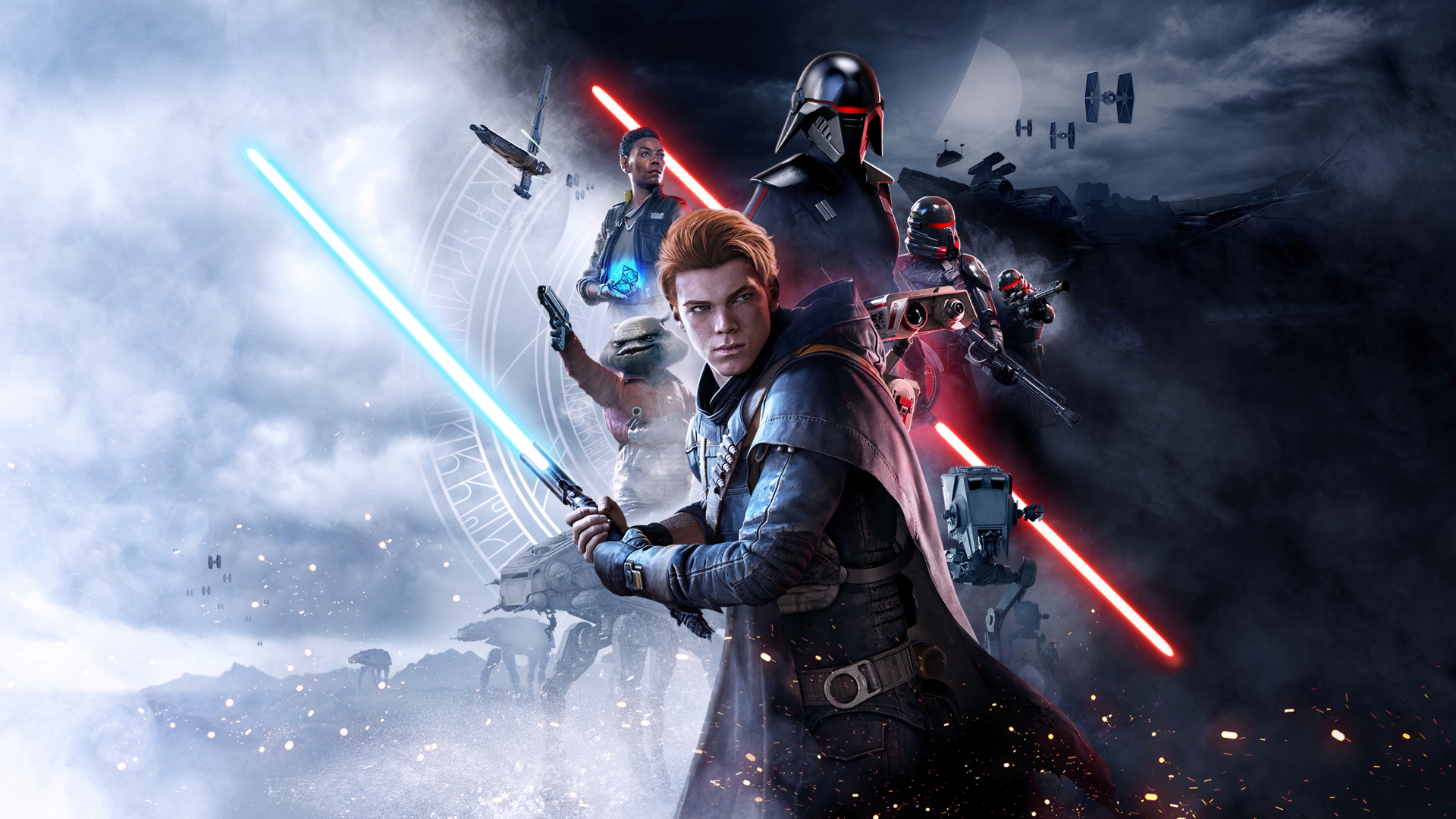 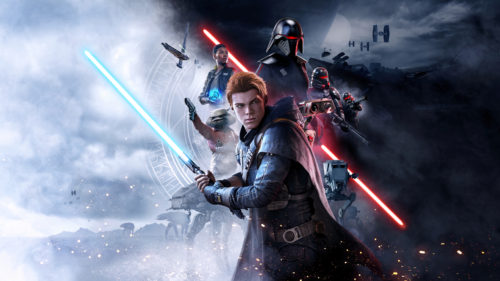 When Electronic Arts (EA) said that single-player games were insignificant during this generation and that live services are the way to go. Respawn Entertainment proved that it’s still an important aspect in video-games — an epic, deep, and emotional adventure that lets players experience a whole new universe. The massive publisher did its microtransaction so wrong in DICE’s Star Wars Battlefront II that it sparked the unity of gamers against its pay-to-win predatory practices.

Every time when we hear a new Star Wars game, all of us tend to step back a little bit and re-evaluate what EA has done to Battlefront II. It made us skeptical about how they will add new aspects of microtransactions into a game like Star Wars again. Respawn, however, announced that its Star Wars game will not have any microtransaction and multiplayer; that it’s going to be purely a story-driven game based in the Star Wars universe. A spark of hope landed into the shadows of its publisher.

I am glad to say that Respawn has captured my heart, gave that hope a meaning to keep going and to never lose trust in them. Star Wars Jedi: Fallen Order succeeds as one of the greatest Star Wars game in history. This success invalidates EA’s business model in the games industry. Gamers like us want to experience more of these compelling narrative-driven titles.

Star Wars Jedi: Fallen Order puts you into the shoes of a young Padawan learner, Cal Kestis, who survived the Great Jedi Purge. As he tried to live and survive the aftermath of Order 66, he finds himself as a scrapper on the planet Bracca until he had to use his Force powers to save a close friend. This prompted the Imperial Inquisitors (first introduced in the animated TV-series, Star Wars Rebels) to investigate this unnatural incident. As Cal tries to escape from the reaches of the Galactic Empire, individuals such as Cere and Greez come in to help, and his best buddy BD-1 gets the spotlight for being an adorable droid. With the Empire at their tail, they are in a quest to restore the fallen Jedi Order to fight back against the Empire and free the galaxy from the hands of the Sith.

The narrative definitely checks out as a Star Wars story and it never deviated from its original source material. The most common error when developers adapt something from a known franchise is they usually alter what we’ve already known. Gladly, Respawn did its research quite so well that they captured every bit of the Star Wars universe so perfectly that the planets of Ilum and Dathomir, and even the Clone Troopers and Star Destroyers, look and feel authentic. If I were to be nitpicky, the Wookies look disappointingly ugly that it validates Leia Organa’s comment in A New Hope: “a walking carpet”. Its strands of hair look so stiff that it seriously needs a shampoo product with smooth care. But setting that aside, if you’re a Star Wars fan and you want to experience an incredibly loyal-to-its-source game, Star Wars Jedi: Fallen Order hits that target outstandingly. There are unexpected twists and cameos, these are things you’ll definitely want to look out for — it’s rather difficult to talk about its story without spoiling too much, so I will leave it be and have you embark on your adventure instead.

You will also appreciate the level of performance from both Cameron Monaghan and Debra Wilson for portraying Cal Kestis and Cere Junda respectively – even better than Sam Witwer, who portrayed Starkiller in The Force Unleashed games.

The story is just one of Jedi: Fallen Order’s greatest feats. But its gameplay is what makes it unique from the other Star Wars game I’ve ever played. The game borrows a lot of features from popular ones like Sekiro: Shadows Die Twice, God of War (2018), and Naughty Dog’s Uncharted.

Jedi: Fallen Order’s combat is more grounded that gets its inspiration from Dark Souls and Sekiro. Engaging enemies in battle can be fun and frustrating at the same time, but it can be too punishing if you make even the slightest of error. As I went through the game in the Jedi Master difficulty, it did pack higher levels of enemy AIs. They are impressively smart as they try to evade your attacks by dodging then counters it once they have an opportunity.

One of the biggest highlights is the Inquisitor boss lightsaber duels. You get to experience first hand how amazing the combat can be when fighting against the Empire’s mighty Jedi-hunters. For example, when you’re faced with the Second Sister, it becomes a totally different experience as you are encouraged to attack wisely and effectively with what you have. These boss battles with the Inquisitors requires more skill and patience to take them down. So if you let your guard down for a few seconds against the Inquisitors, you’ll most certainly get killed. It’s terrifying and also kind of exciting at the same time.

Plus, defeating groups of Scout Troopers with a mix of Purge Troopers has never been so satisfying. It can be utterly daunting at times that it can reach new levels of frustrations but still reward you with a feeling of success from one battle to another.

Going outright hack n’ slash with a lightsaber isn’t the case in Jedi: Fallen Order. You have to be smart yet aggressive at the same time to fully overpower your enemies. Well-timed parries and dodges can save your life when things become too crowded, and effectively use Force abilities, like Push and Pull, to overcome obstacles given by enemies. Better positioning is also key when you battle against various enemies at once. While it sounds so challenging and fun, casual players who might just want to see how the story unfolds with a little bit of challenge might find it too difficult in the normal difficulty setting.

Death was inevitable most of the time. I have to be honest, I haven’t played any games like Dark Souls or Sekiro in the past. So breezing through Jedi: Fallen Order was the toughest one I’ve played in my gaming history. It wasn’t frustrating or annoying, but it definitely put my skills to the test that made my entire playthrough an enjoyable one.

Aside from combat, it also takes some elements from Sekiro. When you die, the last enemy that took the last hit will take your Experience Points away. You will respawn at the last meditation point you’ve rested and you will proceed from there. In order to get the experience points back, you’ll have to look for that specific enemy and simply hit them once with an attack. While gathering what you’ve lost is plainly easy, once you die again without retrieving your lost experience points, then it’s forever gone. Furthermore, resting in meditation points will also respawn recently killed enemies much like the bonfire feature in the Souls game.

Exploration is also one of the key aspects of what makes Jedi: Fallen Order great. Considering that this game borrows elements from metroidvania titles, progressing through the corners of the galaxy in planets such as Ilum, Kashyyk, and Zeffo will give you abilities that greatly expand your option to explore such location. To expound on this claim, there are sections in Zeffo where you are required to have the Force Push ability to knockdown vertical bridges that allows you to access a portion of the map. Another one is the Force Pull that allows Cal to grab hooked up ropes. As you get to unlock these key abilities, you get to freely go back to planets you visited to potentially discover secrets, open chests, expand your health stim count, you name it. This allows even more replayability after you finish the main story if you want to hit that sweet 100% achievement.

As a part of exploring planets with hidden secrets are bound to have puzzles you have to solve and some platforming. This is where Naughty Dog’s Uncharted formula kicks in so well. Places like ancient tombs in Bogano and even the ancient Jedi Temple in Ilum. There are specific puzzles that make you scratch your head as it becomes a little too complex at times especially when you have to use a mix of Cal’s Force abilities to solve them. Solving them can be rewarding, especially those that take a lot of thinking. In addition, these puzzles aren’t rehashed in other sections of the game as each of them does have its own uniqueness.

To even further relate Jedi: Fallen Order to the Uncharted series, the cinematic feel and the visual fidelity it offers pays homage to those who love action-adventure games. Scenes aren’t CGI as it uses its cinematics in-game. The balance of the motion blur, the splendid rendering technique of Cameron’s face using Unreal Engine 4, and the characters’ facial expressions put Jedi: Fallen Order on par with Uncharted 4: A Thief’s End visually. To spice it up even more, there are familiar tracks from Attack of the Clones and Revenge of the Sith that recreates that emotion you get from scenes in the films. I want to give my thanks to Respawn Entertainment for including this memorable soundtracks in the game. Jedi: Fallen Order impressively gets the Star Wars atmosphere right, it’s like you’re watching a 26 hour Star Wars film where you get to control the protagonist.

In the technical side of things, Jedi: Fallen Order is rather an unpolished product on consoles. Freezes and frame-rate dips began to be quite evident in the later parts of the game even on a PS4 Pro. There are times when it annoyingly freezes to load certain assets in the next area, and some lower resolution textures that take its time to fully load. It breaks the immersion a little bit, but it’s not something entirely game-breaking. I have both PC and PS4 versions during, and with the EA review copy to be a PS4 one as well. As I want to do a review of the PC version, I have to at least comply with what the publisher has provided us to have this review coverage out. So expect a benchmark article for the following gaming PC specifications I currently have here at home: an AMD Ryzen 7 2700, an RTX 2070 8GB, and a 16GB RAM.

Respawn seriously needs to have a patch out for the console version as it can be an experience-breaker for some.

Star Wars Jedi: Fallen Order came out as a surprise. While it initially had bad press after the first gameplay trailer came out, Jedi: Fallen Order exceeded my expectations. Jedi: Fallen Order wasn’t dull or lackluster, there were big surprises that pushed me back from my seat, tons of memorable moments, the combat was definitely fulfilling, and it stayed loyal to its source material. While it’s not a technical marvel, I’ve never had this level of fun in any video game this year and I’m certainly glad that Respawn Entertainment delivered one of the greatest Star Wars games in history.

Star Wars Jedi: Fallen Order – Review
Score Definition
Almost perfect if not for the nitty-gritty. If it’s quite there but not enough to push the boundaries, it’s still an awesome game.
Pros
Outstanding Combat Mechanics
Compelling Story w/ Great Cameos and Surprises
Bogling and BD-1 are definitely adorable!
Impressive Character Portrayal from the Actors
Cons
Technical Issues That Plague The Experience
9.5
Excellent