That crossguard lightsaber? That needs a new fighting stance to use. 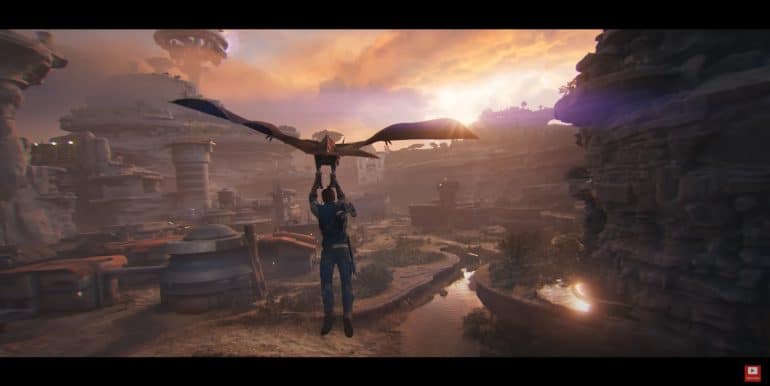 Star Wars Jedi Survivor game director has recently shared some new details about the game like the new fighting and traversal abilities.

Game Director Stig Asmussen recently spoke with media outlet Game Informer to discuss the new inclusions in the sequel. Survivor is five years after the events of Fallen Order and continues the story Cal Kestis.

Asmussen revealed that since the original, Cal’s abilities have now evolved. It was revealed that he has five fully realized fighting stances now.

The game director then revealed that the new stances will include a dual-blade option. There is also a new blaster and lightsaber combo, which really feels very new to the series.

In this sequel, Cal is now in a time where the dark times have arrived and he is doing his best to do whatever it takes. He is now doing a lot of unconventional things that the Jedi Order would not want to do. There was even a new crossguard lightsaber that was the same as Kylo Ren’s red lightsaber. It seems Cal will have to use a different stance to wield it.

“It’s a more confident approach,” Asmussen said. “It’s weighty; it’s beefy. But you have to be very measured on how you use it because the timing windows are longer with the blade.”

Exploring the game world has changed as well. There are new ways to traverse like using the ascension cable which allows Cal to climb cliffs. He can also tame and ride creatures for easy traversal.

“It’s much of a wider Metroidvania approach,” Asmussen said. “Cal can cross huge gaps by chaining several types of skills together. But it’s also about how we approach these mounts and how they’re used to negotiate and dominate the world.”