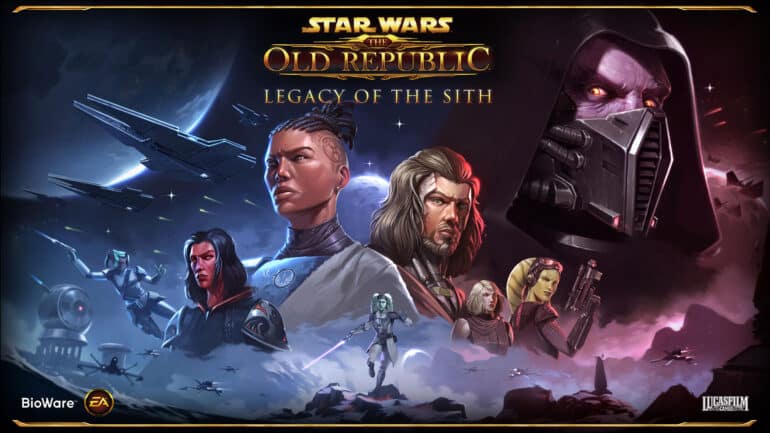 Star Wars The Old Republic Legacy of the Sith expansion is finally launching next month for subscribers of the game for free.

BioWare recently revealed the announcement on a livestream held last night. It showcased the expansion’s story and locations and how it will expand next year. The expansion will be released on December 14, 2021 and will be free to subscribers of the game.

Legacy of the Sith will be launched to celebrate the 10th Anniversary of Star Wars: The Old Republic. BioWare also stated proudly that this expansion will be the signal to start the next ten years of the game.

Legacy of the Sith will be set in the planet Manaan. This is where players of the Knights of the Old Republic are all familiar with. This the water world where they get attacked by a lot of sharks. In this expansion, players will be looking for the renegade Sith Darth Malgus and what are his plans. He will also be catching up with a lot of returning story characters like Tau Idair, Arn Peralun, Major Anri, and more.

Together with the launch of the expansion is a new update that will add the new combat style system. It will allow them to choose combat abilities of different classes from level one rather than wait for them to get to level 10.

Star Wars The Old Republic is now available on PC.