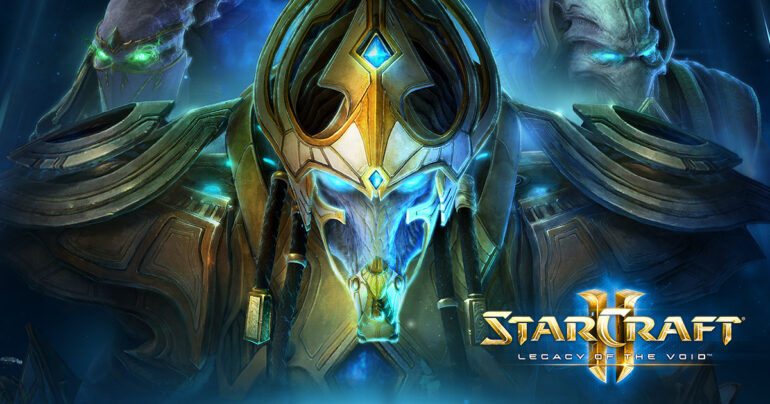 We do apologize for being inactive. The Sirus team has been busy for the past few weeks and we’ll work on giving you guys the updated news, reviews, and features in the industry. Thank you!

The end has come and it’s been 17 years since the first StarCraft game was released. The final chapter of the StarCraft II trilogy has come and it’s focused on the advanced-psionic based race, the Protoss. StarCraft II Legacy of the Void is the third and stand-alone expansion developed by Blizzard. Now, here is our full review of the final story in the Koprulu Sector.

StarCraft II: Legacy of the Void is a real-time strategy with 3 core races: the Terran, the Zerg, and the Protoss. Legacy of the Void concentrates on the Protoss’ story. The narrative takes place after Heart of the Swarm when a xel’naga – an unknown race who created the Zerg and the Protoss – from another universe tries to cleanse the Koprulu Sector from all suffering and to end a cycle which was created by the xel’naga themselves. 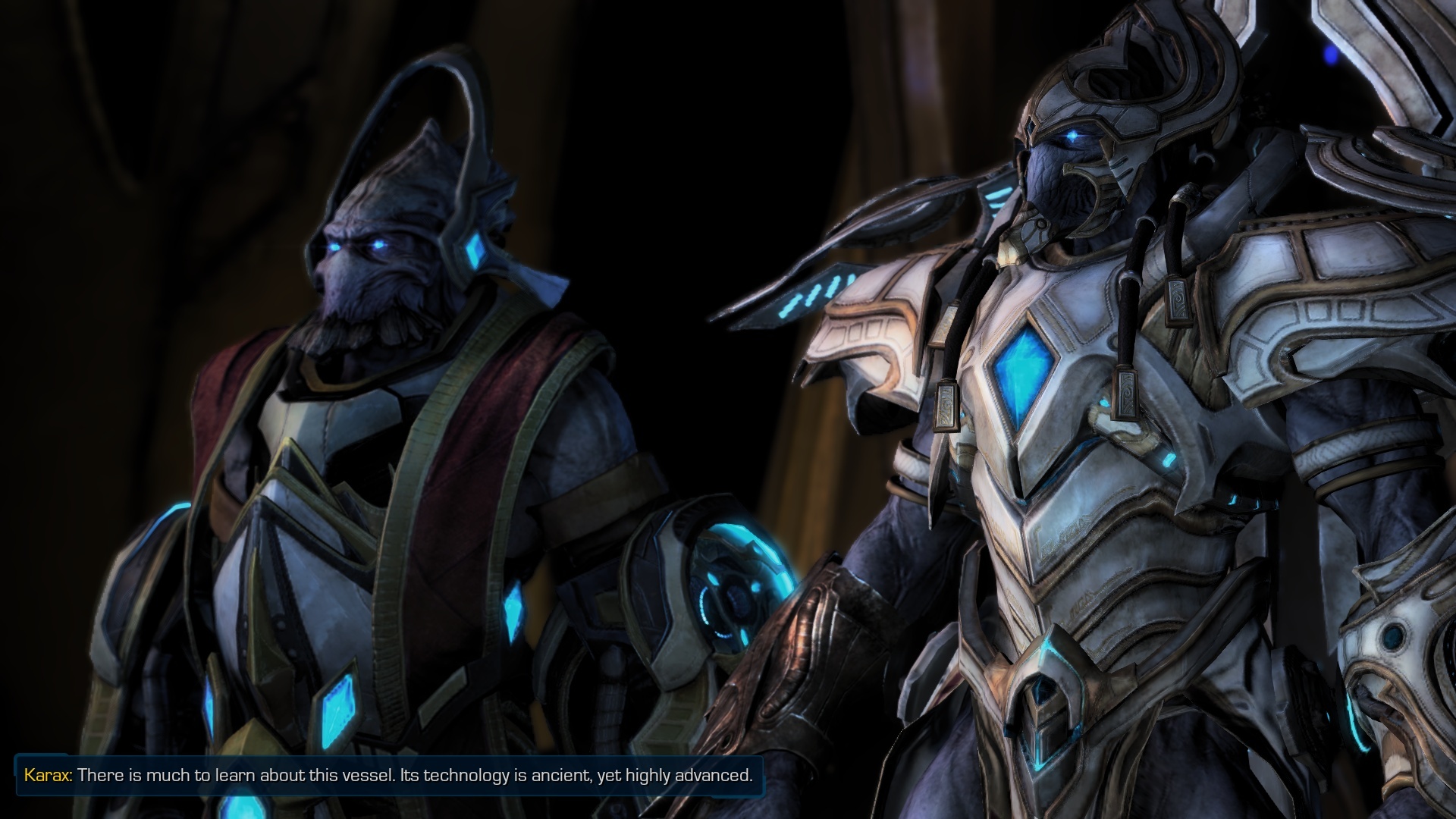 The story follows the adventures of the young Hierarch, Artanis, and the dark Templar, Zeratul. Both of the brave Protoss must venture in the depths of the universe to unravel the truth about this new threat that plans to destroy all living lifeforms, Amon. The story was well-written and greatly connected to each of the previous expansions; it showed the traditions and principles of the Protoss which were never revealed in the first StarCraft game. With the well-diverse story of Legacy of the Void, the dialogue was considerably emotional. In addition to the compelling story that was well narrated by Blizzard, they also have this consideration of having old computer hardware run their game without any problem. This is really a great move by Blizzard, they did not just focus on the graphics but to the story and gameplay.

Graphically, Legacy of the Void still looks great despite the game running on a 5 year old game engine since it’s an expansion of StarCraft II: Wings of Liberty; they still did not sacrifice the visuals but to put balance between gameplay and graphics. What I noticed is that there are artifacts flickering on the ground which made it annoying and unplayable when running on 64bit mode; when I tried running Legacy of the Void on 32bit mode the flickering artifacts went from minimal to none. Aside from graphical issues with flickering, the UI (user interface) of the game went back to classic brood war style of selecting race campaigns. It gave me the feeling of nostalgia seeing those 3 platforms with characters of each race when selecting a campaign. A great move indeed. 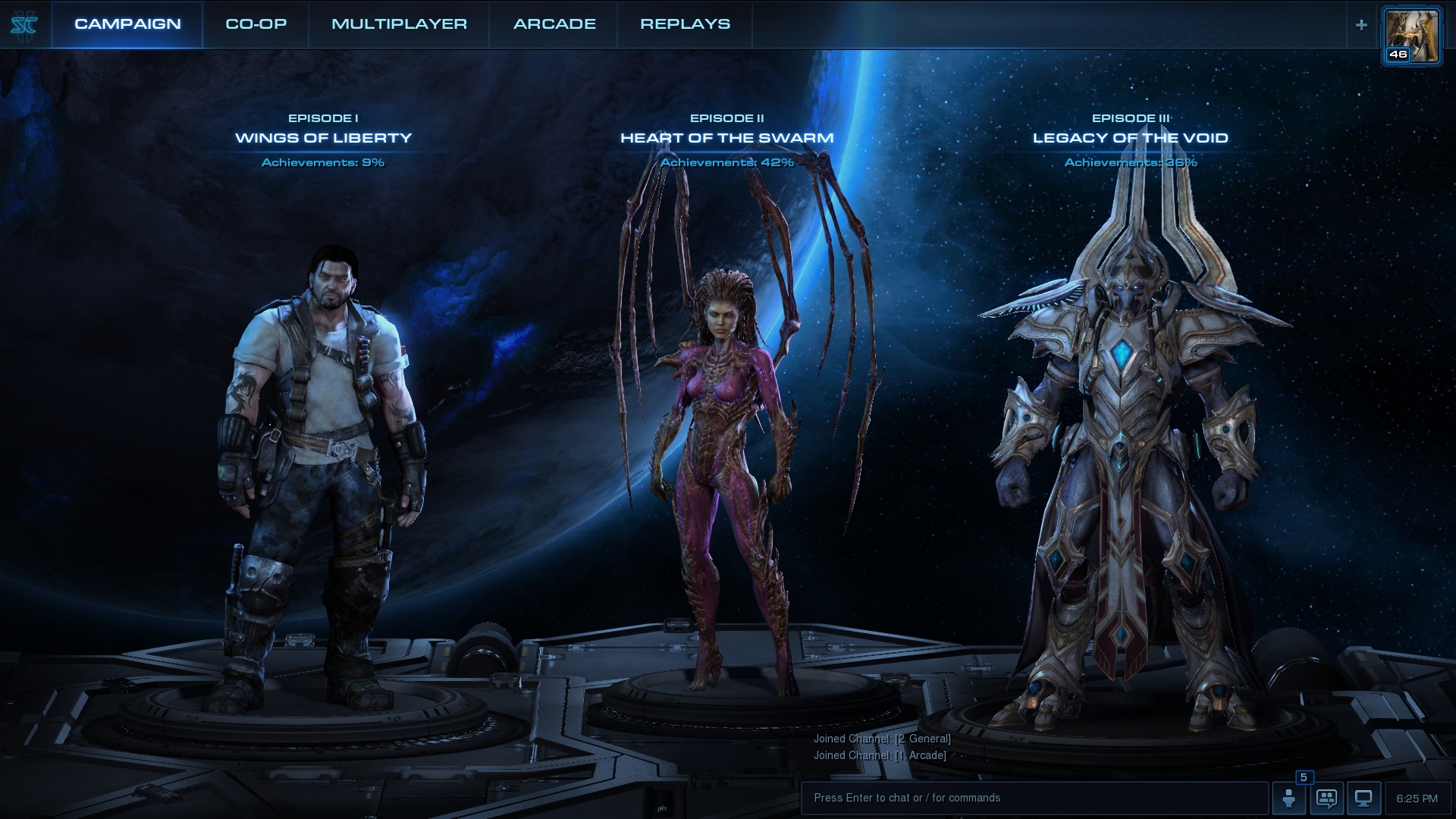 Putting its visuals and flickering artifact problems aside, Legacy of the Void’s soundtrack hooked me up to listen “The Stars Our Home” as it was really emotionally impacting, it gives an inevitable destruction but with the hope of surviving feel. It fits well to the Protoss race since they are considered to be warriors with great traditions and culture that molds them who they are. The soundtrack is also a must-have if you like listening to musical scores. Aside from musical scores, one important aspect in the sounds category is the voice acting. Artanis was presented by Patrict Seitz and all I can say the voice acting was spectacular. He was able to portray Artanis as a brave-heroic and optimistic Protoss leader.

When we talk about graphics, musical scores, and stories there will always be gameplay. Gameplay is very important element of all games. Legacy of the Void is an RTS game and also an expansion so that means the gameplay will be similar previous expansion and as well as the original game but with added features, new characters, game modes, and more – the balance of the multiplayer aspect is yet to be discovered as I need to get back into ranked matches and also the all new ARCHON MODE and COOP Missions. The game brings back the old favorites: Lurker, Reapers, Corsairs, Arbiters, Dark Archons, and more. It gives the nostalgia to all fans of StarCraft and it’s also a great addition to the final chapter of the compelling StarCraft II trilogy. But you can’t use all of these old units in the multiplayer though unfortunately. 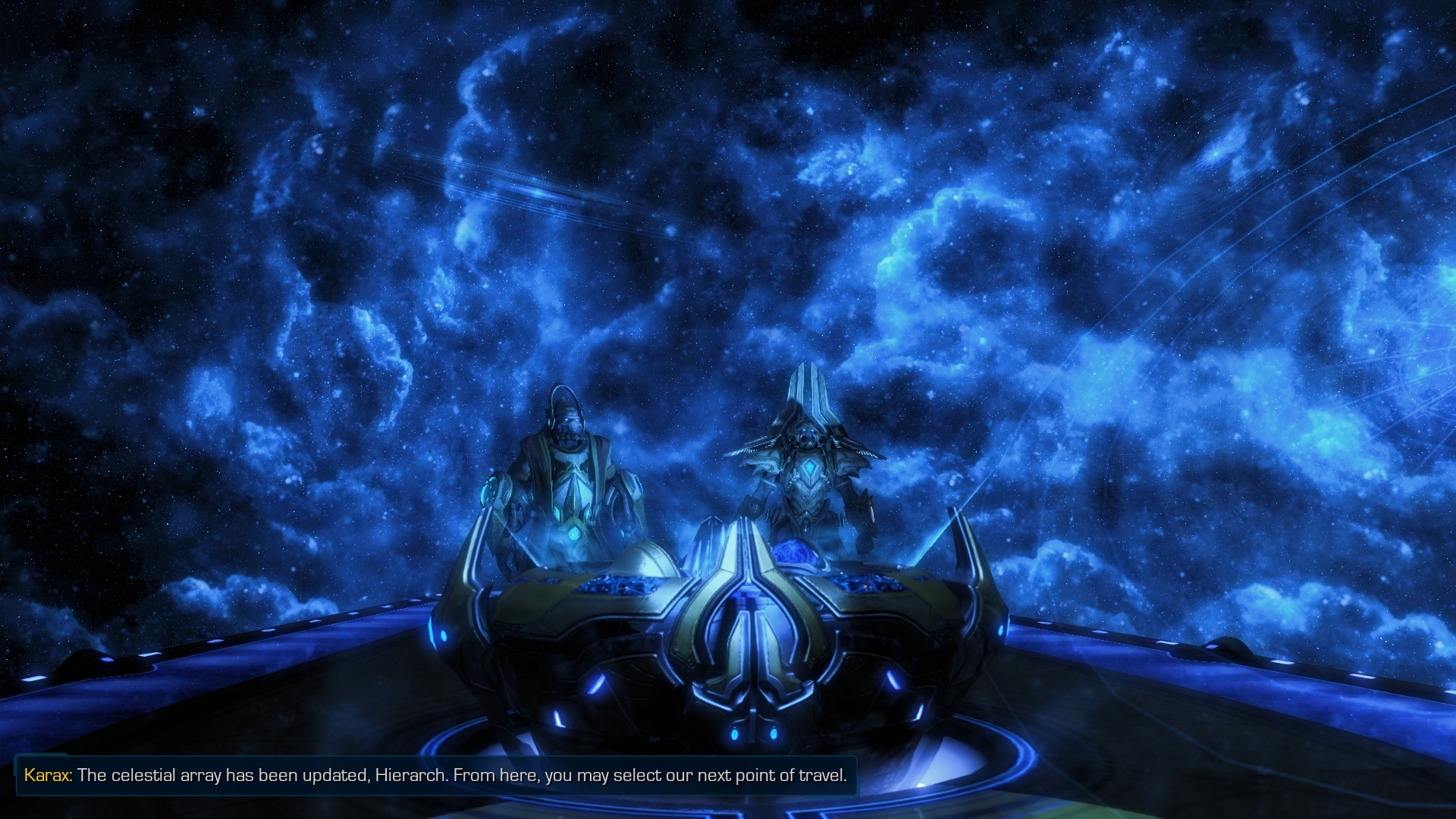 Similar to the previous episodes, the RPG-element of the game is still in place. You can still talk to characters in the Spear of Adun like what you can do in Wings of Liberty and Heart of the Swarm. However, you won’t be able to use Artanis in-game as much as what you were able to do with Kerrigan in Heart of the Swarm; but you’ll have good support for your army from the biggest starship in the Koprulu Sector, the Spear of Adun. It can also be overpowered which can turn the tide of each battle in Legacy of the Void – similarly like how overpowered the Protoss in multiplayer.

I wish there were side-quest missions to achieve upgrades like the Evolution Missions that was featured in Heart of the Swarm. With this kind of side-missions make Legacy of the Void a game you can finish within 24 hours in Normal. 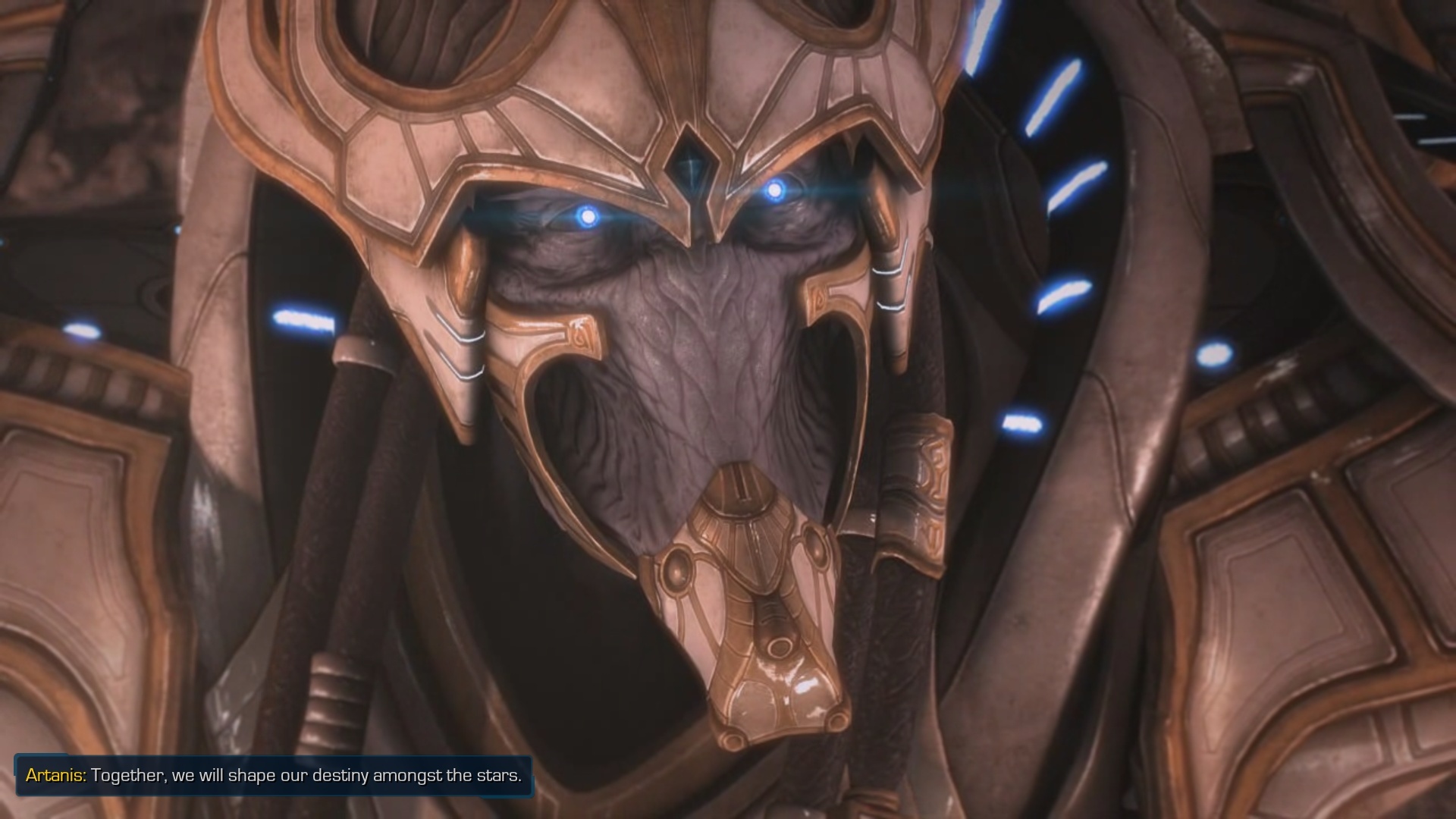 Instead of having Evolution Missions to upgrade your units, you have to complete missions to get your additional forces for your army from different types of Protoss. You can get to choose what type of Zealot or if you want to use a Dragoon or Stalker in your army. There are variations for you to decide for a death ball army that can help you with your missions against the Dark One – which I think is not a bad path for a Protoss-centric game.

Overall, Legacy of the Void is a great epic final chapter with a compelling story that answers all of your questions about the Void and the Queen of Blades’ purpose. With eSports growing, the multiplayer aspect of Legacy of the Void is indeed going to be still a success. StarCraft II: Legacy of the Void gives what a final-chapter should be. The compelling story of the Protoss and their struggle to fight for their freedom and legacy marks the closure of the StarCraft narrative; with having all of the old favorite units back makes the trilogy complete. En Taro Artanis!En Taro Zeratul! En Taro Adun! En Taro Tassadar! And En Taro Artanis!