With New Atlantis as the biggest city of them all. 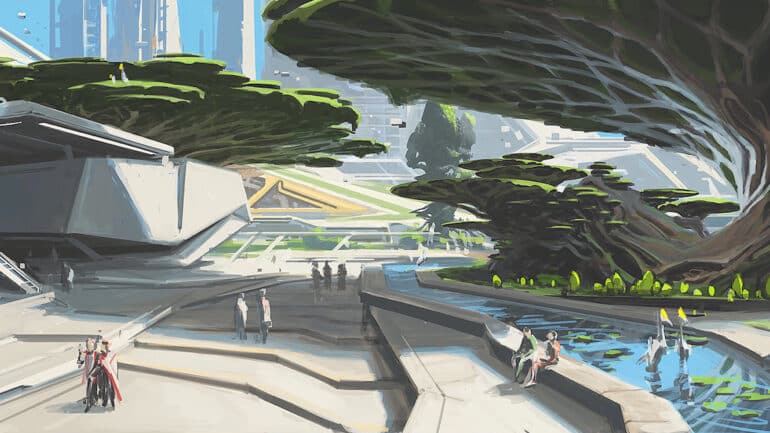 Director Todd Howard recently revealed new details about Starfield and in particular about the cities to explore.

Howard spoke with media outlet IGN in an interview revealing the number of major cities that players can explore in Starfield. According to him, it will have four major cities and that includes the biggest one, New Atlantis. He even revealed some interesting details of this big city New Atlantis.

New Atlantis Bigger Than Previous Cities from Other Titles

The director revealed that this is the biggest city that Bethesda has ever made and that means all games they have made prior like Fallout 4 and Skyrim. This gives fans a lot of land to cover in exploring and also that means there could be a lot of NPCs to meet in this big city.

New Atlantis Has it All

Players can do a lot of things here and Howard even said that this city will have ALL the services that one could expect. They can work on their ship here and possibly all of the factions are here. This could be the point where they can meet up with the representatives of each faction and show their allegiance to.

“But that’s also the headquarters for Constellation, which is the faction that you join that is the last group of space explorers – kind of this NASA-meets-Indiana Jones-meets-The League of Extraordinary Gentleman [group],” Howard revealed. This will be the main hub for this particular faction, but surely other factions might be showing up in this city since it is the biggest city to visit.

Howard shared that the main quest will be mostly taking place in partnership with Constellation and that means it will all be in New Atlantis. This city will be heavily involved in the main quest, but other cities might offer tons of side quests as well.

Starfield will launch in 2023. It will be available on PC and Xbox Series X/S.