No need to talk, only needs a chatbox. 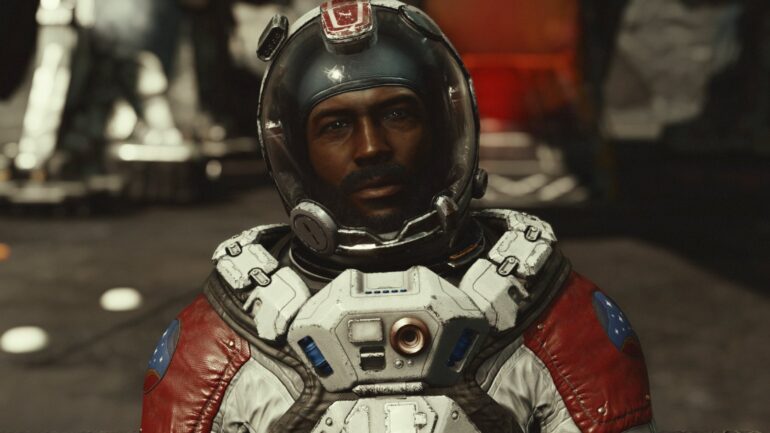 The Starfield protagonist will have a similar feature that previous Bethesda protagonists have in their respective games.

Starfield was recently showcased during the Xbox and Bethesda Games Showcase yesterday and for the first time, gameplay. It was a highly ambitious game with many features like ship building, over 1000 planets and hundreds of systems to visit, high-action shooting gameplay, alien flora, alien lifeforms, spaceship fights, and many more. It was a game that many space exploration fans have been waiting for.

Similarities with No Man’s Sky

The game does have some similarities with another game, No Man’s Sky like its space exploration, resource gathering, discovering life forms, building planet outposts, and many more. They do have their differences but there are a lot of similarities.

Also, fans have noticed something during every gameplay trailer shown during the showcase event. Not once has the protagonist speak with the ones they are talking to during dialogue. This seems all too familiar for players who are fans of Bethesda games. It has now been confirmed by Bethesda in a new tweet.

According to the tweet by Bethesda Game Studios, the Starfield protagonist will not have a voice in the game during dialogue. The team also confirmed that in dialogue, the player’s character will be in first person view, just like in previous games like Fallout or The Elder Scrolls. Previous games by Bethesda always have the same features, giving it the silent character vibe, which is not a bad thing at all.

Many fans like the idea of a silent protagonist as it helps with immersion. Others say that without a voice would speed up the dialogue as they would not have to wait for it to end. The critics are saying that a voiced protagonist should be the norm now, but these are just the minority.

Starfield launches on 2023. It will be available on PC and Xbox Series X/S.