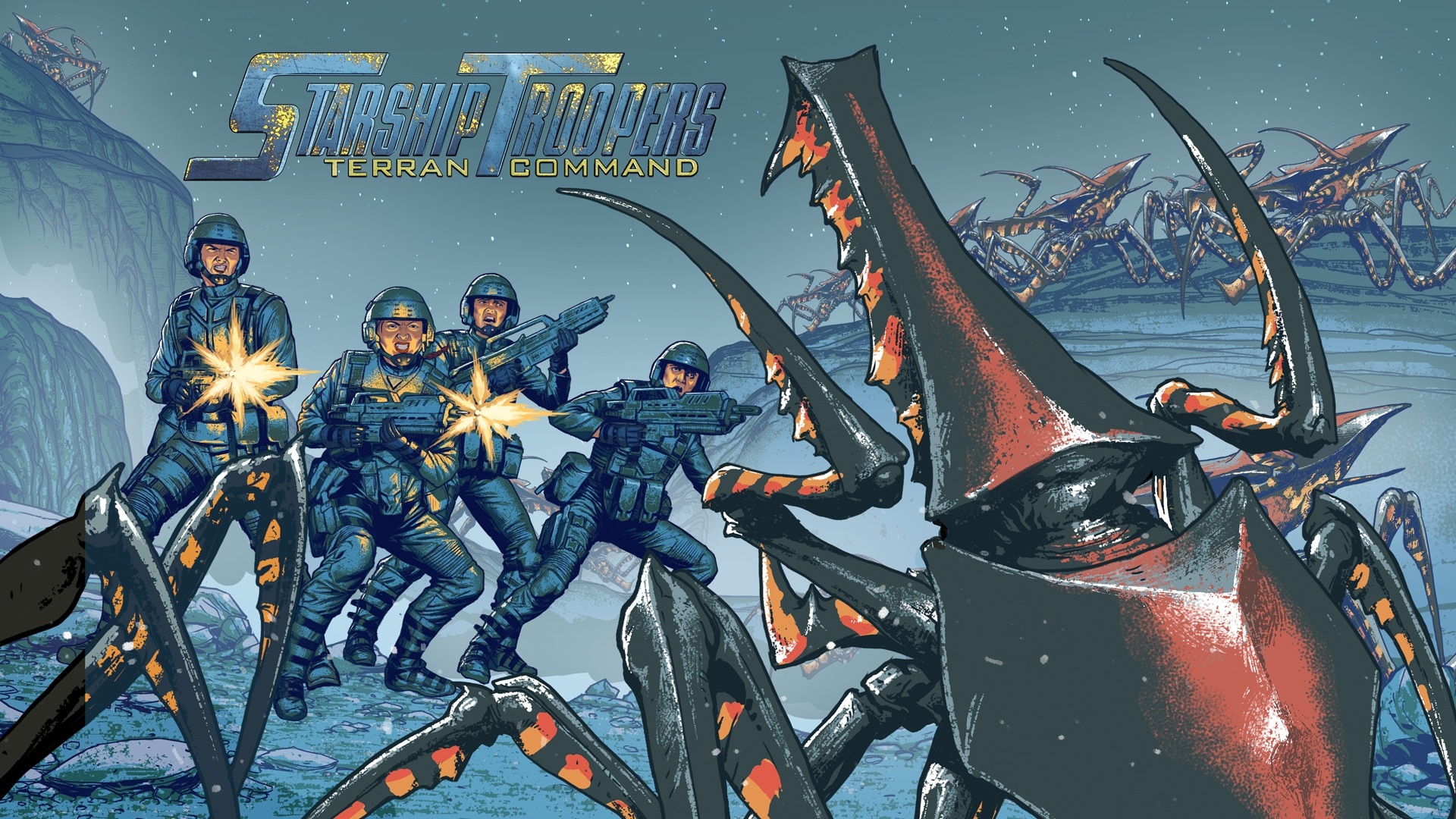 Starship Troopers Terran Command Impressions – May live up to expectations

I haven’t been this excited for a game since the announcement of Star Wars Jedi: Fallen Order a few years back, and when Slitherine Games revealed they are publishing a Starship Troopers real-time strategy game from The Artistocrats, I was stoked. It’s been rare to see a Starship Troopers game since the inception of Strangelite Studios’ first-person shooter adaptation of the IP in 2005. The game was undeniably horrible, dated visuals, marred with technical issues, and wobbling AIs.

But The Artistocrats took the helm of developing its own video game adaptation of the cult classic IP based on Paul Verhoeven’s 1998 film. Instead of shooting its way to the FPS circle, they went for a real-time strategy game with some similarities from Starship Troopers Terran Ascendency by Blue Tongue.

We were given the chance to play the demo ahead of everyone else before it goes live today at the Steam Next Fest.

Starship Troopers Terran Command isn’t what you call your typical RTS. You don’t build a lot of structures, but rather, give you a Radio Bunker to call in a command center post or deploy a support center. Each of the buildings is required to train specific unit types such as the Radio Operator, Snipers, Engineers, and a couple more.

The demo only has 3 levels in the Kwalasha campaign: Pacification, Hole Patrol, and Peace of Mine. The first mission simply acts as a tutorial phase, teaching you the basic ropes of Terran Command like capturing a radio bunker to deploy reinforcements and line of fire positioning. Your platoons can’t fire at the enemy if there is another platoon in the way, so positioning is definitely key during engagements. The second mission expands the tutorial by explaining how it’s important to close a Bug hole, and the final mission in the Kwalasha campaign is probably my favorite thus far.

In the final mission called ‘Peace of Mine’, you’re tasked to clear out the mines infested by arachnids as miners are to resume work while defending the main outpost from waves of bugs with two different variants such as the Spitter and Hopper, leaving you no choice but to quickly gather supply stashes scattered around the map to increase the unit cap.

Micro-managing the entire Mobile Infantry was definitely enjoyable, splitting my platoons to complete all the objectives. But the mission felt easy in Normal mode (3-stars), the bugs weren’t much of a threat as I expected them to be, and the decision of cranking up the difficulty level to Challenging (4-stars) made the entire experience worthwhile.

The bugs were tough to bring down, making constant movement and re-positioning was the key factor to winning against the arachnids, and that’s when the issue began to surface. The constant unit pathing jitters made it difficult to position my platoons effectively, losing them quickly in tight corners like an amateur felt frustrating but also encouraging. The feeling of wanting to get that perfect angle and platoon positioning was there, and I managed to overcome that at least.

As we discuss the technical side of things, Starship Troopers Terran Command’s visuals are great. The level of environmental detail can be commended especially coming from an indie studio such as The Artistocrats, plus the consistent 60 frames per second at Ultimate presets on an RTX 2060 is impressive. It’s also worth noting that while the dialogue is often cheesy and sometimes consists of dry humor, the satirical political tone of the 1959 book by Robert Heinlein still lingers which is a plus for die-hard fans.

There’s nothing much in the demo aside from a quick taste of what probably is in store for fans of the Starship Troopers IP. But the Starship Troopers Terran Command demo was surely enjoyable in higher difficulties, and by the looks of it, there’s going to be more missions that’ll be more intense and exciting. I can’t wait to know more!

Starship Troopers Terran Command is going to launch later this year, and the demo will be available beginning October 1 at 8:00 AM PT to October 7 at 8:00 AM PT during the Steam Next Fest.