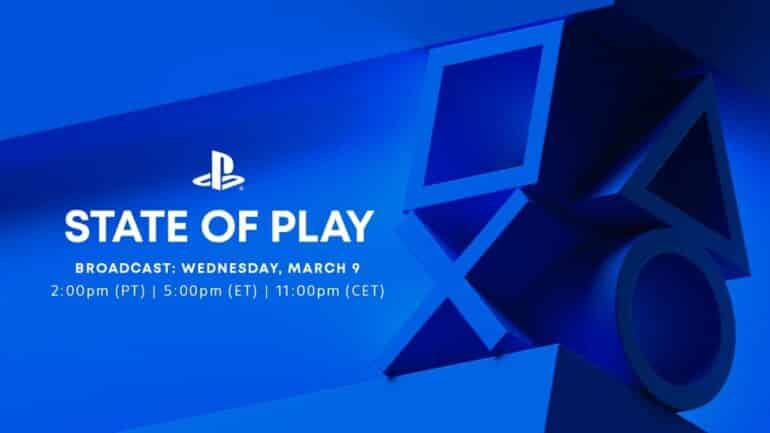 Sony Interactive Entertainment has announced there will be a new State of Play broadcast tomorrow.

The upcoming State of Play broadcast will be focused more on upcoming PS4 and PS5 games. According to the official PlayStation Blog post, it will clock in around 20 minutes and will have a special focus on highlighting great games from Japanese publishers. There will be a few updates as well from other developers that are from different regions across the globe.

SIE clarified there will be no updates on PlayStation VR2 titles or any hardware during the broadcast. It is possible there will be another broadcast at a later time that will feature the titles by then.

State of Play: What Time Will the Broadcast Air?

According to SIE, the upcoming State of Play will broadcast tomorrow Wednesday, March 9, 2022 at 2 PM Pacific/ 5 PM Easter/ 11 PM CET.

Where Can We Watch the Broadcast?

Fans and newcomers can watch the State of Play broadcast live on Twitch and YouTube.

Of special note, the broadcast will have copyright content and PlayStation does not have any control of that. Streamers and creators will have to turn off the music if they want the video to stay on their livestreams later.