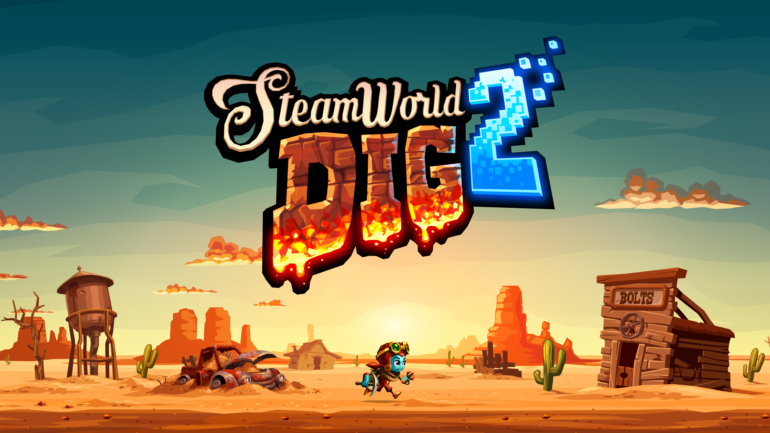 Remember the days when 2D platformers were the ones taking over the game industry, when Mario and Metroid proved that 2D games can be dynamic because of the secrets and puzzles they put in their stages, Steamworld Dig 2 has perfected and re-envisioned what Metroid and other 2D games had accomplished – making a simple but enjoyable world filled with surprises and hidden places that are fun to explore. Sure, it may not be like those games, but Steamworld Dig 2 is more than you can ever imagine.

Steamworld 2 is a direct sequel to the 2013’s Steamworld Dig, it is also the fourth installment of the series. The game was developed and published by Image and Form, a Swedish video game developer and publisher. This game is available in the Nintendo Switch, PC, Playstation 4, and PS vita. I would have preferred to play this game on a handheld device such as Vita and Switch, because of its design and gameplay.

But I played this game on my PS4, and man I had fun. 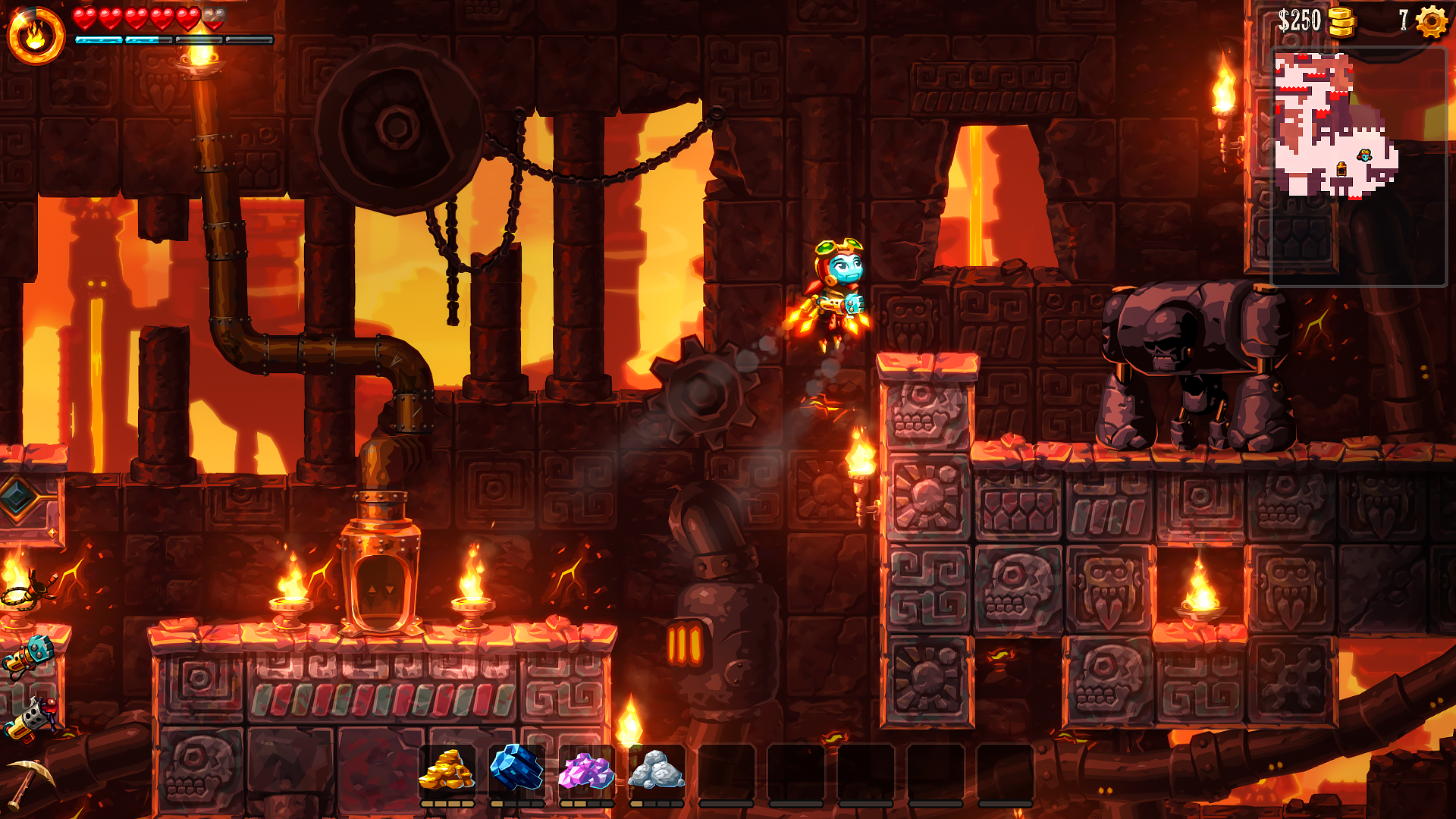 This game comprises mainly of digging – at the beginning of the game you are already equipped with a pickaxe and a small bag. As you progress, this simple item can be upgraded, using the resources that you gathered across by digging. Upon digging, you will find different kinds of minerals and gems underground, you can sell these items for upgrades and money. The higher the upgrades, the easier your digging gets, but as you progress, the game will require you to level up and upgrading in some areas can be frustratingly difficult.

Exploration is the key for this game. The world you explore is formed entirely by blocks, some of which you can break and some you cannot, and if you break blocks carelessly you might diffidently lose the chance to discover hidden areas, so you can’t just can’t dig without thinking. Breaking a lot of blocks can also cause some hidden areas to become unreachable. 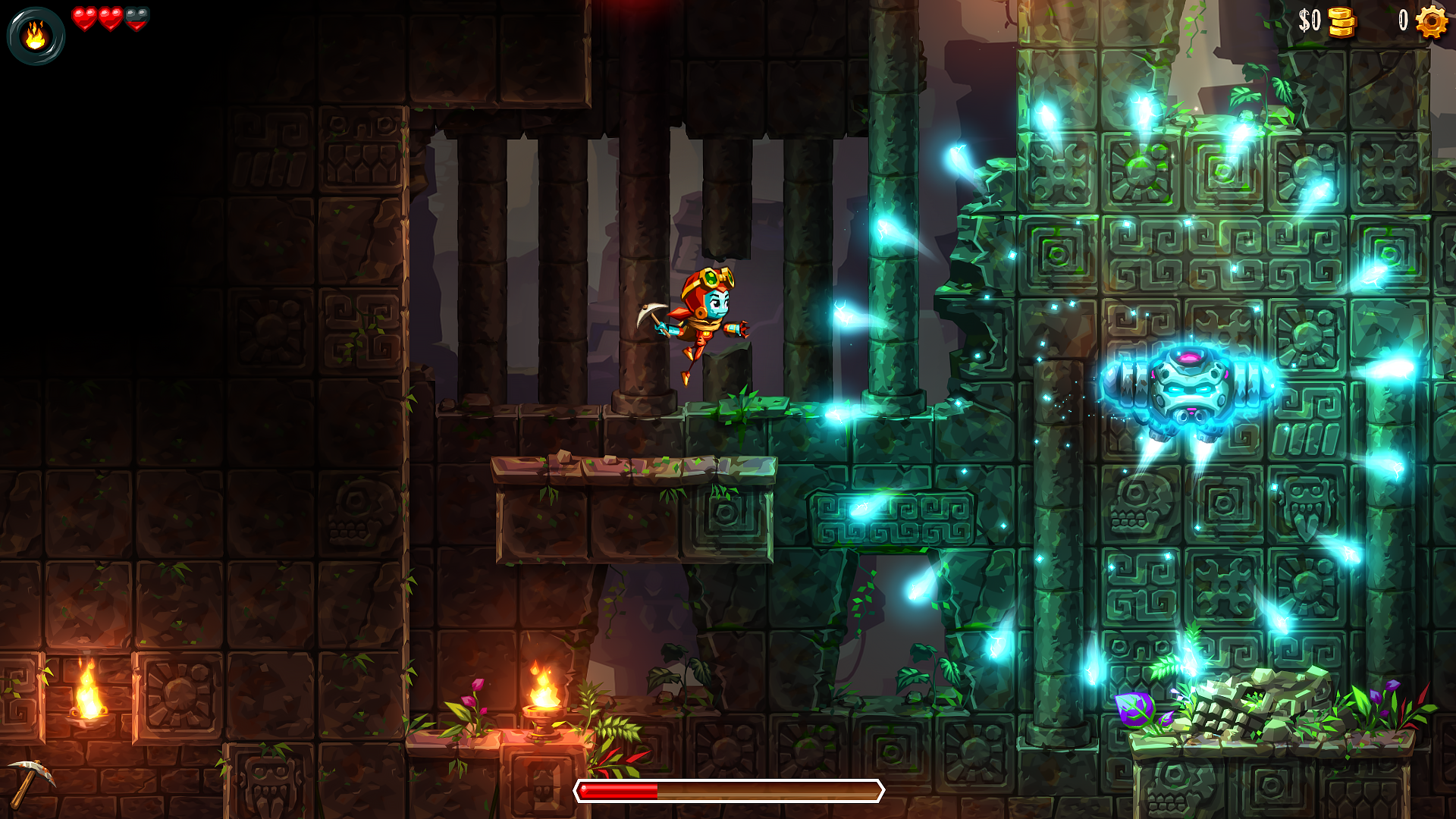 This game is as complex as puzzle solving, it makes you think ahead before making a move — sure you can stick unto walls and climb just like in the Megaman X series, but not all areas can be reached that way.

As you progress, a lot of upgrades can be unlocked, upgrading your pickaxe can break harder blocks easier and faster, and along the way you will discover a lot of weapons/equipment to use for your digging. Examples of which are the pressure bombs, where you can break blocks in a distance using water as your bullet; hydraulic limbs, which allow you to sprint and jump higher; drilling arms, to drill your way faster; and my favorite, hookshot, where you can pull yourself to a block.

RPG elements for a game about digging? Yes, and it works like magic. You gain experience by defeating some enemies, although the varieties of enemies are so limited. I hope in their next series they will add more enemies to deal with. The experience and level you get can strengthen your character and can make your digging faster.

Visually it’s adorable, the design of the area may be pixelated and cartoonish but the colorful wild west theme really captures the experience of the game. Also as you progress, you’ll notice some of the areas have different themes, from wild west to the steam punk theme, even futuristic. Every area is worth the exploration because of the complexity of each area design. Music? Well, for me it really suits the wild west theme of the game, it’s so relaxing and pleasant to the ears. 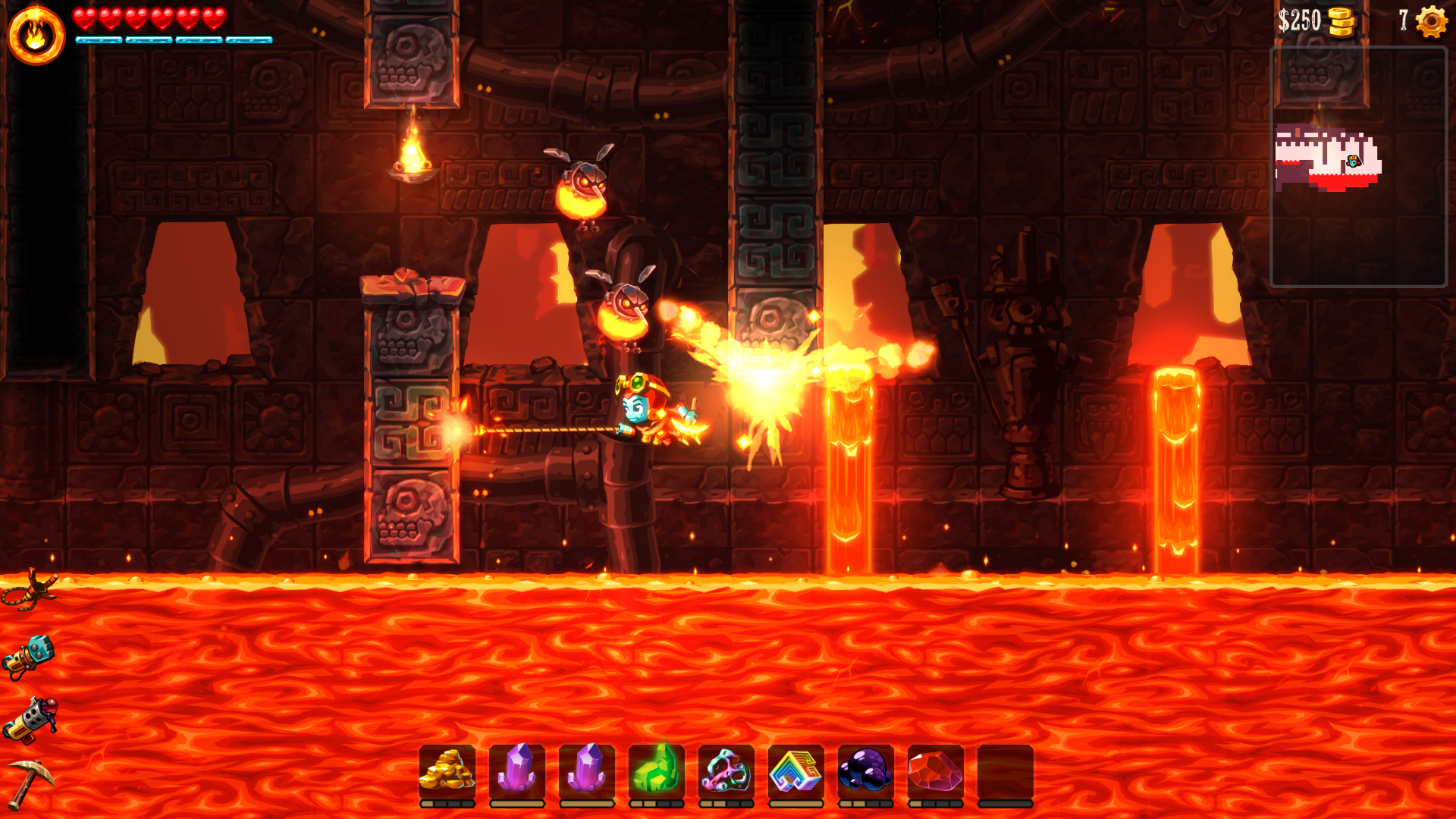 Overall this game is one of the reasons why one should buy a Vita or a Switch. I’m not saying it’s bad on the PS4 or the PC, but for me this game is really better on a portable game console. The game mechanics are not so original but it delivers what I want for the sequel of the original Steamworld. This is one of those $20 games that is worth every penny, though this may be a simple platformer, but a rather ambitious one. I miss the old 2D platformers like Metroid and Megaman X, and this is by far the closest new IP to those games that I so adore. 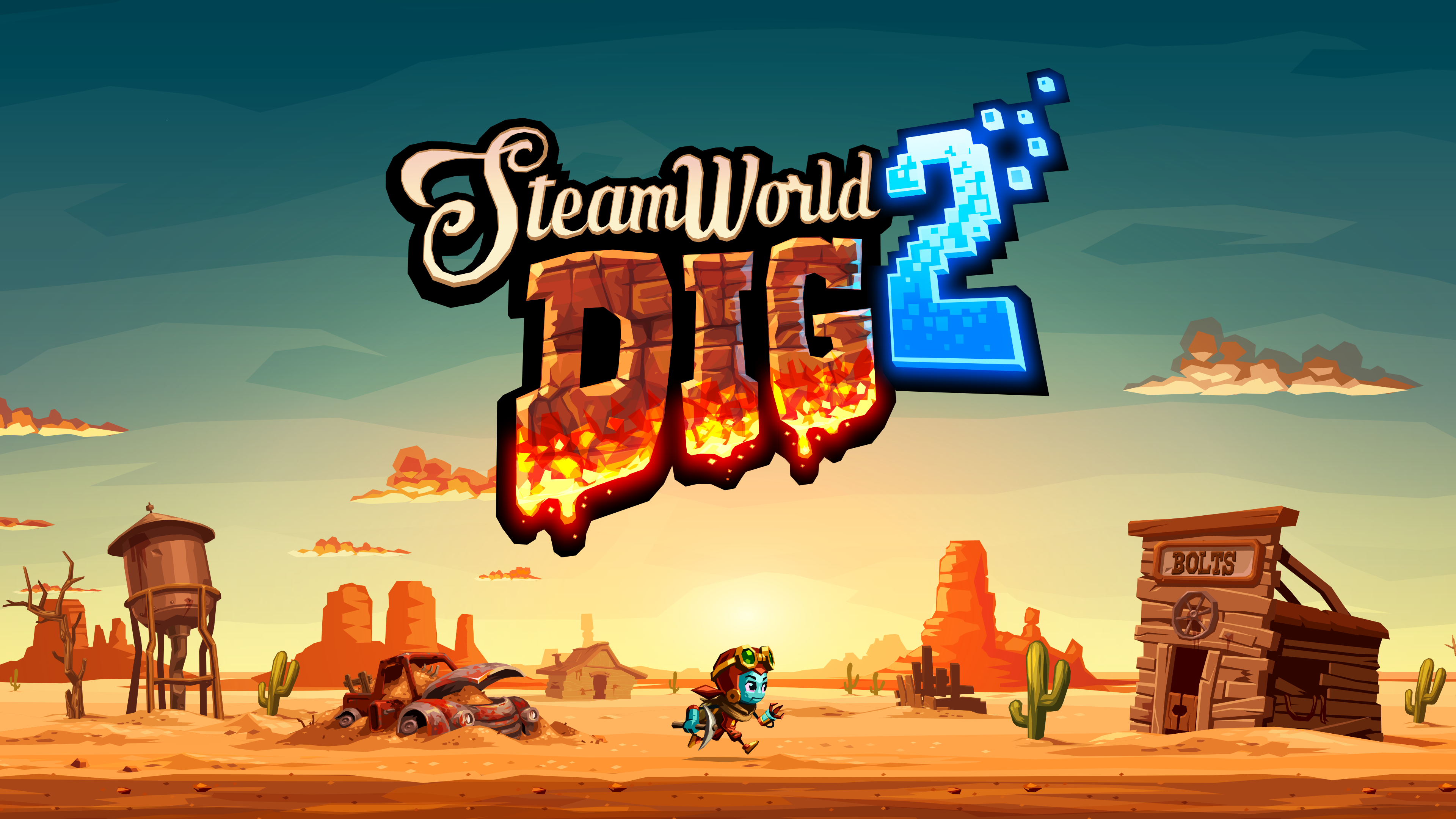 Steamworld Dig 2 - Review
Score Definition
When the issues of a game are rolled and stomped by its greatness, then it’s something to invest on if you have some spare.
Pros
Fun to explore
New abilities
Fast and smooth gameplay
Cons
Too short
Enemies are too limited
8.5
Great