Cheers, little guy. It's almost your time to shine. 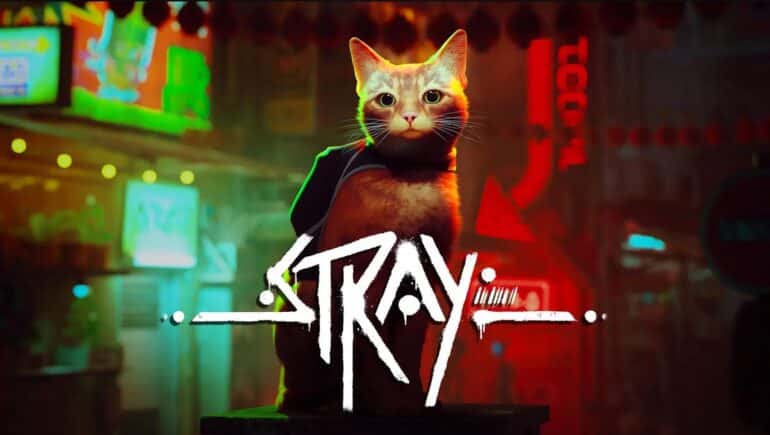 We all knew that Stray was going to be new and innovative for the platformer genre. But what we weren’t expecting is for the whole game to release as part of PlayStation Plus Extra and Premium on Day ONE.

On top of that, we got a release date for Stray and this cute little guy during today’s State of Play, It’s coming out on July 19th, 2022.

This is Stray and its creative process as described by Swann Martin-Raget, Producer, BlueTwelve Studio.

Stray – Bringing it all to life

Trying to control a cat – whether it’s in real life or when making a video game – is definitely not a walk in the park! From the very beginning, we knew that the controls and animations of our star character needed to be absolutely spot-on in order to properly convey this exhilarating feeling of skills and movement. So Miko, our cat animator, took the challenge to heart and spent considerable time looking for images and video references.

The good and somewhat surprising thing we found is this: It really seems that the whole internet was basically invented for the sole purpose of hosting loads of cute cat pictures and videos! So we ended up having a lot of very good material to work with for references.

Also about 80% of the people from the team are cat owners (or are being owned by a cat depending on how you look at it) and we even have two cats in the studio working with us almost everyday! They are called Oscar and Jun and – even if they are not the most productive employees to be honest – they definitely add a lot of cheerful liveliness to the studio.

Seeing them interact with objects around the office (even sometimes shutting down our computers at the worst possible moment!) gave us quite a lot of inspiration for the various cat interactions that are possible throughout the game. And of course they all have been reviewed and approved by Jun and Oscar themselves!

But all of those efforts bringing the cat to life were made so that people can properly enjoy exploring as a cat in the game. We are so excited to finally be able to show a glimpse of some new environments like “Antvillage” in our release trailer which is this village built around a huge reservoir. It’s a good example of how the cat’s exceptional abilities allow us to have more freedom in our level design, especially vertically to explore highs and lows in the world.

When we decided to add the backpack and the small drone called B-12 that follows the cat everywhere, it opened up a new layer of ways to interact and learn about the environment for us. Especially the ability to talk with the characters of the world was really important to convey some fundamental points about the environment or learn a bit more backstory from several of its inhabitants.

What is the Stray Release Date?

Stray will also release as part of PlayStation Plus Extra and Premium on July 19th, 2022 alongside its normal release.