As requested, here's what happened to Ken! 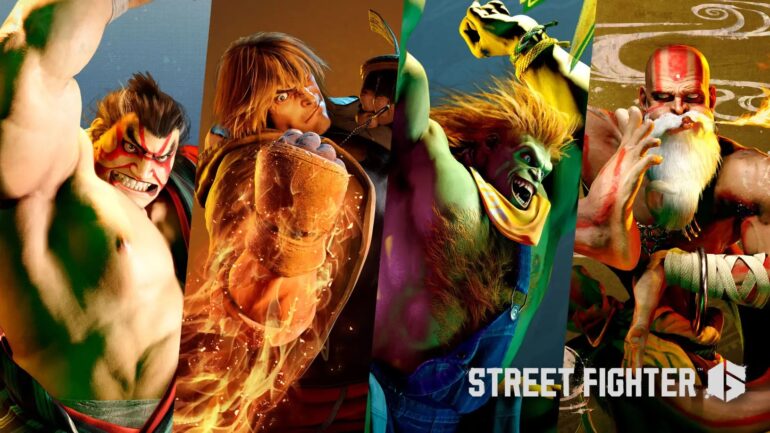 CAPCOM has recently revealed the new four legendary fighters that will be joining Street Fighter 6 during Tokyo Game Show 2022.

Tokyo Game Show 2022 is quite busy this week with so many reveals. One of those big announcements includes the upcoming Street Fighter 6. The showcase was quite extensive with so much information getting shared and one of the biggest reveals was the four new fighters that will be joining the roster, which are Ken, Blanka, Dhalsim, and E. Honda.

CAPCOM finally reveals the reason why Ken looks that way in this Street Fighter iteration. Also, the developers confirmed they have seen the memes pop up on the internet. It seems Ken Masters, the former US National Champion and ex-VP of the Masters Foundation has been accused of orchestrating a criminal plot, which has forced him to leave his family to protect them and go into hiding. From the trailers, he is now working for Eagle Shipping Company.

Ken’s core move set is still there but with new additions like the Jinrai Kick, which is a forward-moving roundhouse kick that can be followed up with three different options. His Dragonlash Kick and Sprint from SFV are still there but have become special moves.

Blanka is back and as wild as ever but still has a kind heart as he becomes an adventure tour guide. His stage is the Ranger’s Hut stage which is where his adventure tour in the jungle starts.

Blanka still has his usual Electric Thunder and various Rolling Attacks. He now uses his Blanka-chan dolls in his move set as it becomes the Blanka-chan Bomb. When he touches it with his electrical super move, it gets electrified and in turn, shocks anything that it gets in touch with. It also explodes after a limited time.

As usual, Dhalsim is doing his yoga master stuff and has guided many fans to the right path. He still tries to avoid conflict whenever possible but when evil is afoot, he has to dispense stern justice. The Dhalsimer Temple stage is back and has cute elephants again.

Dhalsim’s fire techniques from previous games are coming back, but he has also mastered alternate ways to release the flames to cover all angles. Yoga Fire will now travel horizontally again, the Yoga Arch fires the ball of flame is a similar arc trajectory, and Yoga Comet is fired at a downward angle when he is in the air. Yoga Flame is making a comeback too which is a good anti-air counter. He can also teleport and float.

E. Honda, the famous sumo wrestler, is looking for a way to bring the sport to a worldwide audience. He has the skills of a Yokozuna, but with his constant adventures around the world, he has yet to upgrade his rank. And so, he still remains in his current rank. Also, he is an expert chef in cooking chanko stew.

E. Honda still has his popular move set like the Hundred Hand Slap, Sumo Headbutt, Sumo Smash, and Oicho Throw. Neko Damashi and Sumo Spirit, the V-Skills from SFV are now special moves here. His new move is Sumo dash, where he moves forward with a traditional sumo shuffle and can be followed up.

In Street Fighter 6, players can create their own avatar in the single-player story mode. The settings are quite extensive from body builds to hair style and color. There are also various accessories and outfits to choose from that will really bring out a player’s personality and style.

Players will be going first to Buckler Security, which is in Metro City. New recruits will be trained by Luke who becomes the coach as they sign up for the basic training course and where the story begins.

Afterward, players can explore Metro City to fight other characters, NPCs, and possibly the Masters that await them. They can meet these Masters and learn from them their techniques, attacks, and style. After learning them, players can use these abilities in and outside of combat. They can be helpful in navigation and also for breaking some breakables that might contain some goodies.

Another core mode in Street Fighter 6 is the Battle Hub. Here, players can gather with others to communicate through various means. Fighting Ground online features are also accessible in the Battle Hub.

One Battle Hub can host up to 100 players at the same time. Players can use emotes or chat to communicate with each other. They can visit the Hub Good Shop to buy some fashionable gear for customization.

There are various Arcade Cabinets that are littered in the Battle Hub. Play classic Street Fighter games here and also Final Fight with other players just like in the real-world arcades.

Lastly, a Closed Beta Test for Street Fighter 6 will be happening next month. From October 7 – 10, 2022 on PS5, players can try out the game. The best part is cross-play is enabled.

During the CBT, players can face off against each other and gain access to the Battle Hub. They can try out the Ranked Match, Casual Match, Battle Hub Match, Open Tournament, Extreme Battle, Game Center, and Training Mode.

Eight playable characters will be available like Chun-Li, Ryu, Jamie, Luke, Guile, Kimberly, Juri, and Ken. Visit here for more information on how to sign up.