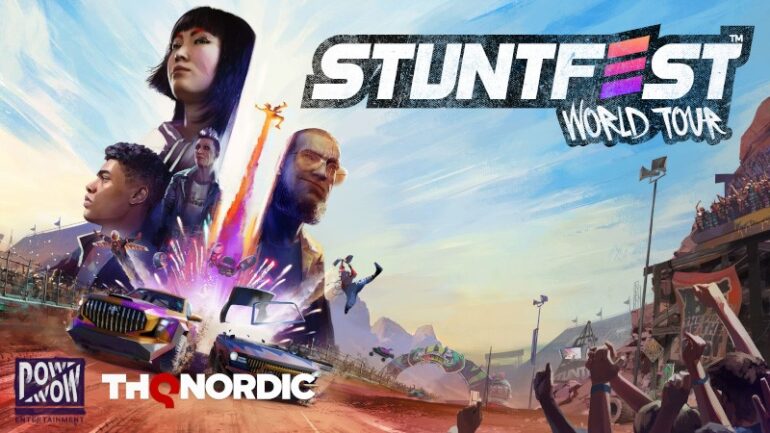 THQ Nordic and Pow Wow Entertainment announce the playable demo of their exhilarating destruction derby with a twist titled Stuntfest – World Tour is now available as part of Steam Next Fest. The demo is playable starting today, October 3, 2022, at 7:00 PM CET until the next seven days.

Stuntfest – World Tour doesn’t just give you the ability to race and destroy your opponents, rather, you’ll also be handed the chance to eject from your vehicle. You’ll be competing against 17 other players in an elimintation-based stunt show through exciting game modes. As seen in the trailer above, you can fly through obstacles after ejecting from your car, you’ll be catapulted hundreds of meters through the air. What’s even more exciting is the fact that you can dive back into your car after a death-defying stunt!

The game is expected to release in the near future, however, you can now play Stuntfest – World Tour today.