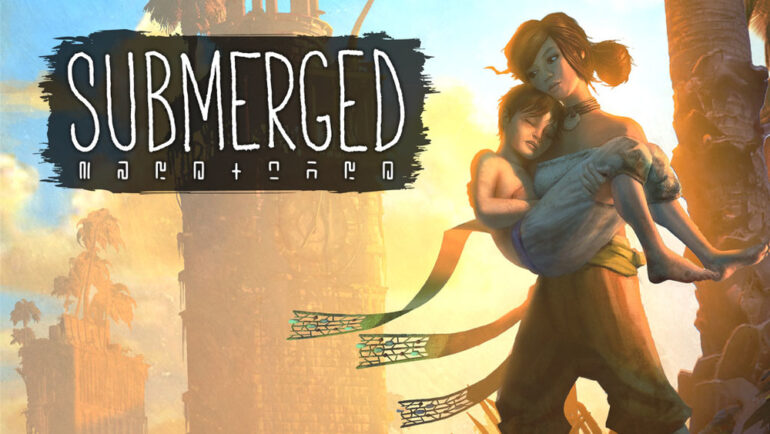 A post-apocalyptic game isn’t new in the gaming industry’s genre, but Submerged offers a different kind of setting (well, sorta). You’ve seen how things turn out after an all-out nuclear war in Fallout, or how the once prosperous (I get it that the people there are arrogant and all, but come on) city of Rapture got destroyed in just a matter of days due to the side-effects of taking in ADAM (fun fact: Submerged was made by a team of former Bioshock developers).

You already know how things are in these types of games. Everything may be destroyed in these types of games, but what makes a post-apocalyptic game great is the story that it offers behind every destruction caused on a certain place (or maybe just the overall destruction on everything), the people living around these places, and of course, the main character and his/her struggles throughout the story. 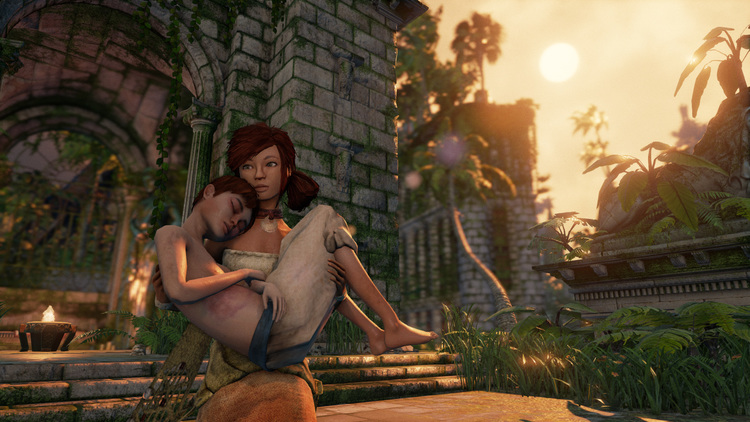 In Submerged, you play as Miku, Taku’s older sister. These two siblings have fled from their home due to their alcoholic father lashing out violent actions resulting in serious injuries to Taku (their mother had an unfortunate accident and died). As the two drifted along the ocean, they happen to stumble around the submerged (pun intended) city (fun fact: Submerged was chiefly inspired by Journey and the Shadow of Colossus, and has been additionally inspired by one of GTA IV’s mod that submerges Liberty City in water). Having no home to return to anymore, Miku decided to stay on a clock tower to further tend to his brother (the only remaining buildings that can be seen are the tallest buildings, the rest have just been completely… submerged).

From there on out, Miku searches the buildings for supplies to aid her brother from his current demise. Equipped with only her journal, telescope and her motorboat (and a map… for obvious reasons), Miku maximizes their uses to search for relief crates (and collectibles for achievement unlocking) from building to building. Everything in this game is undoubtedly kept simple. There aren’t really any other people to talk to in this game, so it’s pretty simple to keep track of the characters (there really aren’t a lot of characters…).

Now, the reason that caused the end of this city’s (or maybe the rest of the world, too) civilization is because of global warming. What happened in the city made it devoid of human life, though you can still see several other life forms living and thriving in the city. There are humpback whales, dolphins, and even strangely mutated humans. Everything that lives in this city is strangely mutated, by the way. These mutated humans, or humanoids, look like they have big boils on their necks or backs, has grey as their skin color, and randomly jumps off a building into the see.

They may be weird and act weirdly, too, but you can’t deny how beautiful the environment in Submerged is. The game’s setting is undeniably beautiful, combined with Unreal Engine. Though what Submerged beautifully offers in graphics, lacks in gameplay. This game still has a huge room for improvement, though, since it is only made by and indie company, but already shows promising content. 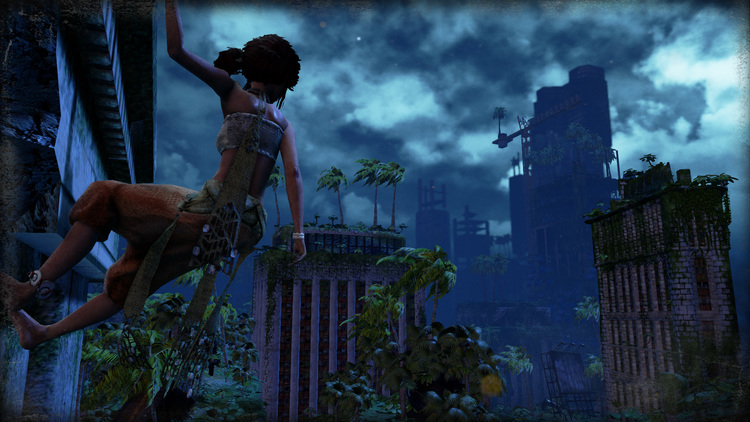 There are no combat systems in the game, and Miku cannot be hurt, too. The game is simply an exploration type of game, along with a little mix of climbing buildings like an assassin in Assassin’s Creed. The music in this game is beautiful, and goes well with the environment. Though I find it a little bit odd that the character’s movement isn’t really “attuned” to the keyboard and mouse controls. Miku isn’t able to run diagonally, which kind of annoys me a little. There are only a few things to do in this game, so don’t expect much unless you’re into exploration and story-driven kinds of games.

All in all, Submerged is a nice game to play, with minimal things to keep track to. The map is easy to follow, the journal keeps track of the story (even though they’re only pictures), and the controls are simple. It’s also not a great game, but it is definitely a breath of fresh air from all the similar post-apocalyptic games out there.