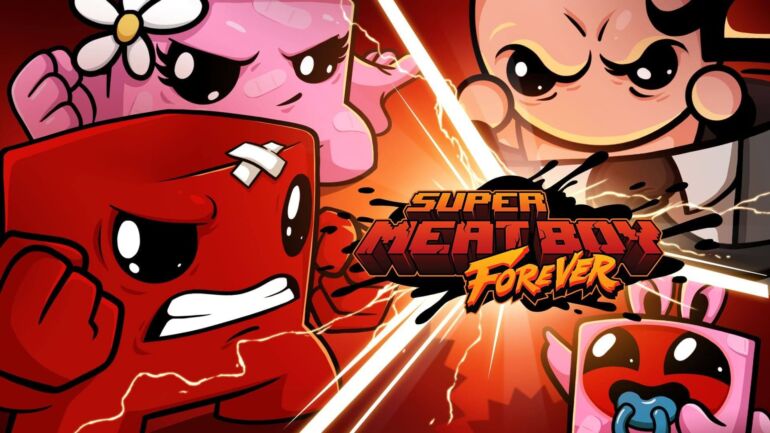 The big and most anticipated sequel is finally coming to PlayStation 4, PS5, Xbox One, and Xbox Series X/S today for only $19.99 with a 10 percent discount available at launch for one week. This also moves the Meat Boy saga forward, as Meat Boy and his partner Bandage Girl have a child, Nugget, who got kidnapped by the sinister stillborn psychopath, Dr. Fetus. It is now up to Meat Boy, Bandage Girl, and the new characters in the Meat Boy Cinematic Universe to rescue the child.

In the time since we saw him last, Meat Boy has been hitting the gym and he now packs a punch with an oversized, Battletoads-esque right fist that packs a mean whollup! Combined with new slide and plummet maneuvers, Meat Boy is more agile than ever!

“Super Meat Boy was a tribute to the golden era of console platformers, so it’s a joy to have his long-awaited latest adventure now available on all contemporary home consoles,” said Team Meat co-founder and programmer Tommy Refenes. “Super Meat Boy Forever ushers in Meat Boy for the new era, where his world has been fleshed out with close to 6000 hand-made levels that are endlessly remixed using our procedural algorithm, a huge variety of power-ups, and all sorts of secrets to discover. Every replay will give you something brand new, and with all the optional challenges, Super Meat Boy Forever really can be played forever!”