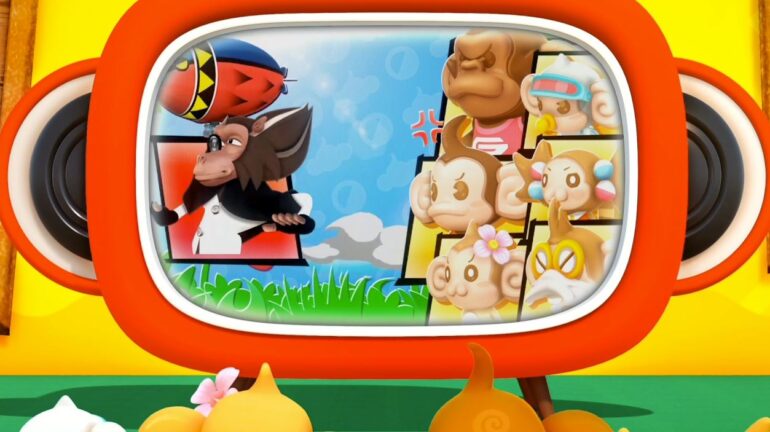 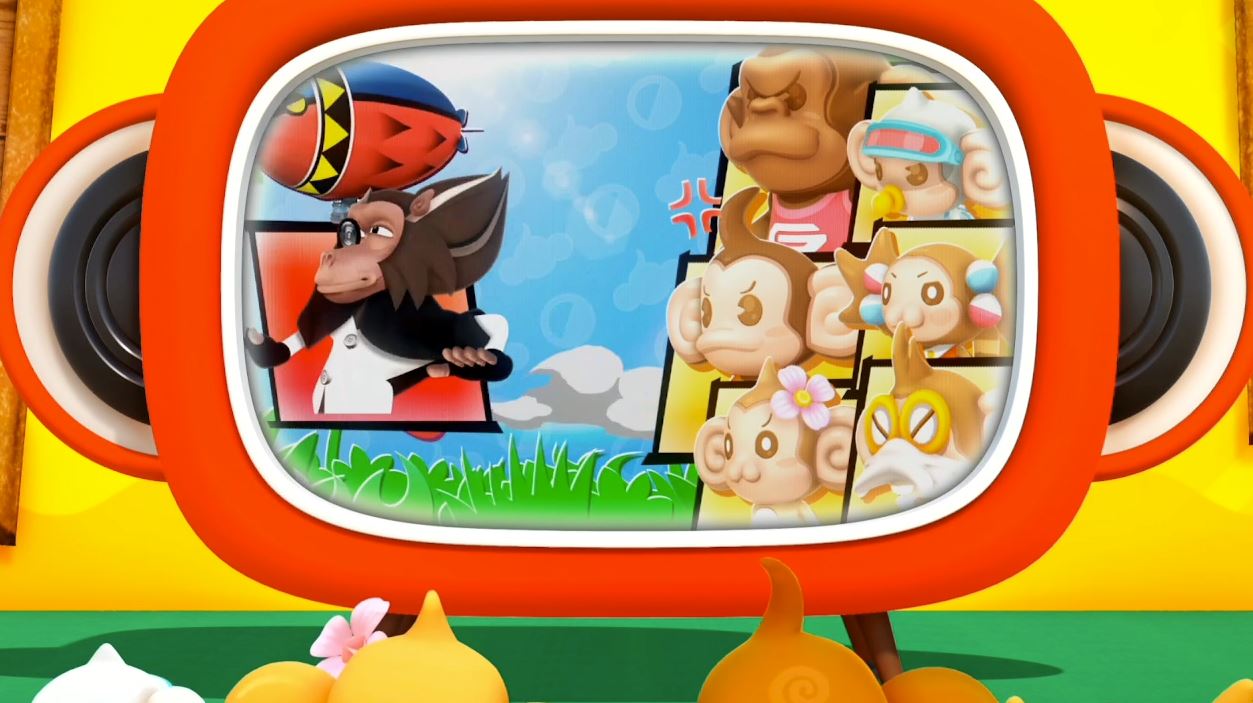 Challenging one’s mind and focus has always been the goal of SEGA for most of its games, but nothing says “Going Bananas,” as much as playing the newly released Super Monkey Ball Banana Mania.

Super Monkey Ball Banana Mania is a game that rolls through wondrous worlds with AiAi and friends as you race to stop monkey mad scientist Dr. Bad-Boon from blowing up the Jungle Island! Join the all-star monkey team of AiAi, MeeMee, GonGon, Baby, YanYan, and Doctor as you bounce, tilt, and roll your way across hundreds of delightfully crafted levels and mazes.

It’s monkey business for the gang as you take down Dr. Bad-Boon and steal back your beloved bananas! The story of the game is simple and straightforward, and yet I found it very funny and awkward in some instances.

The controls of the game are very simple as well. To move your character and reach the goal, players need to tilt the race track to control the speed of the ball and to avoid falling off the course.

In my experience, timing and precision are important in this game, and trust me when I say this because I fell victim to overspeeding and falling off the course on more than one occasion. Although the control system is simple, I noticed that there are times that the controls are very sensitive; causing either camera control issues or making it hard to know when to time the tilting of the course. I believe an update is needed to fix the sensitivity of the controls and improve the feel when it comes to moving characters.

If it’s your first time playing this game, Super Monkey Ball Banana Mania offers a level of excitement for newcomers as they play the courses in the form of challenges and party games.

Each race track in the game is very challenging and unique as they have different obstacles and objectives for reaching the goal. What’s difficult in this game is the fact that even though you want to complete the track by collecting most of the bananas or items, you are graded based on score. Because of this, I had to replay courses over multiple times.

The customizations found in the game are really worth getting as not only do I get to customize my monkeys but I get to choose different SEGA characters from different games like Kiryu from Yakuza, Sonic the Hedgehog, Tails and Beat from Jet Set Radio. Using these characters made me feel like I was invading another game using other game characters and it was pretty hilarious in its execution.

The part games or rather mini games in Super Monkey Ball Banana Mania are very fun, especially in multiplayer. Mini games such as Monkey Racing, Monkey Soccer, Monkey Bowling, Monkey Baseball, and others are very interesting to play. However, I noticed that it isn’t given much notice or interest to most players online as most of them are mainly focused on the main game and their rankings online.

Personally, I think SEGA should focus on making this more multiplayer focused as most of the game modes rely mostly online. If they do not try to improve their party games, most likely in 3-5 months, gamers will get bored and might stop playing the game.

Overall, the game is good though it has minor problems that needs fixing. Super Monkey Ball Banana Mania is truly a throwback of older titles, and is a treat to loyal fans of SEGA, especially those who played its predecessors during the GameCube and PS2 era. It is highly recommended that players should watch the gameplay trailers of Super Monkey Ball Banana Mania and see if it piques their interest.

Super Monkey Ball Banana Mania – Review
Score Definition
We tell you, it’s a good game! It’s not average! It might have some problems here and there, but you have to admit it is a “Good” game.
Pros
Funniest and Craziest Monkey Ball game ever
The main game is Enjoyable
Mind over matter is a skill needed in this game
Cons
The Party games mode needs improvement
Controls are sensitive in some instances
7
Good