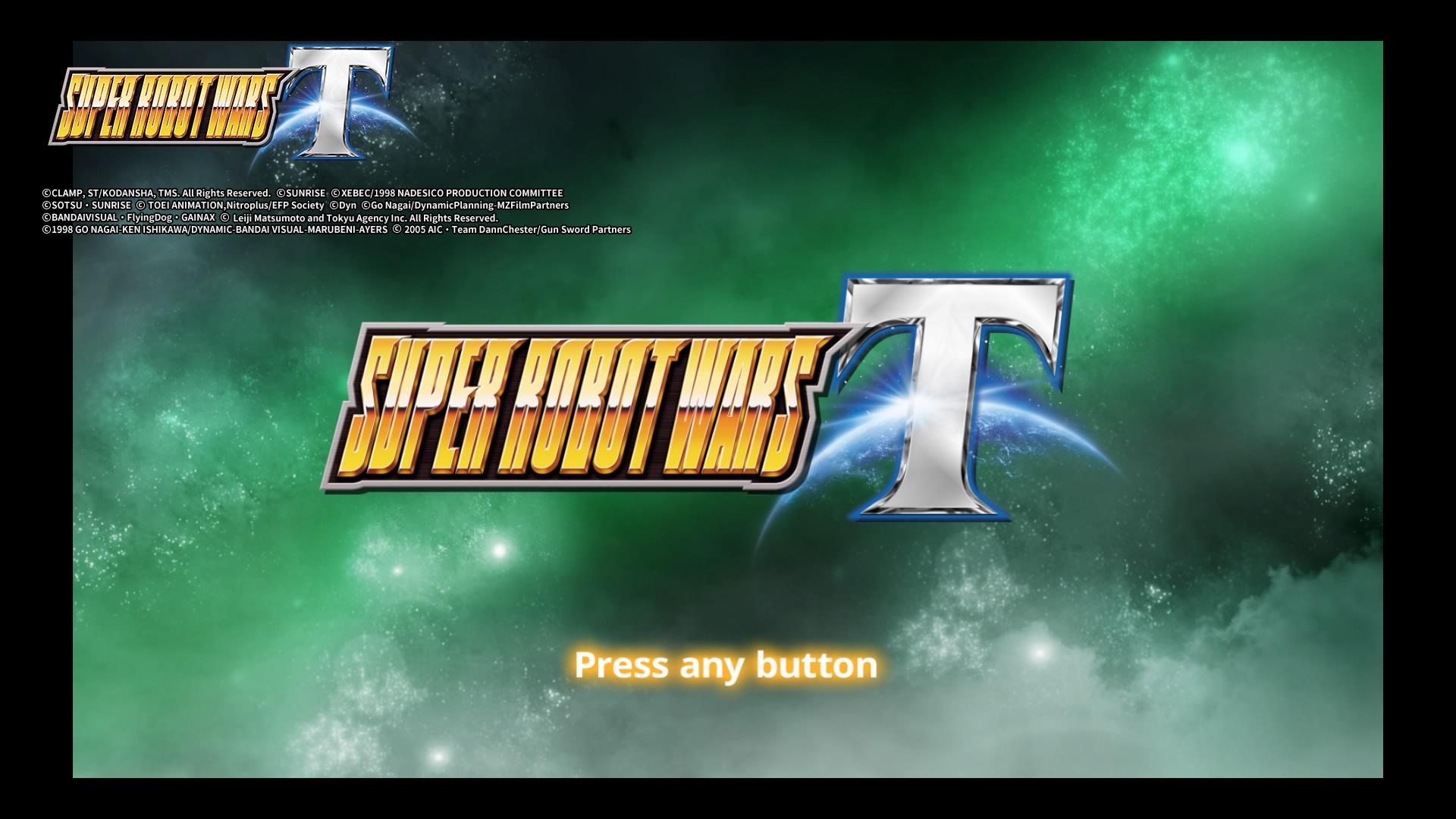 Super Robot Wars T is a universe that has moved on from wars and alien invasions of certain franchises and now landing on another. Several companies focused on war technology are now vying to propose their own tech to the military, and one of them is the VTX. You take on the role of a manager (male or female) that leads Section 3, trying to pitch in their latest project the Tyranado.

For the first time of the franchise, Super Robot Wars T has made its connections with other mecha series work in a more realistic way. Rather than winging it with a reason that it’s because of inter dimensional havoc, or being summoned by wizards, this time around most of the character actually war buddies. For example the Mazinger Z and GaoGaiGar teams are considered war heroes after vanquishing enemies from their stories, and the newly recruited pilots idolize them for their heroism and bravery. It’s this certain way of narration that finally made most of the characters actually have connections with each other and they have solid camaraderie due to that. Sure, there might be other individuals that are new, but the narration finds a way to make them connect with each other like their reason for vengeance.

I actually like the original character’s background story here: a salaryman (I chose the male character.) Unlike the military, he follows his own rules, but can be flexible at times depending on the situation. Together with his team, they fight evil organizations, monsters, aliens, and more with their own code of honor.

Just like in the previous titles, Super Robot Wars T is all about fan service. You can enjoy watching all of the awesome moves of your favorite mechas as you fight enemies on the grind, or you can just turn it off if you have had enough. There is a new feature in this game, which is the Supporter Command. A very helpful option for anyone who needs the extra power to defeat bigger opponents like increasing evasion, hit, attack power, range, and more. You might ask why add that feature when there are sub-pilots for that? Well, the extra help is most welcome and it makes the gameplay easier on certain stages. Trust me, the higher the stages the more difficult the enemies are with high HP, defense, shield bonuses, and more.

As usual, the SR points are still there for that extra challenge, but at least it is not tied in anymore for the other endings, which has become a staple for the series. It does yield bonuses when you accomplish such feats and getting 50 could reward something more. Just press the touchpad on the preparation menu to know more.

The animation of Super Robot Wars T is still as flashy as the previous titles with moving hair, clothes, body parts, and more for character cut ins. The focus of this game, however, is the mechas, which move fluidly as battle rages on. Bandai Namco always makes sure every move is as flashy as ever even if it is just a Gundam head vulcan attack, and I expect nothing less from them. The narration is still told via visual novel style, but by this point no one would mind anymore if you are a follower of this series. For the uninitiated, almost every title of the series is told this way and will still continue the tradition.

Even though the PS4 version got the short end of the stick, Super Robot Wars T still has the best soundtracks any fan would want to listen to as they kick invader butt. Iconic tracks from Mazinger Z, Gundam Z and ZZ, Cowboy Bebop, Mobile Fighter G Gundam, The King of Braves GaoGaiGar, and many more. The PS4 version got no lyrics, but it makes it up with the pilots’ one liners (ravings) as they devastate the battlefield. Fans will get pumped up just hearing their favorite characters saying their favorite quotes as they tear apart an enemy mecha. As I said, it’s all fan service.

Another staple of the series is its high replayability value due to the several routes you can choose in one playthrough. Once done, you can do another playthrough redeeming some of the previous stuff you earned in the game like cash, upgrades, sometimes choices you made in the previous one, items, and more. You can then choose another route and still get secret characters along the way without worrying about secret steps to take in order to unlock them. You can also convince characters as well like the villains so that you can redeem them to become good and become comrades with their awesome mechas. Too bad their upgrades will not come with them, but at least you can customize them.

I have just one bit of a complaint for this iteration, and it’s the placement of the next stage button on the preparation menu. Unlike the titles I’ve played before, the next stage button is strangely placed together with the other customization buttons. There were a few times that I accidentally pressed it, but the good thing was I saved beforehand. It would have been better if it was placed in a corner of the screen with a big button to make it more noticeable, or they could put up a notification window that says “are you sure?”

In conclusion, Super Robot Wars T is another great strategic RPG to play with a lot of service for fans of super and real robots. Hopefully the next iteration will introduce us another group of new franchises with awesome mecha, monster, and alien designs.

Disclosure: This review is based on a review code provided by Bandai Namco Entertainment. Read our review policy to know how we go with our game reviews.
Tested on: PS4