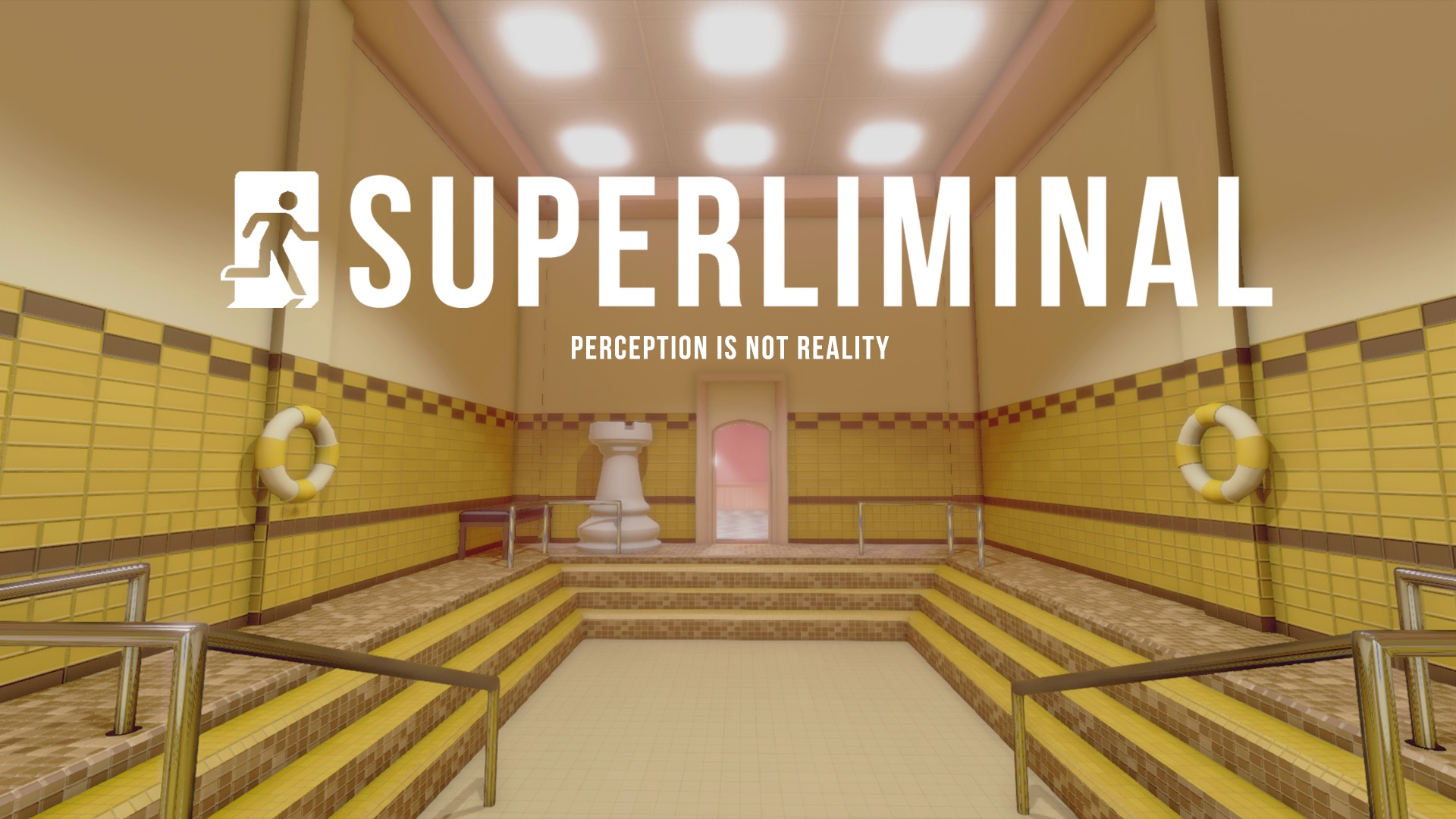 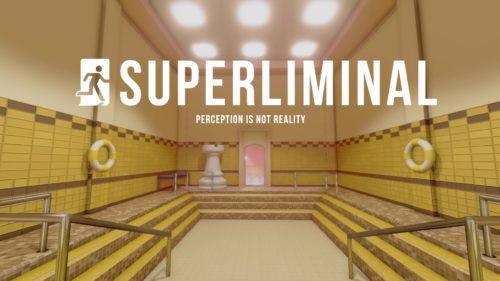 “Reality is how we see it fit to be.“

That is the basic concept of Superliminal. Superliminal is a puzzle game that doesn’t have much of a plot going for it but is a great concept nonetheless. The player starts out in a room and has to go through each level solving puzzles by mainly changing how they perceive things to be. The end goal would be to wakeup. It seems simple enough but the puzzles themselves while many may be simple enough, some are just nothing short of frustrating.

Superliminal’s controls are basically just moving the character around, jumping, grabbing, and letting go of an object. For example, you can grab a sign, you put the sign high up, and when you let it go it can most of the time change in size. Whether you need it to be as big or as small as you need it to depend on the current room you’re in.

Making the objects small is very simple enough however the challenge I have personally faced was when I needed it to be big enough in order to reach the exit. It was quite frustrating to get it to become big enough since most of the time it usually just increased in size a bit or just make it small. The game really forces you to think outside of the box sometimes and while I applaud them for it, sometimes it just feels a bit too forced and it easily leads to frustration.

The game shows you that all the obstacles you faced can be easily solved with the right kind of perception and that lesson easily comes through in the end. Though I personally wished that the way it was executed was done better. As you go through the levels there are more ways for the player to change their pathway forward. It even extends all the way to change your size and speed, cloning, perceiving the line of the path, and even going through what one can perceive to be empty walled spaces in order to move on.

As an example, there was one segment where I was in a pool and there was a small house with a door that looked to be a portal to move forward. I had to increase the size of the house in order for me to reach the door and for the door’s height to be big enough for me.

Upon entering I found myself in a vent and found that my size was made small enough for the vent. Looking back I saw the exact same house, I then looked over the other side of the vent to find that I’m now on top of the pool area, the house I went through is at the bottom still, and that the next segment is all the way to the other side.

So what I had to do was look at the house at the bottom of the pool that I used previously, picked it up, and make the house I was holding smaller in order for my perception to easily make it reach the other side when I’m looking at it. Once that was done I placed the small house on the other side and went back to the house I came out of in the vent and went through it.

I then found myself exactly where I placed the first house and made my way through to the new area but much to my chagrin my size was so small and my movement was so slow that I felt it wasn’t supposed to be this slow albeit the size.

Superliminal is quite therapeutic in my opinion and it was probably designed to be so. I believe this game would be great to recommend to people who are facing difficulties and are afraid to face them head-on. While Superliminal is a very unique puzzle-solving game it’s execution leaves much to be desired but at the very least its message at the end comes in quite clear.

Superliminal – Review
Score Definition
You better have to choose if it’s worth spending your spare cash, because it might not be the game for you and it might be for others.
Pros
Challenging and Unique Puzzles
Therapeutic Gameplay
Cons
Frustrating challenges at times
Unclear on what tools are needed to advance at times
6
Justified