Sword and Fairy Together Forever Heroes and Villains Trailer Released

Not every hero is selfless, and not every villain is purely evil 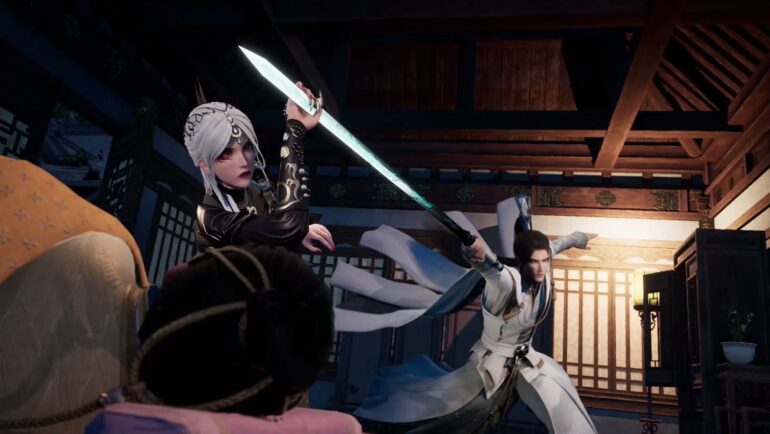 Publisher Eastasiasoft Limited has released today a new trailer for its Chinese mythology-based action RPG, Sword and Fairy Together Forever. The Heroes and Villains trailer showcases the cast of characters who will accompany you on your journey, as well as the ones who will try to foil your plans.

Sword and Fairy Together Forever Overview

Sword and Fairy Together Forever weaves a tale with memorable characters who have their own unique motivations and personalities. Between the clans of humans, deities, and demons on the brink of war.

In this game, heroism and villainy are often a matter of perspective rather than black-and-white morality.

Not every hero is selfless, and not every villain is purely evil. It’s up to young deity Xiu Wu, human swordswoman Yue Qingshu and their newfound allies to fight for what they believe and find a way to prevent open war between the realms, protect peace and shape the world’s future for the greater good despite their differences.

Sword and Fairy 7 is available right now on PC (via Steam). Sword and Fairy Together Forever will release on PS4 and PS5 in NA, EU, and Australia on August 4th, 2022.

This new console version will feature four exclusive outfits and a weapon appearance not available in the original PC release. US and EU physical editions for PS4 and PS5 are in the works with more details to be announced soon.

For more on Sword and Fairy, check out: