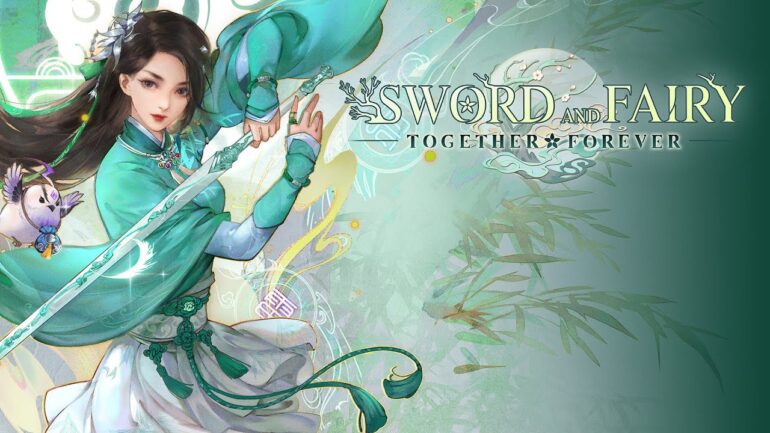 Developer and publisher Eastasiasoft Limited has announced today a release date for its Chinese mythology-based action RPG, Sword and Fairy Together Forever, a brand new standalone entry in the storied franchise. The game will release on PlayStation 4 and PlayStation 5 in North America, Europe, and Australia on August 04, 2022.

Along with the release date announcement, a new trailer was also released. The new Exploration Trailer showcases the lush environments that players can explore.

About Sword and Fairy Together Forever

A vast and fantastical world awaits players in Sword and Fairy Together Forever. From flower-covered vistas with waterfalls and rainbows to the hardened majesty of the demon realm, from the comforting countryside to the wide and volatile sea beyond the coast, these wondrous landscapes deserve to be explored to their fullest extent. Players will be able to discover unexpected secrets and use stealth in key locations for the first time in the series’ history! While danger and war may loom over the lands, their storied history and enduring beauty cannot be denied.

With its beginnings in 1995, the Sword and Fairy RPG series has captured the hearts and imagination of Chinese-speaking players for decades. Now, in 2022, Sword and Fairy Together Forever advances mechanics and graphics presentation into the next generation.

Powered by Unreal Engine 4, the game features intense real-time combat and vastly detailed environments to explore, complemented by the depth and engaging storytelling that have defined the franchise since its inception. This is a standalone RPG epic that can be enjoyed equally by long-time fans or newcomers without prior knowledge of the series, one that Eastasiasoft Limited is exceptionally proud to bring to new audiences worldwide.

Sword and Fairy Together Forever will release on PS4 and PS5 in North America, Europe, and Australia on August 04, 2022. The new console versions will feature four exclusive outfits and a weapon appearance not available in the original PC release. US & EU physical editions are also in the works with more details to be announced soon.

For more on Sword and Fairy, check out: