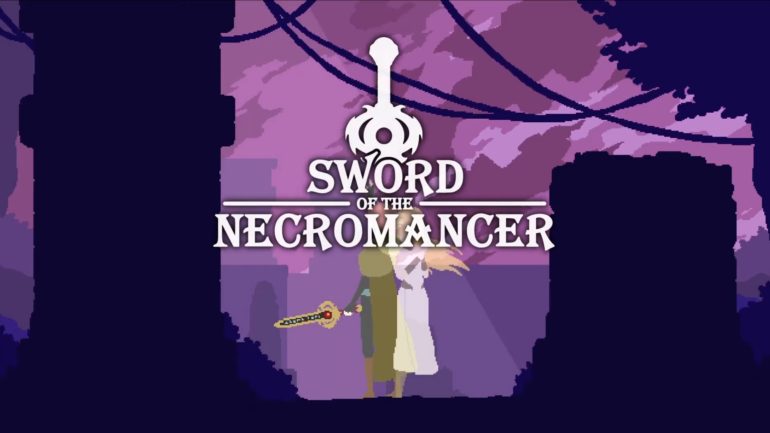 The upcoming free DLC will be released on Xbox, Steam, PlayStation and Nintendo Switch platforms this coming June 24. This is the free Extra Modes DLC for the game and will introduce three game modes that will put players’ skills to the test. It will also add 10 new monsters and 8 new bosses to fight. Completing the Extra modes will unlock the Epilogue, which is a brand new chapter in the story.

Sword of the Necromancer is a dungeon-crawler action-RPG with roguelike elements where you can revive your defeated enemies to make them fight alongside you. Turn your foes into allies using the forbidden powers of the Sword of the Necromancer and help the rogue Tama reach the dungeon’s depths to gather enough power to bring her beloved priestess Koko back from the dead. Assemble a small army of monsters, equip yourself with weapons and relics, and level up to take on the guardians that stand between you and your goal.

With these new game modes, players can jump back into the world of Sword of the Necromancer to face new foes and dominate the dungeons.

Revisit the base game with a randomized twist. In this new mode you will advance through the five floors of the dungeon as usual, but stay vigilant for new enemies and unexpected encounters!

Test your mettle against hordes of enemies! Starting from level 1 and without any items, defy death as you take on waves of enemies to advance. Chain combos will be key to your survival; the bigger your combo meter, the more XP you will earn and the better the items you will find!

Fight against 5 bosses with no breaks! Fight against tougher bosses (both old and new) in quick succession, with your current adventuring supplies. Level up and gear up to face them! If you complete this mode, you will unlock one of the original bosses as a summon!

Build and play custom dungeon floors! Create a floor layout, choose the enemies you want to appear and select the boss guarding the exit. You can even choose what items will appear in chests and their properties, so you can set yourself a unique challenge or share a fiendish floor with a friend. Share your creations via a simple text code!

When playing the new modes, you will earn Symbols that you can exchange for items in the Item Shop. The item offer will change daily and is the same for all players each day. This feature can help you unlock all of the weapon and relic types, a useful tool for achievement hunters!

Complete the new Extra modes to unlock a new chapter in the story!

Sword of the Necromancer is now available on PC, Xbox One, PS4, and Nintendo Switch.