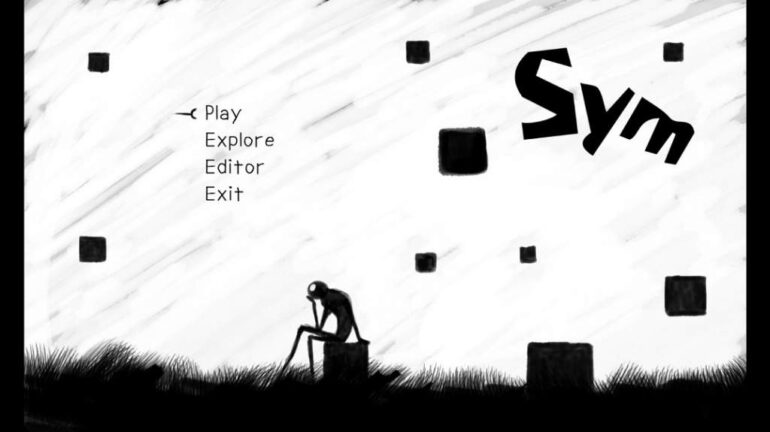 An Indie game developed by ATRAX Games, Sym is a puzzle-platform game which is both bold and simple in gameplay and storyline. Unlike many games, you are immersed in a black and white world rather than being overwhelmed by bright colors to feed your eyes. In Sym, you play as Josh who is a teenager struggling through his life affected by social anxiety disorder. The colorless world, or worlds, you have to maze through are the two contradicting worlds which co-exist with one another in what seems to be Josh’s perspective of reality and a world Josh has created to hide from his fears.

As mentioned before, Sym holds a bold and simple motif. The graphics especially feature that the most with a 2-D gameplay with eye-catching and thrilling backgrounds and a few creepy creatures. Every level features words and lines that many people who suffer from social anxiety can relate to which makes it more of an interesting game. Sym fully absorbs you into Josh’s life and makes you want to keep playing to see what the next level has in store for you and how it will affect Josh and his development through these dark and light times.

A charming aspect of Sym is that each level is greatly different as the difficulty can vary from easy to extremely difficult. There are even levels where you think you must solve it via one way but the actual way is completely different. Sym is a great puzzle game because unlike most puzzle games where the difficulty continues to increase, Sym displays more fluctuating difficulties throughout each level. In other words, you just don’t know what to expect and when you do play this, expect many occasions at the end of certain levels where you just have to sit there blankly and say “Oh, I should have known that.” 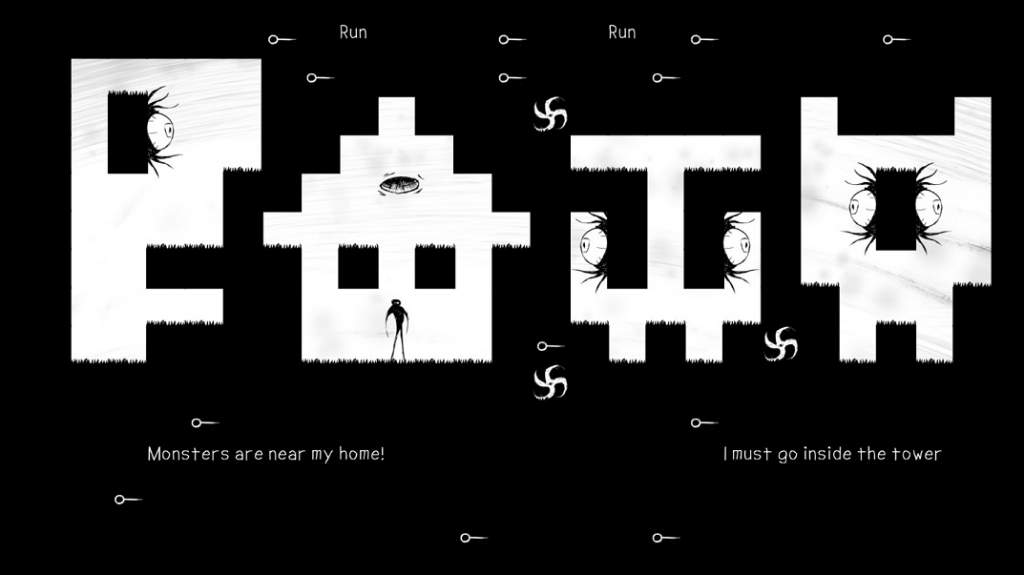 Another great part of the game other than the intense story is the soundtrack. The background music was really enjoyable since it had a great tone and would change frequently throughout the development of the game. It also helped you feel the mood of both worlds which is really important in this game. When playing this, I highly suggest you plug your headsets in and just get fully absorbed into Sym.

The mini ‘cinematic’-like parts of the game are quite interesting as well and really make you think. The whole game truly revolves around a person’s perspective. Technically the only dialogue you really get from Sym is the words pasted in the background, so you just have to fill in the blanks. ATRAX Games has really made Sym into a versatile game as I am pretty sure that every individual who plays this will translate Sym’s story, short clips, and even worlds and creatures into different things. Prepare to get your creativity on and make your brain decipher what you will see as you play.

Honestly, Sym is very fulfilling, especially with a great ending. This isn’t really a spoiler but as you play through the story of Josh’s life you tend to root on for him to stay strong, especially if you can relate to social anxiety disorder. Another thing is it portrays a “choosing” for the ending and Josh’s life can go two different ways, which is also relatable to reality and social anxiety disorder individuals. 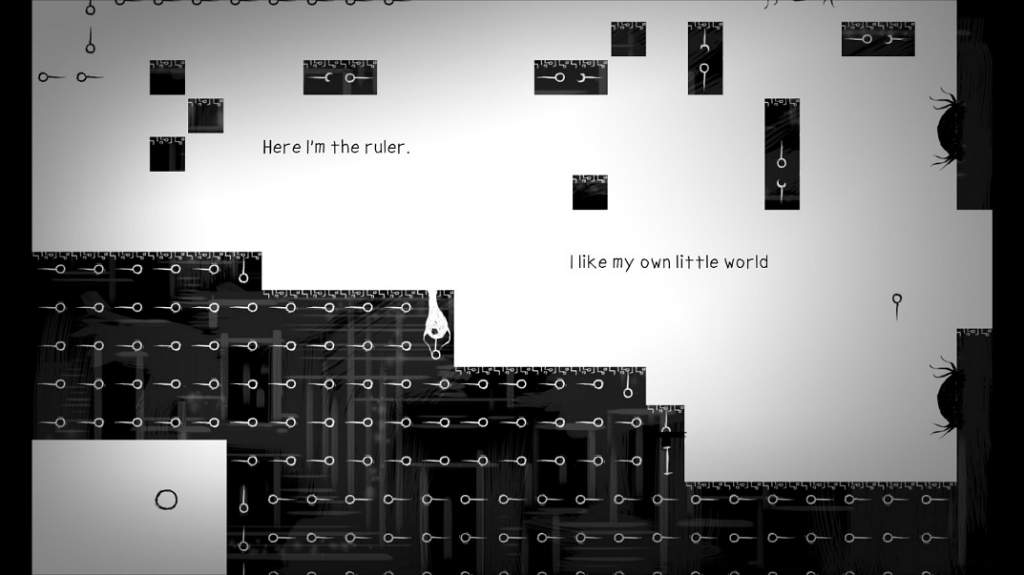 One thing though is when you do finish the game you can feel two things, either; “Finally, this is over,” or “What? I need more Sym.” Also, it is not necessary, but a few more creatures would have been cooler since there are technically only two or three you have to worry about. But all in all, it is a great game to just kill the time and challenge yourself, your brain and your emotional stability with good entertainment.

At first you don’t really expect much of the game, but after a while Sym starts to grow on you, which I think is pretty nice. It doesn’t look like much but it is fun none-the-less. After a while, I would maybe replay this game, but I would rather ATRAX Games make a continuation or add-on from the ending of Sym for many more simple and challenging gameplay that is a great time-killer and quite the eye-opener to aspects of other people’s lives.

Overall, Sym is quite the game, not the greatest but most definitely not the worst. The puzzles are pretty interesting with a good balance of challenge and easiness with a great soundtrack with a pretty obvious originality to the storyline. Like the color scheme, Sym is a very neutral game although it somehow at the same time stands out but there definitely could have been much more to it than there was.