Relearn all the basics before launch. 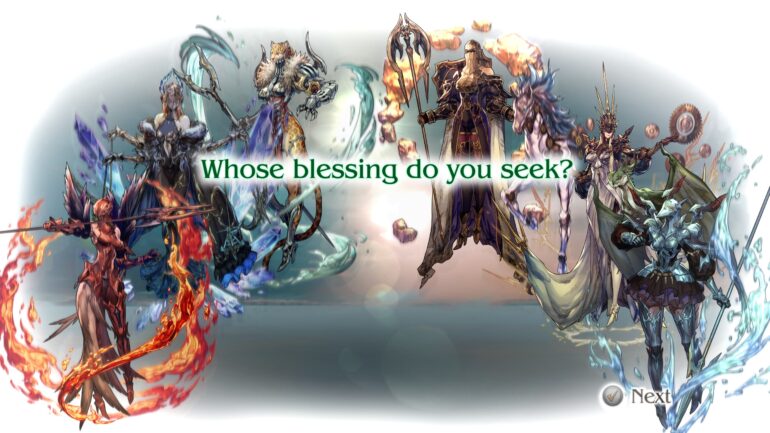 Tactics Ogre Reborn is a new version of the original game that remakes the battle system. With the launch nearing, new information about the game was recently released online revealing features like Tarot Cards and Character Creation, Elements and Divine Protection, the whole Elemental Pantheon, branching narrative and multiple endings, units and classes, battle system, and so much more.

With Tarot cards are used in Tactics Ogre Reborn in character creation. After the player chooses the birth date for the protagonist Denam, they will then be asked from several of the 22 tarot cards known as the major arcana. The answers will determine the initial stats of the hero.

There are eight elements in this game which are fire, water, wind, earth, darkness, light, lightning, and ice. As the final part of the character creation, Denam’s element will be determined by selecting which god appearing in the myth of Xytegenia he should seek protection from. Other units will also have a set element. If a unit’s element matches with the element of the magic or weapon they use will allow them to unleash even greater power.

Tactics Ogre will feature a branching story with multiple endings. Every choice the player makes will affect the story and the ending of the game. Denam will encounter a lot of individuals along the way and his decisions will affect not only his story but their stories as well. If one gets rejected, they could avoid him for the rest of the game with a different outcome or they could become enemies at some point.

Denam will become the leader of his own order of knights in this game. The members of his order are called units for players. They have various classes to unlock and each of them has different abilities. They can gain experience and level up by defeating enemies or win battles. They can become stronger further by buying equipment from shops or learning magic.

Players will be walking around from one point to another and if there is an enemy at the end, they will enter a battle. They will be choosing select units from the Knight order led by Denam and determine the formation. Deploy the team into the battlefield where each unit will be placed on fixed points. Tactics Ogre is not a turn-based game but it has a Recovery Time system. RT will be calculated based on equipment weight, class, and actions taken.

There will be conditions set before the battle begins and if they are met, the team gains a victory. Usually, conditions include wiping out the opposing team, but there are a few variations. The item pouches that the units did not collect in battle will be collected here instead.

Tactics Ogre Reborn launches on November 11, 2022. It will be available on PC, PS4, PS5, and Nintendo Switch.