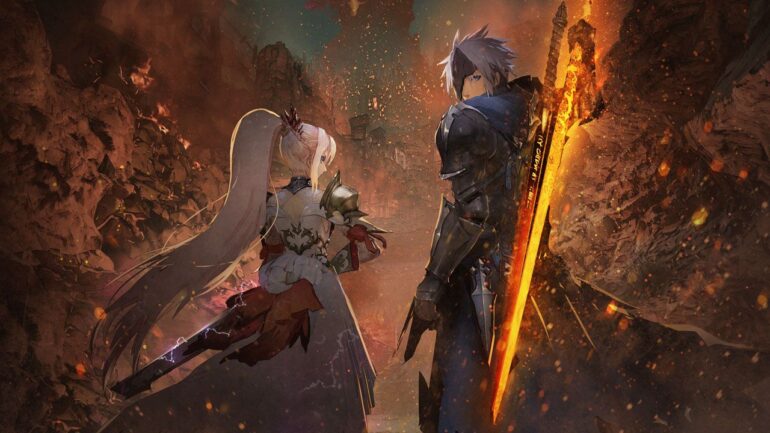 The first details that were explained by Tomizawa during the interview with media outlet FrontlineJP were Boost Attack and Boost Strike systems and how they work in a battle.

Essentially, the Boost Attack is a mechanic where players can use their teammates attacks to boost/continue in order to continue their controlled character’s default attack combo. It is a special support and can be used anytime as long as the conditions are met.

For Boost Strikes, these are finishing moves that can be done when a targeted enemy is close to getting defeated. Players will need to lower their enemy’s health. They also need two characters that are paired or grouped in order to trigger this and unleash a special animation. Each different pair will have their own combinations and it will look like Mystic Artes-like moves.

Speaking of Mystic Artes, this mechanic still exists in this iteration, but it activated in a different way. Players will need to constantly attack the enemy in order to build up the gauge that activates the Mystic Arte ability. They do not need to block the attacks since it is encouraged to attack and dodge this time around. When the gauge goes up to a certain point, players can then unleash the devastating ability unto their enemies.

Tomizawa revealed that since this game will be faster-paced that the usual Tales of game, it might become challenging for the fans. He assured that there are different difficulty modes to choose from and an auto-battle function to make it easier to play.

This will be a wholly different Tales of game compared to previous titles. Hopefully it lives up to its promises.

Tales of Arise will launch on September 10 for PlayStation 4, PS5, Xbox One, Xbox Series X/S and PC. Also, check out the pre-order costumes here.