Cooking meals and eating them gives the characters some helpful benefits. 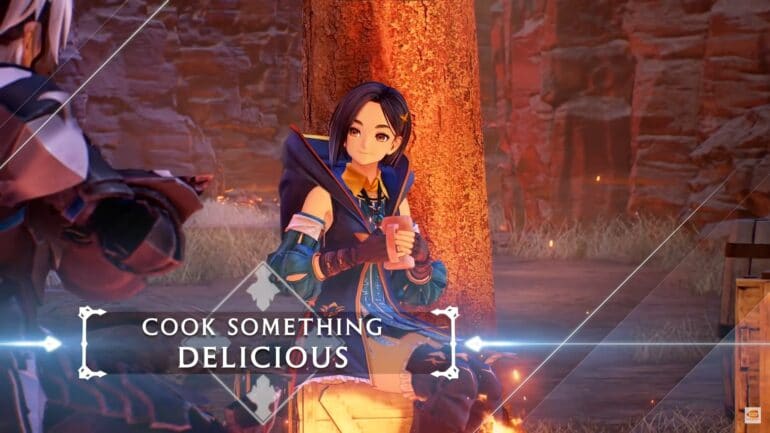 Game company Bandai Namco Entertainment has released a new Tales of Arise video that focuses more on how the cooking mechanics work.

The video comes from the official Twitter account of the game where it only 30 seconds long, but it does show a lot of specific details about how cooking works in the planet of Dahna.

Players will be traveling all over the world of Dahna and they can gather ingredients and fish at specific spots with Kisara. They can also develop their own ranch and then breed animals to get even more ingredients for cooking.

Compared to previous Tales of titles, Tales of Arise will allow players to prepare delicious meals at camps and inns. When they eat those meals, they get these temporary but special effects that can help in future battles.

Players are encouraged to choose different kinds of characters in order to get different types of bonuses. Each of them has their own specialties when cooking meals.

There are also some funny skits in between these Tales of Arise cooking sessions, but they should unlock in certain situations only.