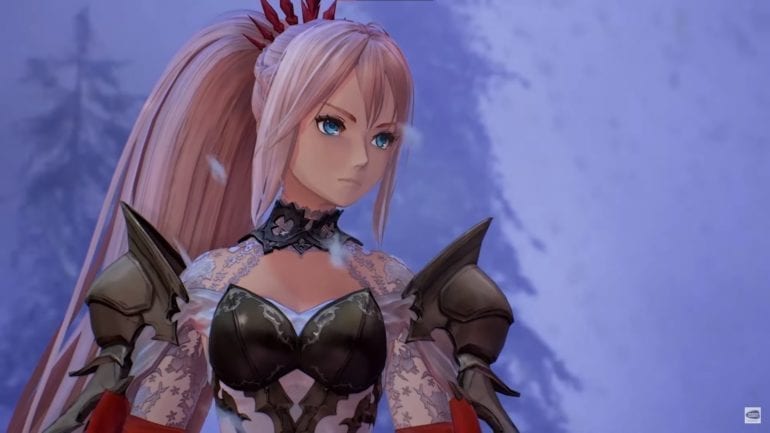 The newest video features two regions, which are Calaglia and Cyslodia where Alphen and Shionne will start their journey. They fight against various monsters along the way and displaying different kinds of skills and artes that have learned. It also showed how Players could upgrade their characters when they level up.

Along the way they meet this female mage named Rinwell who collapses on the road. Later the scenery changes from rocky to snowy area. This is the land of Cyslodia where apparently it snows all the time. It also has different kinds of monsters to fight. Shionne can heal people who have low health along the way and could get rewarded with information or items. Some miscellaneous movements such as looting items and harvesting materials are shown in the video too.

After acquiring an armor, players are shown how the equipment window looks like. It is pretty much your standard Tales of equipment window with weapon, armor, and accessory slots with stats below them. The shop window shown as well later on the video where players could purchase and sell various items, armor, and weapons.

Tales of Arise launches on September 10 for Xbox One, Xbox Series X/S, PlayStation 4, PS5, and PC.