Celebrating the Best of JRPG 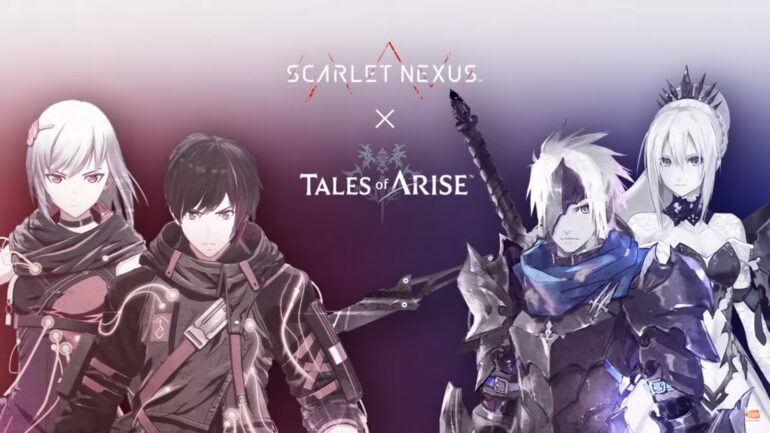 The worlds of both Tales of Arise and Scarlet Nexus collide in a new crossover that brings in new items to both games. Publisher Bandai Namco made the announcement earlier today, along with a couple of trailers showcasing which items have been added.

Version 1.05 update for Tales of Arise brings with it new items that unleash the power of the mind, and that includes Scarlet Nexus-themed items, including Myoho Murasama Replica, a new weapon for Alphen, two additional attachments, the Handmade Hair Clip Replica and Baki, as well as a new battle background music called Opposed Viewpoint.

In Scarlet Nexus, players can challenge the fate that binds them with the new Tales of Arise-themed content, including the Blazing Sword for Yuito alongside the Broken Iron Mask and Owlet Doll attachments, and new Tales of Arise battle background music.

Scarlet Nexus has also received its new Free Update Version 1.08 on all platforms, bringing with it a new “Very Easy” gameplay setting, a host of bug fixes and improvements, and the ability to transfer trophies from PS4 version to the PS5 version.

A new Story Demo for the game will also be available soon, inviting players to experience the opening parts of the highly acclaimed story prior to purchasing the game. Save data migration will be available for those who start their experience with Story Mode.