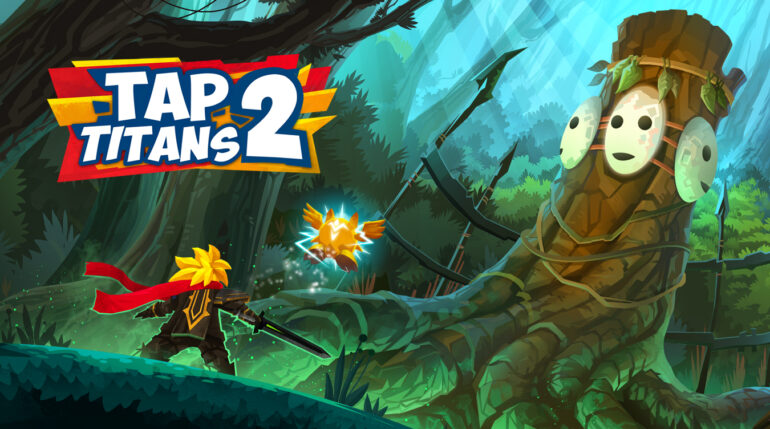 Tap Titans 2 is a role playing, idle tapping game which is the “sequel” to Tap Titans. Players follow the story of the Sword Master as he defends the world from another wave of stronger and harder titans. Just like in the previous game, he is accompanied by a band of heroes along the way and he will also have the support of his clan composed of other Sword Masters from all around the world.

The mechanics are still pretty much the same as with the previous game: you need to tap your way through hordes of titans to earn gold for upgrading your tap damage, recruiting other heroes and enhancing their DPS, and for learning and upgrading your own skills. Progressing through levels gets harder the higher you are in as titans get their health buffed up on a rate faster than your total damage can get. There will come a point wherein your progress will be excruciatingly slow and grinding for more gold isn’t really viable anymore. 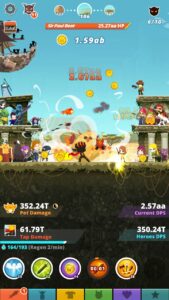 Enter “prestige”. Prestige is a feature that has been present in the first game as well. It’s basically an ascension state where your hero starts all over from the very beginning with all his skills, gold, and companions stripped away from him. It’s basically starting on a clean slate except that in this instance, you earn relics and skill points. A relic is a unique currency which is used to buy artifacts that will give a certain amount of damage boost plus different kinds of bonuses such as critical boost, gold multiplier, mana use reduction, etc. Skill points are used to upgrade talents that provide a more permanent boost to intrinsic qualities. The gain from going through a prestige outweighs the loss since the bonuses received from artifacts and talents are carried over through other runs.

A new addition to the game are pets which provide additional damage and support through their unique abilities. The difference between pets and your companion heroes is that pets also carry over through a prestige and they keep their levels while heroes do not. Thus, they make a very good investment for succeeding runs. They can gain a level by purchasing them through the shop with the use of diamonds, the premium currency, and by hatching them from eggs. The game generate eggs every four hours and you get to stack two eggs at a time.

Another addition to the game are clans. Players can join clans which also provide support by dealing constant damage by bombarding cannonballs to the enemy titans from a flying airship. Clans also have special quests wherein massive titans have to be defeated in order for the airships to get upgraded and deal more aerial damage. It’s best to join a well established clan for that additional damage support and get that symbiotic relationship with your clan by contributing to its upgrades. 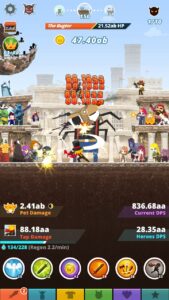 Newbies to Tap Titans may find the progression very slow in the beginning and might get discouraged from playing further, especially that there has been an observation coming from the veteran players that the first run is harder to pass through in this game as compared to the previous game. But with the right tactics and perseverance, players can overcome the first run hurdle and everything will go easier and smoother afterwards. The good stuff is at the latter part of the game and it may take several run throughs and prestiges to get it going.

Overall, the new features and upgrades may have been minimal in Tap titans 2 but they still provided new ways on how to play and progress in the game, thus players will still find themselves entertained and engaged while playing. Tap Titans 2 is definitely a must play especially for those that are fans of the first game and those that are into the idle tapping genre.

This review is based off a copy acquired by the reviewer.

*Did you know that Tap Titans was the very first game I did a review on ever since we started the website? Just a fun fact.