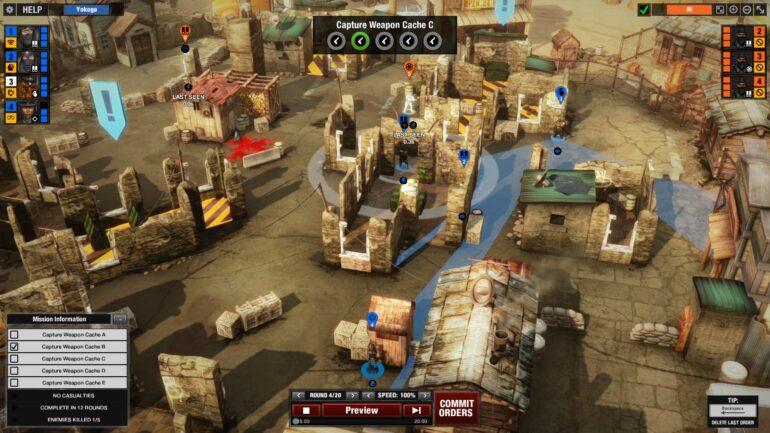 “I was not prepared” was a massive understatement. It was more like I was “still in bed sleeping”, then a tanked rolled through my bedroom and parked. After which a person appeared and informed me I was declared president of the whole galaxy. Well not really, but let’s simply put Tastee: Lethal Tactics was not what I was expecting.

Tastee: Lethal Tactics, a pretty tasty name for a game, is a turn-based tactical squad based strategy game developed and published by SkyBox Labs. At a glance, one might think of it to be similar to XCOM 2. True, both are turned based, rely on squad tactics and play mostly from an isometric perspective, but Tastee is slower and requires more pre-planning of the two – this would be both the game’s strength and weakness.

What makes Tastee slower is the planning phase of the game. In this phase, you are given the ability to order your squad of mercenaries to do various actions whether it be moving to a new position or using their unique abilities. The kicker though is that it is not as simple as it seems. You position your squad, you ready them up, but if your movements were predicted, be prepared to be wiped out as soon as you enter action mode. On many instances I’ve had one or two, or even three, of my mercenaries die from just not thinking too far ahead. The action rolls, and in less than five seconds your mercenaries are all dead and it is time to repeat the mission. If XCOM 2 required you to think ahead, this game takes it up top notch and gives you no chance to react. This is something that the tutorial of the game never explained, giving you the bare minimum to just move and shoot with your mercenaries, making playing the actual game frustrating to new players who have yet to overcome the steep learning curve. 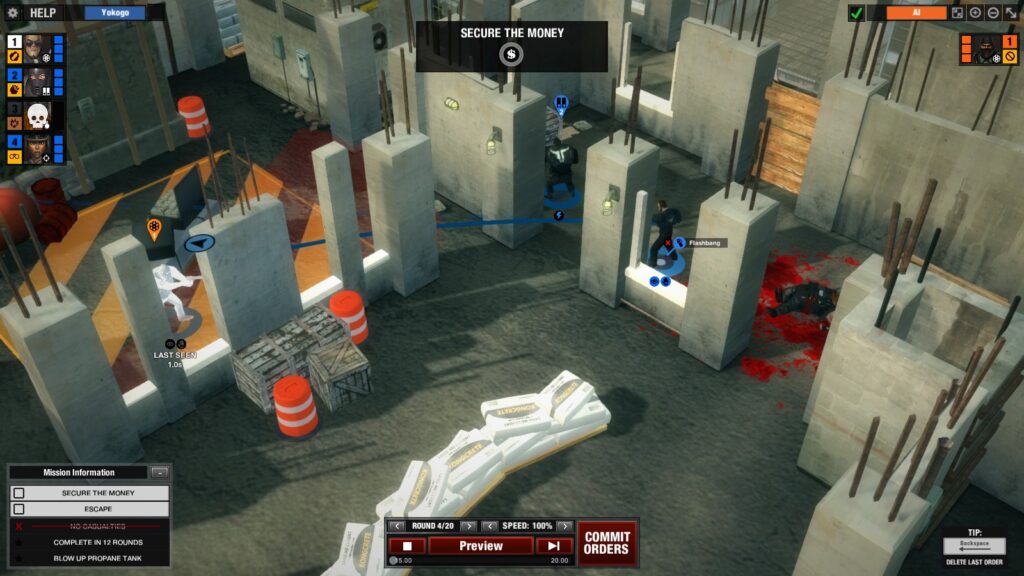 Although, once you know how the style goes in Tastee, it opens up a lot in the game. It plays out more like chess, but you can’t see what your enemy is doing most of the time. And when you do, you better be sure you put all your pawns in the right position or get punished. The AI itself is very competent, often reading my movement of my carefully thought out plan and making me cry when it just fails. The computer isn’t cheating to play better, in fact it plays fairly against you, so it is down to how far you must think. Do I move my guy up knowing that there is a possibility during action mode that there’s an enemy waiting on the other side, with his gun pointing in the general direction, where my mercenary will walk through? There are ways to negate this, you simply order or task your squad members to look at the position where you assume an enemy is waiting, and order your mercenary to stop and shoot upon seeing an enemy, but more often than not, you are still at a disadvantage since the enemy is just waiting for you around the corner. That is of course if you did not bring a mercenary with an ability to help you.

The game has twelve mercenaries, each with their own unique ability. The Gunman, for example, comes with a blinding flash grenade, making breaches a bit easier for you if everyone in the room is blinded by it. There is another character that can launch grenades, and another that can scout enemies around his vicinity. There are very useful abilities in many situations. While a mercenary death is not permanent, losing them during a mission means you lose a valuable team member. You unlock more mercenaries by playing through missions, which doesn’t really have any more substance than just adding more varied mercenaries to your roster. The missions are all feels repetitive: capture, clear area, and similar missions. But this variety can be forgiven thanks to interesting level designs. The levels are complex, but on a level that gives you a lot of freedom on what you need to do to complete your mission.

Take the first mission as an example, you are given different routes to reach the cache of money. It provides you different ways to complete the mission. Upon escaping with the stolen money, there are different ways to reach the escape point. Some might be more efficient than others to prevent casualties, but the best way to learn the game is to fail and redo the missions. As you fail and try again over and over, you gain mastery of a level, you understand the enemies strategies, where to flank them, and if your plan does not work out you apply what you have learned and start over. Repetition might drive those without patience away, but people with a longer strand of patience will be rewarded with a clean run. While this is loss in the bigger maps due to the size and how one of your mercenaries can die to a random sniper who can see you, it just comes down to map knowledge gained from failing and repeating the mission. 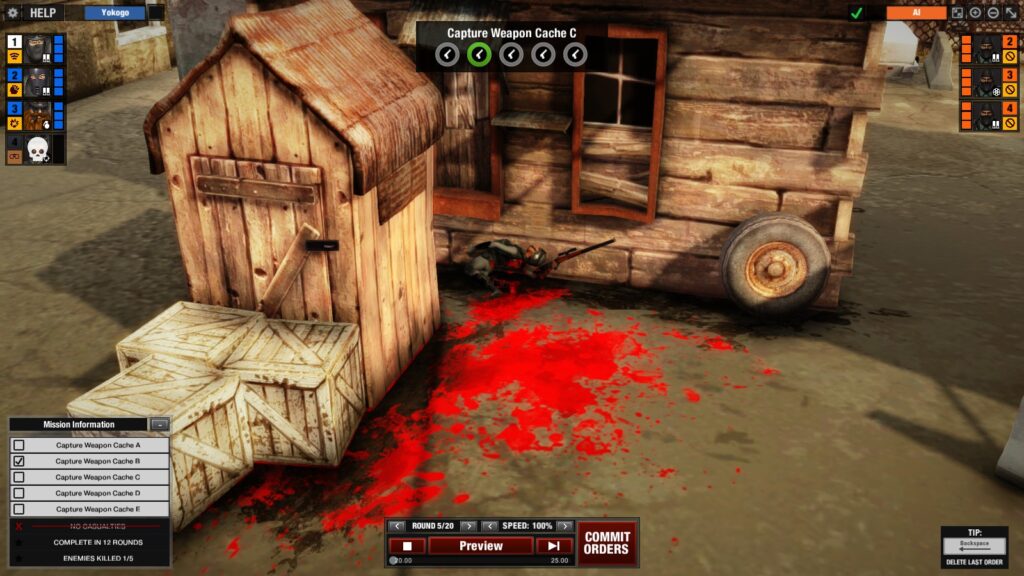 What Tastee needs though is a better interface, and while the current one is clean and slick, it makes mercenaries in close proximity hard to give orders to. Most often you misclick soldiers and removing orders can be nuisance. It’s a minor gripe compared when compared to the tutorial which only gives the bare bone basics to get you started with the game. Then again, there’s probably more fun stumbling around and finding your way by yourself.

Tastee: Lethal Tactics, it is tasty and lives up to the game being lethal. A game that fits into being a case of hard fun, and rewards those with a lot of patience and clairvoyance.