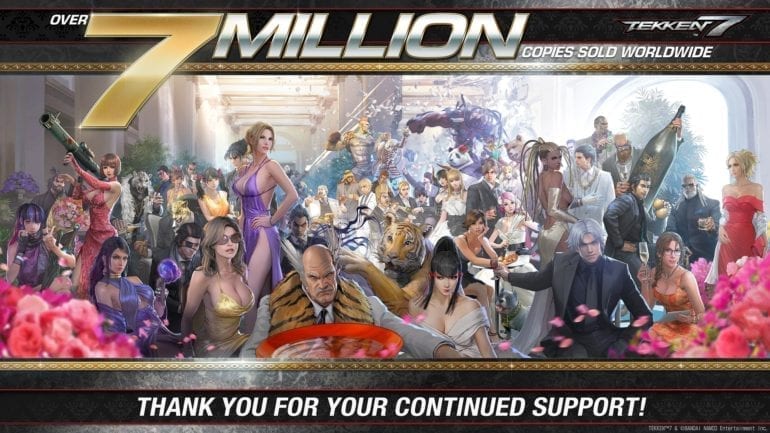 Harada recently posted this big news on his personal Twitter account saying that the game has achieved over 7 million sales today. Aside from the congratulatory post, he added a new updated illustration of all the characters in the roster with the added Season 4 DLC fighters like the ninja Kunimitsu and the fighting Polish Prime Minister Lidia Sobieska.

Last year, Bandai Namco celebrated a milestone that the game achieved as well, which was 6 million sales. That was on September 2020 and it went up in that just short of time. Staying at home definitely had a hand in increasing the number of sales.

Congratulations Tekken 7 for gaining this achievement. Cheers! Season Pass 4 is now available on Xbox One, PC, and PlayStation 4.