Tell Me Why – Review 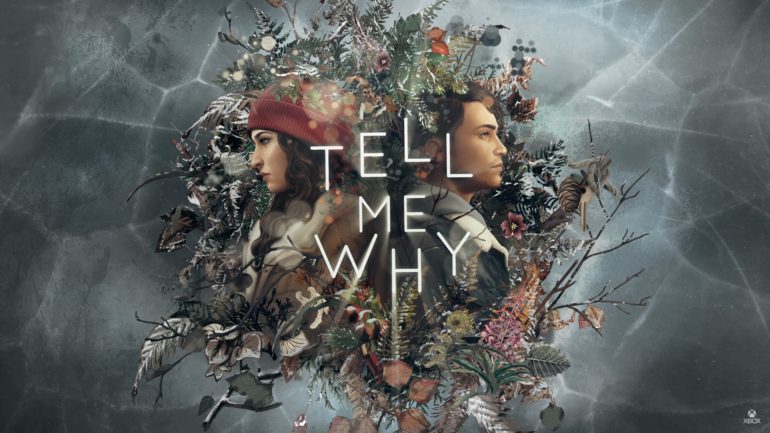 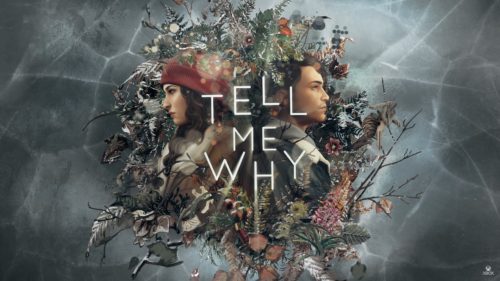 The idea of trauma, what caused it, and its dreadful effects, is becoming a favorite topic among storytellers. It’s a great opportunity to tell a story while relaying a message, experience, or to spread awareness. Trauma and abuse is a fairly touchy subject, so for it to work, it has to be done phenomenally. It has to be believable and respectful. Tell Me Why is a game that revolves around this subject matter, and does so spectacularly.

Tell Me Why is an adventure game by Dontnod Entertainment. The game studio rose to prominence after the success of its earlier title, Life Is Strange. Similar to Life Is Strange, Tell Me Why features branching options, a sort of butterfly effect in-game where some of the things you choose to say and do directly affect the things that happen later. As usual, this mechanic really forces you to choose your decisions wisely. Thinking about the possible repercussions of your actions will also allow you to be attached to the characters and the world around them, which Tell Me Why does very well.

The story revolves around twins Tyler and Alyson and a traumatic history that forced them to grow up apart from one another. The two eventually reunite and go home and this forces them to revisit some of the memories they ran away from in the first place. This is where the game’s story puts you in in the beginning, and you will be in for a thrilling, and heartbreaking time.

The game’s story really is its strongest suit. The story itself is not exactly distinctive, but its use of other tactics to tell its own story that revolves around a topic that’s already so talked about in games and other mediums is fairly impressive. For example, you’ll encounter something called the book of goblins early on in the game. This part of the story is very interesting. Initially, this aspect will be seen as a cute way of addressing the characters’ childhood, but you’ll later understand that the book of goblins is in fact telling a greater story that actually ties in with the main story.

The game also has an effective way of making you read this book, which will ultimately allow you to better understand the backstory. Mind you, this book isn’t exactly short. Should you care for it, you’ll need to go through a couple of short stories, and really understand it to solve one of the puzzles in the game, which in the end, moves the story forward. This is something you can skip, but going this route will be much more beneficial to you in the long run as it helps you see the bigger picture of the story. So, if you want your players to read a ton of pages to tell a story, you better make sure that it is creative and well-written. This game was able to do that. I read those stories with undivided attention and I was thankful that I did. Those who prefer not to do too much reading in games can skip this entirely, which is considerate, to say the least.

You can learn a lot about the story and the characters from world interaction. Details about characters are hinted at in conversations, thoughts at item discoveries, and even just with the props in the background. This is one aspect of the game I really liked as well. It shows that the developers really care about these characters and the story it’s telling.

The game also feels very contemplative. At certain times, the game will feel really slow. It will leave you with nothing to do but admire the scenery, wait, and contemplate the story. The waiting part didn’t bother me, but some may not like it as much. It’s easy to like these parts of the game considering how decent its cinematography and art direction is. The facial animation looks pretty decent too, though they felt odd and inconsistent at times. These mishaps are very minimal, though, and it will in no way affect your overall gameplay.

This game tackles social politics quite often, which is fair considering one of the main characters is a transgender man. The game doesn’t tip-toe around this, and it doesn’t make it too overbearing either. It’s very realistic and truthful. The characters in the game react to social politics in a very realistic way, given their personalities. It’s exactly how real people would react in those types of situations.

The “bond” mechanic was very interesting, but it sometimes feels too “supernatural.” This isn’t explained well either. In the real world, twins do get an almost telepathic sense of bond. Twins apparently can read other’s minds, sense when the other is in danger, and even finish each other’s sentences. This is not a solid fact, though. It’s more of a myth and it seems the game is just actualizing this and making it a fact, which feels very mystical sometimes. This is not addressed or given an explanation. It’s just… there. It’s just something these two characters have and we’re supposed to just accept that.

The game’s puzzles and mini-games are also something to note. They’re interesting enough without being too difficult or too easy. There are a few mini-games that feel unnecessary, one, in particular, feels very broken, but most of them are quite pleasant and fun.

This game sounds very phenomenal too. The choice of music is stellar. They fit the mood a scene is trying to convey. The sound design is great, and so is the voice acting. August Aiden Black and Erica Lindbeck are the voices of Tyler and Alyson Ronan, respectively, and they did an incredible job. The nuances in their voices fit their characters like a glove. Tense situations and dramatic scenes are acted phenomenally. Their performances make you care for these characters even more.

The highest praise I can give this game is on its writing. The writing here is nothing short of superb. It never feels cheesy or pretentious. It’s perfect for the story it’s trying to tell and the characters in them. It’s never dull. Everything that is said or written feels so perfect. It feels artistic, yet it feels very human.

Tell Me Why is quite amazing. It’s very heartwarming and heartbreaking at the same time. It pulls you in nicely and makes you care for these characters. It makes you one of them. And while this is in no way a perfect game, it’s a fun ride from start to finish, and the players will surely be enticed with this title for its characters and story. 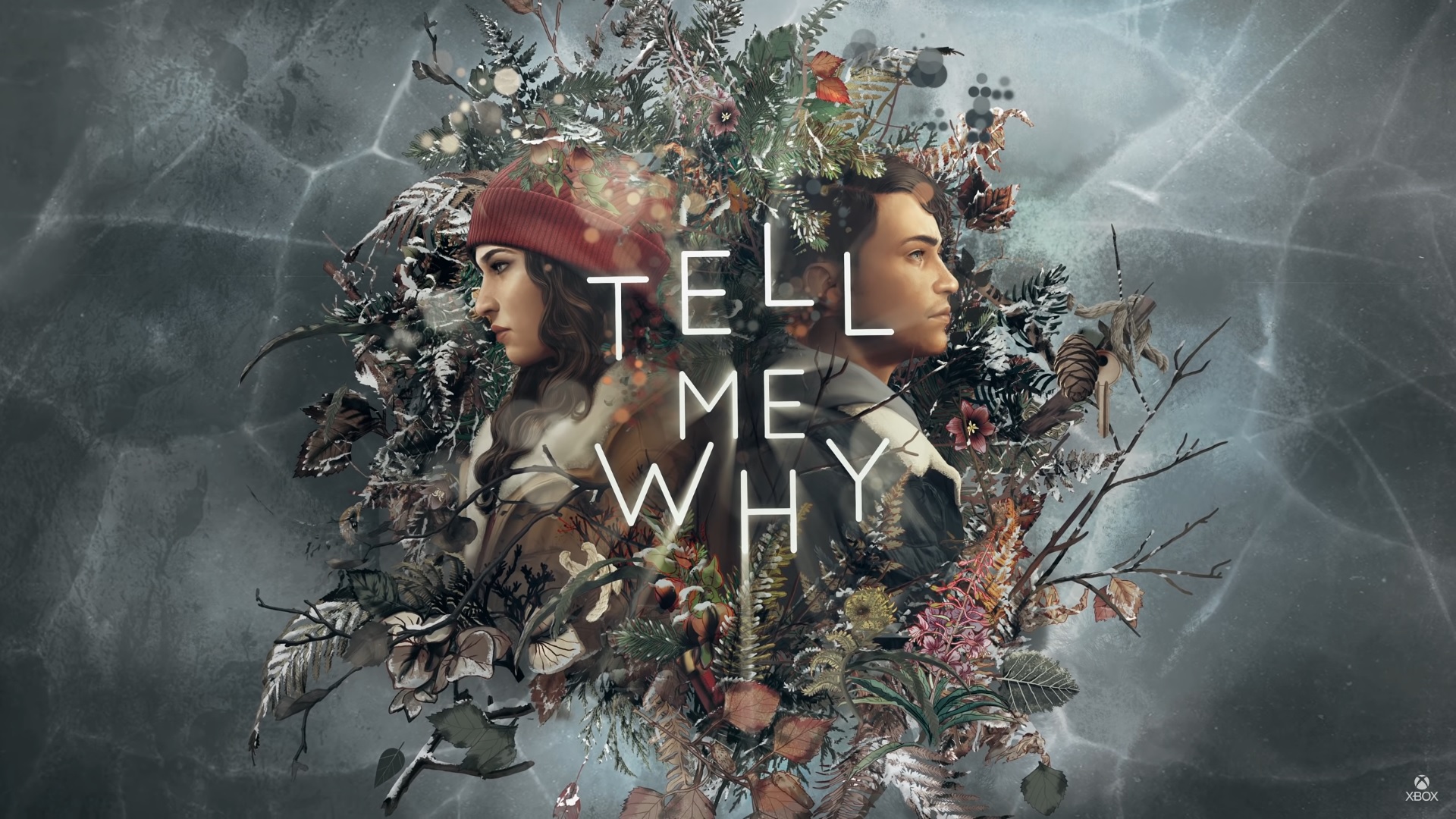 Tell Me Why – Review
Score Definition
When the issues of a game are rolled and stomped by its greatness, then it’s something to invest on if you have some spare.
Pros
Superb writing
Great music and sound
Interesting mechanics
Decent story
Cons
Some mini games feel broken
Unexplained and unexplored elements
8
Great