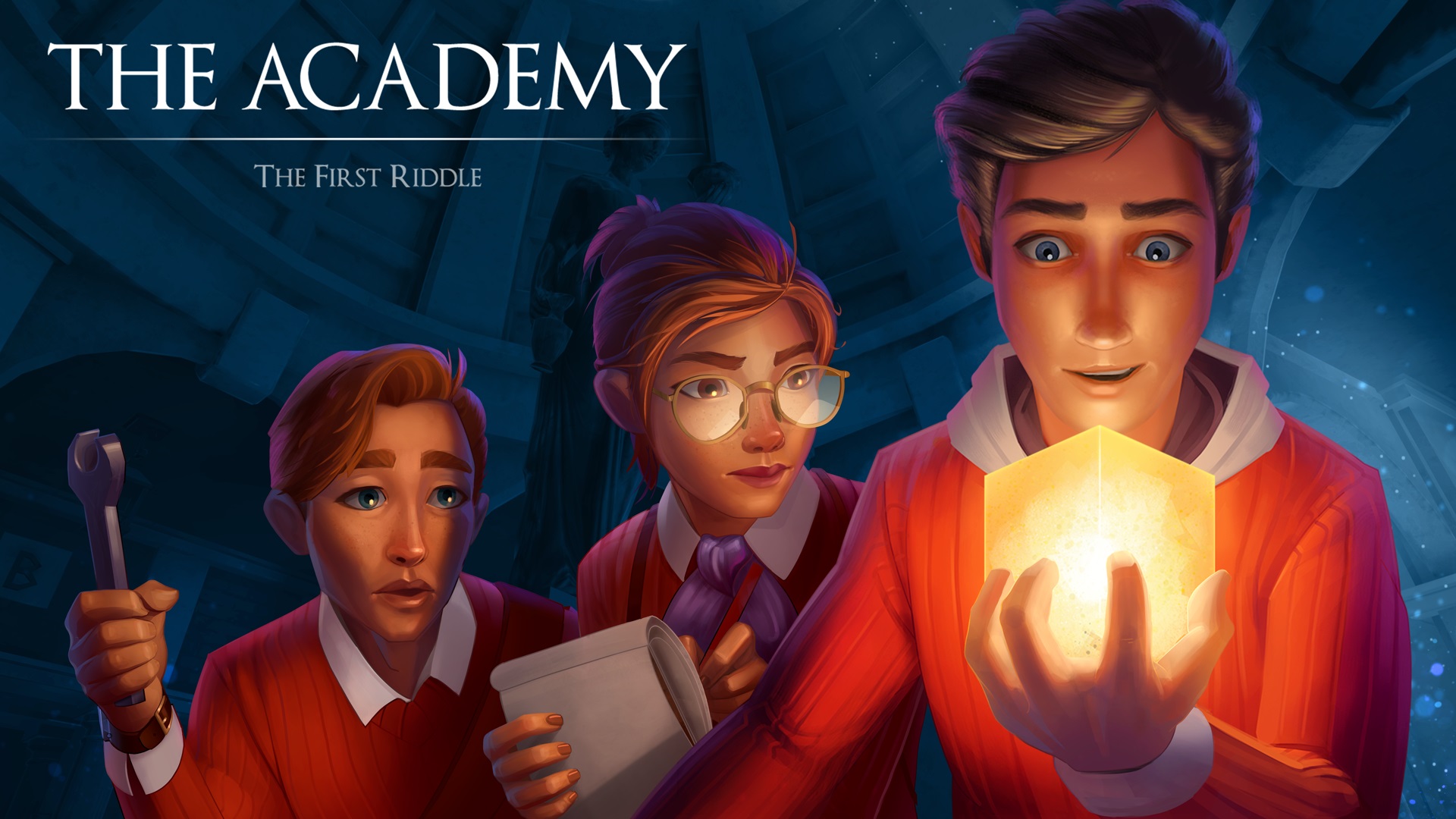 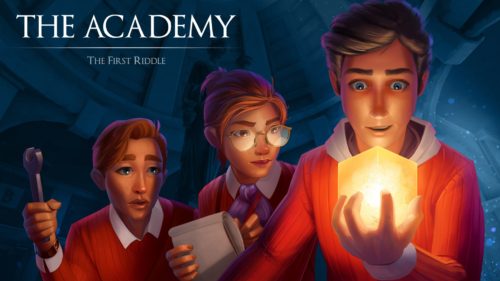 The attempt to be the next Professor Layton falls flat throughout awkward headshots, glitches, and a strangely messy environment. The Academy’s glossy visuals may attract at first, but a disappointing turnout catches you the moment you step into its first puzzle.

The Academy’s gameplay takes small cues from the 2006 classic Bully, with an explorable school, classes you need to attend, and classmates you can interact with. However, despite what seems to be a large area to run around on – the quality of adventure is limited to its linear storyline and almost lackluster surroundings.

The instant you take a good look at the area, it makes one wonder—for a school that marks itself to be prestigious and exclusive, why would walls be blasted with unsightly graffiti? While that doesn’t provide anything to the storyline, to immerse into a video game whose environment contradicts itself can be strange and jarring.

This is not to discredit the art itself, as the interiors of the Academy are beautiful. They are detailed with noticeable attention to the architecture. The wall photographs and decorations, with attention to the lore, can make the misplaced clutter around the campus forgivable.

The characters in The Academy play stereotypical roles; they are out-of-book tropes with the sidekicks as the main drivers of the plot.

You control Sam, a silent, stoic, and an empty shelled protagonist who applies to the fictional engineering school of The Academy. As a student, he meets new friends—a Ron Weasley and a Hermione Granger look-alike to complete the Power Trio trope. They discover the mysteries surrounding the school itself, its founder, and the strange devices that have subsequently appeared.

The player, as Sam, has no particular choices in the events to follow nor does he say anything at all. He is submissive, as he follows whatever anyone says or tells him to do the moment he steps into The Academy—whisking him towards a hero status he doesn’t really deserve. To personify oneself into a character isn’t possible as you are drawn instead to the surrounding supports.

The talkative duo of the Power Trio are contrasting enough to add soul and personality to the adventure. The trail of characters is complete with your usual class bully, the awkward bullied roommate, and a handful of professors.

Classes are daily with quizzes from readings provided to you and puzzles to solve. The pop quizzes, however, don’t do anything to you story-wise. Getting the answers wrong appears to be completely inconsequential and thereby submitting the protagonists and its characters to simply floating through their academics. There is an option to study in your dormitory room, but it doesn’t appear to affect anything.

The only true way to move forward is through the Professor Layton-like word and visual puzzles. The use of problem-solving is a clever way to emphasize The Academy’s world of logic and engineering.

To someone that’s familiar with logic puzzles or problem solving in general, the puzzles of The Academy may appear to be too easy. It is possible to breeze through the questions, especially with ones that are simply asking for your attention to detail. While starting a puzzle, is exactly how Professor Layton works, with its logo as the transition—how the puzzle is completed exceedingly differs.

The Academy either presents you with a multiple-choice solution or a point-to-the-right-answer type. It is possible to simply guess the answers with little to no consequences. The probability of guessing an answer wrong is the same as guessing an answer right due to the fixed number of choices.

The game, though understandably new, is not free from a glitch here and there. The photo feature introduced would disappoint despite how interesting it would have been. If you are not in a mode that uses your mouse solely, it will be impossible to take any photograph; the quest associated with it will not be achievable because of this.

If you are using your mouse to move, the photo mode will destroy the background of the game – leaving it white with character bodies seemingly standing in oblivion when spoken to.

Despite this, the story remains to be the thread that keeps you tied to finish the game. The mystery is undeniably intriguing, and the lore unique and creative. It may not be the Harry Potter-inspired game people believe, but it has elements of crazy inventions that places Da Vinci in mind instead.

The puzzles may be too easy, but it doesn’t mean it can’t be enjoyable for others. The Academy can still be worth a try just for the curiosity of what all the puzzles look like and the pride of completing them all.

The Academy has a lot of points to work on, and its gameplay may not be the most unique, but it still gets praise for art and story.