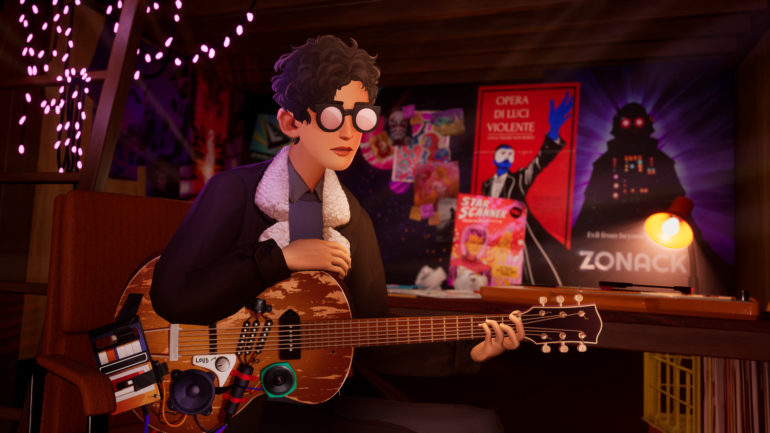 The new gameplay walkthrough footage showed a lot of gameplay of the upcoming indie title. Creative Director Johnny Galvatron was narrating through the whole video explaining what the game is all about. It is a beautiful and very innovative video game with unique mechanics and stylish art design.

On the eve of his first performance, Francis Vendetti battles with the legacy of a dead folk legend and the cosmic wanderings of his own imagination. Francis, a teenage guitar prodigy, sets out on a psychedelic, multidimensional journey to inspire his stage persona.

The game will launch on Xbox one, PC via Steam, and Apple Arcade.

Check out the gameplay walkthrough here: