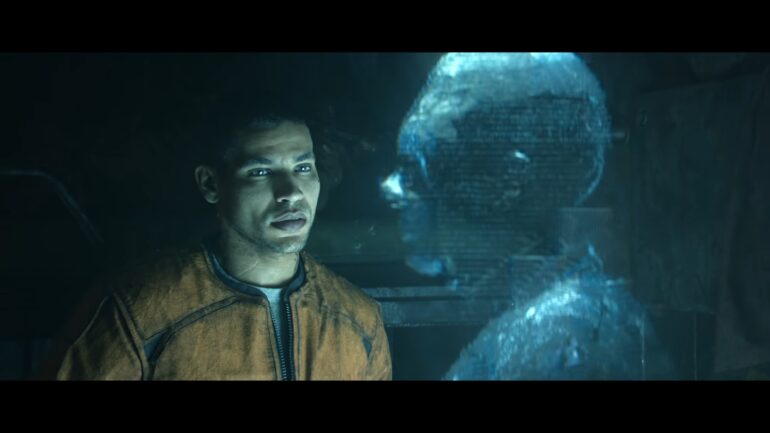 Upcoming video game The Callisto Protocol might be launching later sometime in 2022, but fans are already appearing as it is developed by ex-Dead Space developers. It is also lead by Glen Schofield, who also had first-hand experience with the very popular space horror video game series.

Schofield recently shared some exciting details on the Official PlayStation Magazine (February 2021 Issue) about their latest project. This new information gives a glimpse of what to expect of the new title that takes advantage of all the features of the PlayStation 5.

Striking Distance Studios, the studio founded by Schofield, is fully taking advantage of the PS5, its accessories, and features. They are developing the game is such detail that it almost looks real with the power of the new consoles. “There’s so much detail we can put into it now, it’s crazy,” stated Schofield.

Aside from textures, the developers have improved environments. Schofield shared that everything that inside his room could be added in the next gen. He explained that every small detail like pencils and pens can be put into the PS5 in great detail. This is also what they are planning to do so.

The PS5’s Tempest 3D AudioTech plays an important role in this game too since sound is a very important factor in scaring the audience or players. Since it is 3D sound, players can likely sense where the sound is coming from.

“You can hear something, and it sounds like it’s behind your back, or it’s just above you,” exclaimed Schofield. “With headphones on, it’s insane.”

Currently the team is thinking of ways on how to take advantage of the haptic feedback for the scare factor.

“We’ll see how we can get that to work. But I think we can get a couple of scares out of the of the controller itself,” Schofield says. “There’s a number of things that are really going to help us make a next-generation survival horror.”

The Callisto Protocol will launch sometime in 2022 on PC, Xbox Series X/S, and PS5.