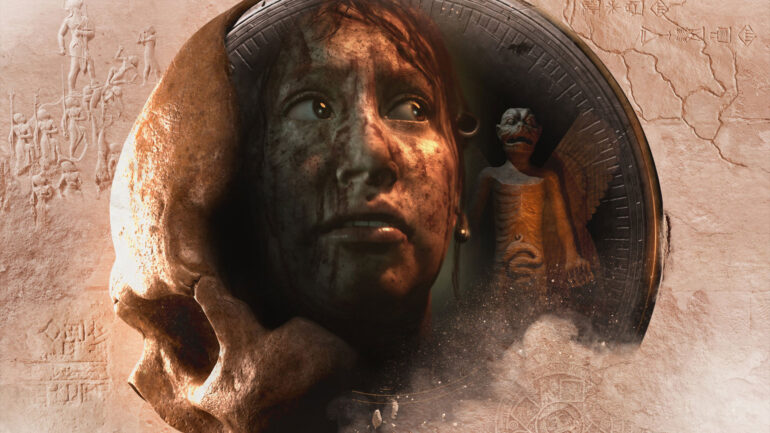 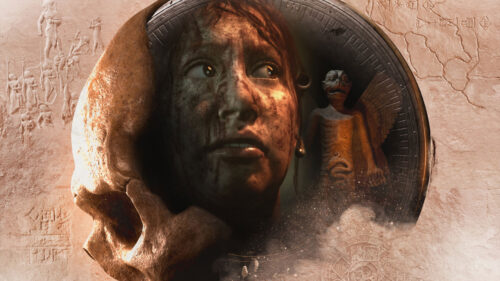 Another Halloween season means another Dark Pictures Anthology episode is coming our way, this time with the third game, House of Ashes. With the wild success that was Until Dawn back in 2015, it makes sense that Supermassive Games would like to double down on the interactive horror drama genre that put them on the map.

This doubling down is in the form of The Dark Pictures Anthology, a horror trilogy that up to this point hasn’t reached the highs that Until Dawn ever did. Unfortunately, I can’t say that this series’ newest entry, House of Ashes, does anything new or unique enough to make it any different from the previous installment, Little Hope. Still, it does succeed at being a dumb popcorn thriller that is a lot of fun if you’re willing to turn your brain off for a few hours and sit through some technical shortcomings.

House of Ashes starts off in 2003 Iraq and spares no expense at reminding you that this is the early 2000s. Cheap imitations of Eminem are playing on the radio. Sadam Hussien is at the forefront of everyone’s minds, and we have one character with “Remember 9/11” written on his hat with a drawing of the Twin Towers on it to boot.

You’re more or less in for Supermassive Games’ version of Green Zone for the first hour. But instead of casting Matt Damon, we get Ashley Tisdale and a supporting cast of characters that all take turns being the most unlikeable character on screen until they find themselves at the mercy of ancient Sumerian monsters.

Here is a rundown of your crew: Eric, who seems to never want to take off his aviator sunglasses, Rachel, dubbed “Queen Bitch” by the whole squad, Nick, the blandest character that I have ever seen in a video game, and two guys that love yo momma jokes. Regardless of the direction that I spun all of these characters, I never really liked most of them except for Salim, a character that, for the most part, serves as a counterweight to this very thickheaded crew of marines.

House of Ashes’ storyline isn’t anything special. However, if you’re craving a dumb, fun thriller that you can get some laughs from this Halloween season, then, by all means, this fits the bill. I say thriller and not horror because this game is definitely not scary. Past the opening 10 minute sequence that utilizes cheap jumpscares to startle you, there really isn’t much here to keep your hairs standing on end. What House of Ashes does well is creating tense, suspenseful moments during chase sequences and timing-based QTEs that keep the melodrama up. And boy, does this game enjoy swimming in melodrama.

Like the last two games, House of Ashes is hosted by the Curator, who delivers the best performance in the game. I was hooting and hollering at how bombastic his introduction was, and I wish it leaned into that level of cheese a little more. This game takes itself too seriously, and these characters, coupled with this story, just do not merit it. Some dialogue choices left me scratching my head, and at times the plot was eye-roll worthy, if not so absurd, that I couldn’t help but laugh. During certain parts of the story, characters will exclaim that a particular task is impossible, the game would fade to black, fade back in, and like magic, that task is accomplished. The horror clichés and tropes are here a-plenty as well. Again, this is B-tier horror movie writing that isn’t particularly scary, so just be prepared to go into it with that in mind.

On the topic of dialogue, man, do some of these voice actors just phone it in. One character, in particular, Nick, sounds so detached from what he was saying that I wondered if the studio just decided to do everything in one take and call it a day. Nick’s voice actor is definitely the worst of the bunch, but the rest of the cast doesn’t fall too behind in delivering stiff performances. There are only two characters that provide solid performances from start to finish, and neither of them is the headlining actor on the box cover.

Compared to Little Hope, which was a bit of a drag, House of Ashes manages to keep things moving at a good pace which is commendable. Supermassive has cut down on a good chunk of that aimless walking that can so easily plague these interactive movie-style games. It’s not that those sections are always bad; it’s just that when I go into this type of game, I know that the real meat and potatoes are in the interactive cutscenes and character interactions that thankfully make up around 75% of House of Ashes. However, Supermassive still has not fixed the awful camera work that happens when you’re in these exploration sequences, and you’ll likely find yourself walking into walls while the camera is looking in a completely different direction.

These walking sequences are also brief enough with small enough exploration areas that you should have little difficulty finding most, if not all, of the collectibles in the game. I do have to say that I disliked the “pictures” collectibles in particular. The primary function of the pictures collectible is to give you a premonition of potential death scenarios for certain characters tied to that picture. I despised this feature because it essentially spoiled the game.

The stakes can never be any lower than when you already know what you have to do to survive. I get that the game’s primary goal is to come out of the other side with all characters intact, but I’d prefer you let me unknowingly screw up and live with those consequences. Otherwise, what’s the point of the choose your own adventure format?

Character relationships are back, dictated by dialogue choices, but I fail to see when any dialogue choice I made had any tangible impact on the story. I could be as endearing or rude as I wanted to be to any character in the game, but it never mattered as the game doesn’t lock you out of any potential decisions. Two characters could have such quick changes in relationship dynamics that I’m surprised no one got whiplash in the process.

This isn’t to say that all decisions are worthless. There are big decisions to make in House of Ashes called “Bearings” that will dictate how the story plays out, but they are in your face and hard to miss. Any decisions outside of these Bearings don’t matter or are too subtle to feel like they matter.

On the technical side, House of Ashes has distracting blemishes thanks to awful pop-in and awkward animation. Scene transitions will have textures pop in or sometimes not load in correctly, and shadows behave essentially the same way. The worst part about watching these characters is the strange way that they will look at the sky or have wandering eyes during dialogue sequences.

Seriously, I don’t know if there is some sort of bug or if these characters are just animated poorly, but you will catch them looking at the sky or aimlessly to the sides during a conversation, especially at the beginning of the game. House of Ashes becomes an exceptionally goofy game as a consequence. I’m talking launch day Mass Effect Andromeda-style eyes here.

Supermassive’s third Dark Pictures Anthology game, House of Ashes, doesn’t do much to differentiate itself from the previous two installments, instead deciding to stick to the script those games wrote. Dreadfully unlikeable characters and a sense of false agency in character relationships hold it back from being a game you can really invest yourself in.

If you can stick through some wooden voice acting and awkward animation, there is a decent B-movie thriller here that is easy to digest if you’re looking for some video game pulp horror this Halloween season. 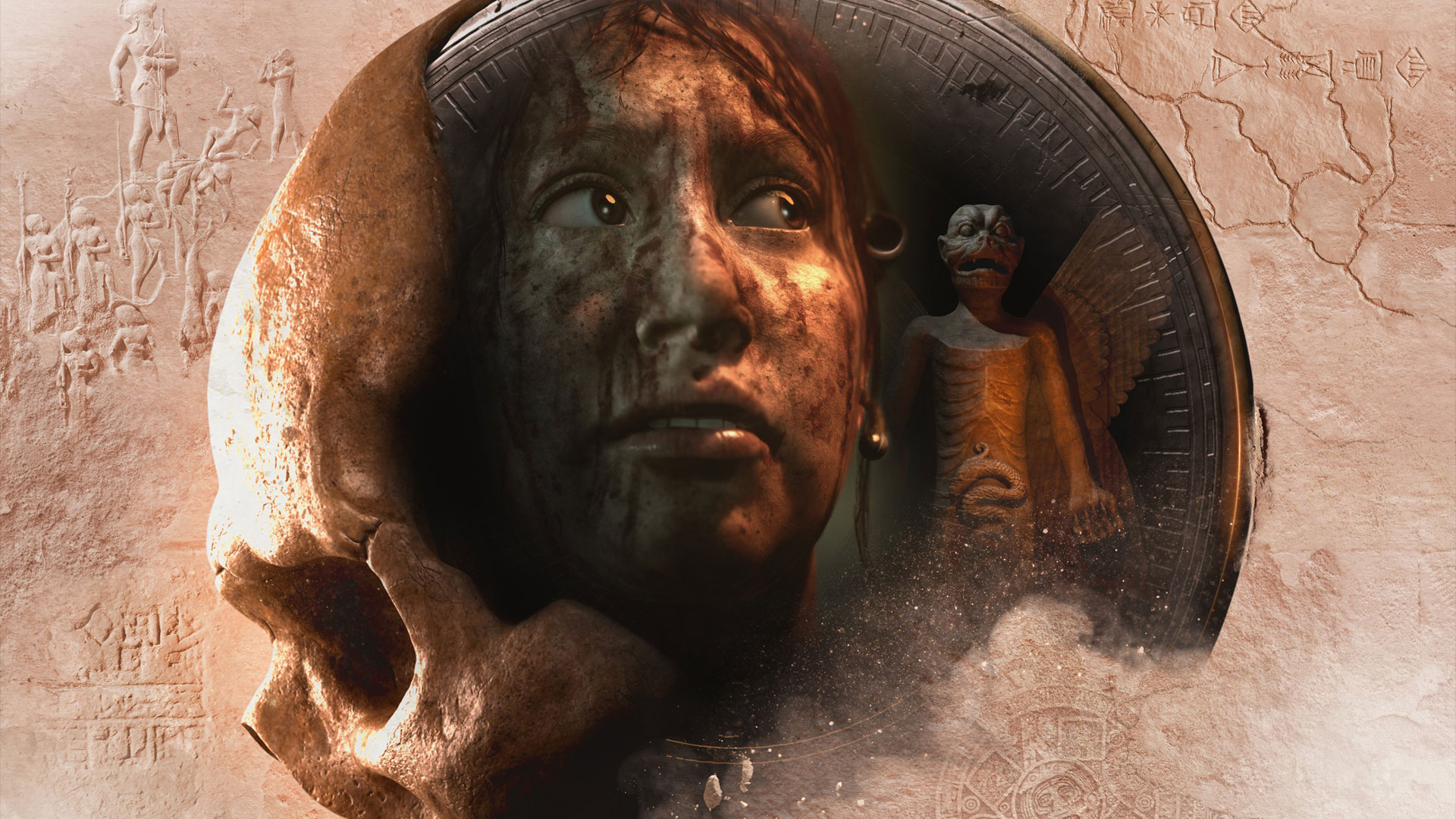 The Dark Pictures Anthology: House of Ashes – Review
Score Definition
You better have to choose if it’s worth spending your spare cash, because it might not be the game for you and it might be for others.
Pros
Well built tension
Well-paced
Easy to digest, fun and straightforward thriller
Cons
Stiff voice acting
Lack of agency in character relationships
Awkward animation
Unlikable characters
Premonitions ruin the fun
6
Justified