The Division 2 gets a new extension of its life with the latest season. 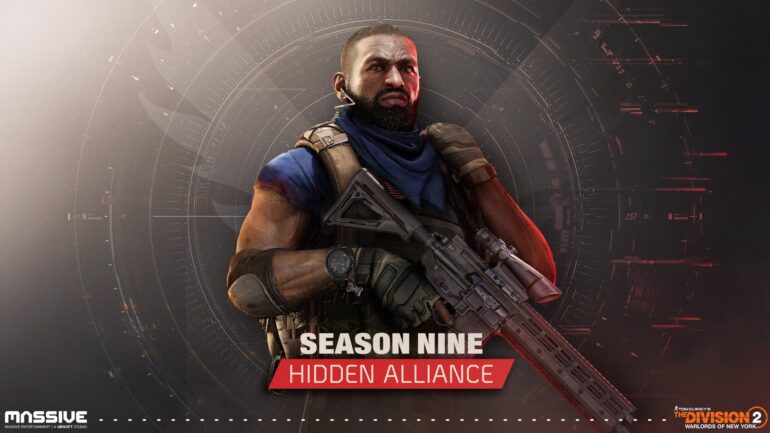 Ubisoft has revealed The Division 2 Season 9 trailer which offers details of the new content.

The newest season is called Hidden Alliance where players will be honing the manhunt structure in order to give an episodic narrative with the game. Instead of exploring all 12+ districts of Washington, players will now be focusing on a smaller area. This will give Ubisoft a more contained, concentrated stories and to avoid repetition from season to season.

The start of Hidden Alliance will open with a cinematic flashback showing the consequences of fighting Faye Lau at Camp White Oak. It will start right away from the point where Kelsos, Benitez, and Rhodes all cope with what has happened.

Players will be able to know more of the main story after eliminating one of the manhunt targets and meeting up with Kelso at the Base of Operations. This will help players avoid crucial story details.

The Hidden Alliance manhunt will have a list of high-profile targets, but this time these guys are not from the Rogues. These are from the True Sons with one of the targets the successor of Antwon Ridgeway after his death. The new leader is known as Captain Lewis, but he has his own agenda.

There are new lieutenants that are targets for the manhunt and have different behaviors and motives. The True Sons have somehow changed and their zealous followers are somewhat alienated by this.

Season 9 also debuts a new kind of content for players to try out. This is a new system and is just the first version at offering a different style in delivering content for the players. This will change in future seasons.