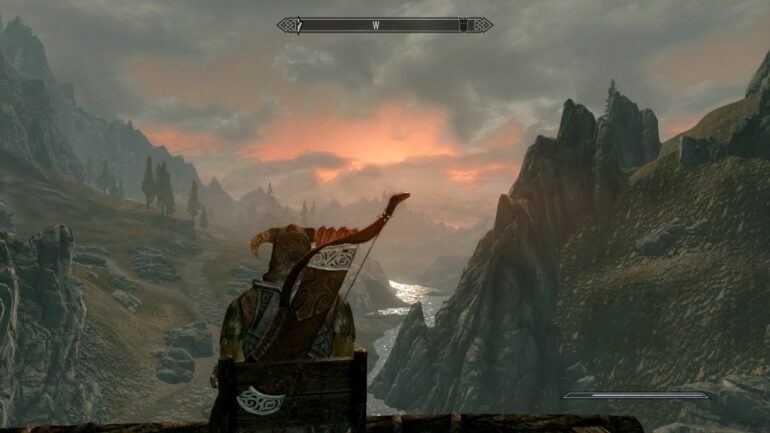 Six years ago, a game rocked the world with its fantastical setting, gameplay, and atmosphere. Last November 17, that same game tried to do the same. Only this time, on a Nintendo platform. 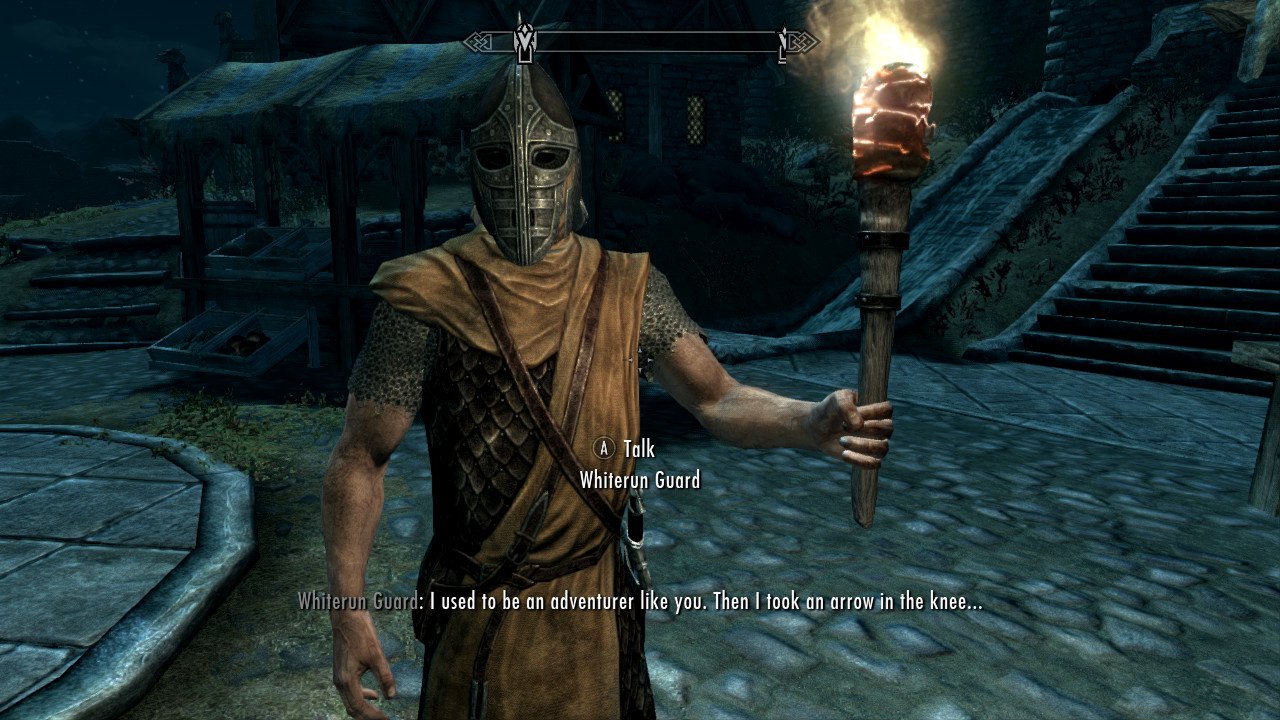 I used to play vanilla Skyrim on PC a couple of years ago. It’s one big game. Unfortunately for me, that’s also the reason I stopped playing after only a couple of hours. I just couldn’t commit my time, especially since I used to travel a lot. I even skipped the remastered versions for the current generation of consoles, PS4 and Xbox One for the same reason. You see, when I play a game, I want to play as much as I can, only stopping when I’m satisfied with a quest or on my playthrough. I don’t want distractions, especially when I’m fully immersed. In my library, big open-world games like Skyrim just doesn’t get played as much as quick pickup multiplayers like Overwatch and Rocket League. Until Bethesda released the game on the Nintendo Switch.

Skyrim on the Switch is still Skyrim as I remembered it to be, only more beautiful. Its lush environments make trekking the world enjoyable. Its NPCs (Non Playable Characters for those of you who don’t know) are talkative and reponsive to the point that they make the in-game world feel alive. The map is huge and would take hundreds of hours to experience the game fully. 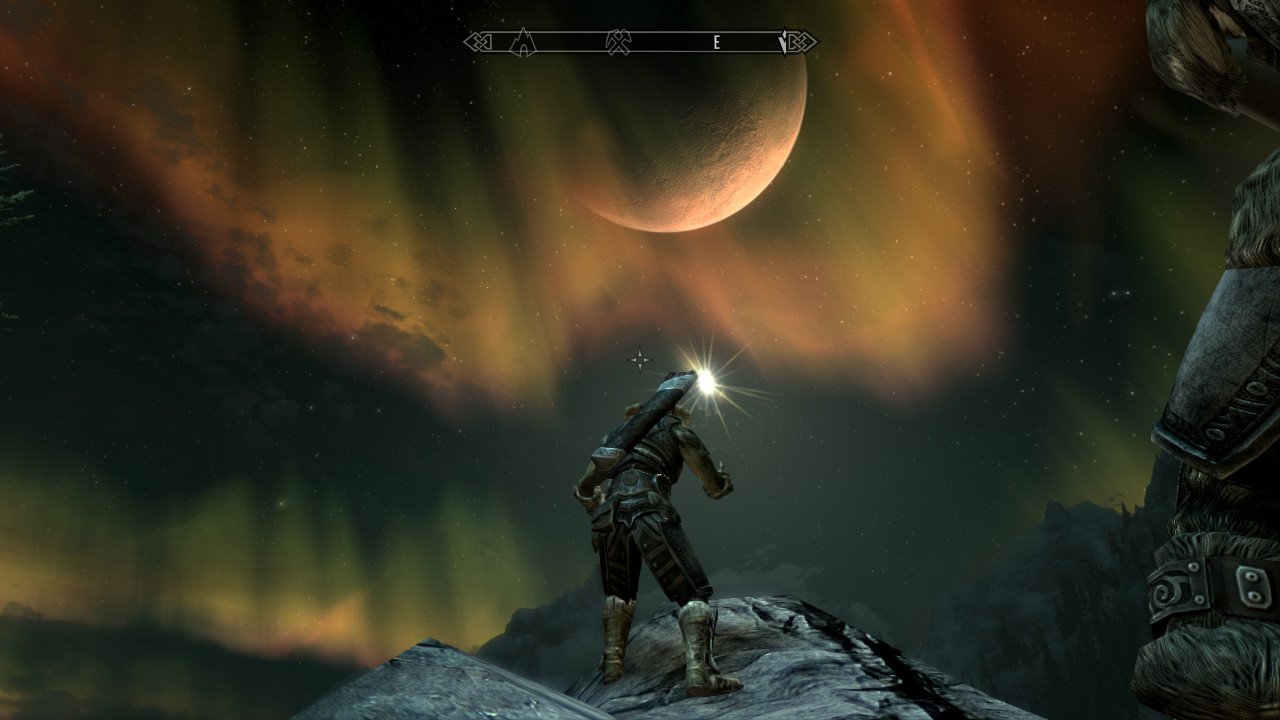 It has been reported that the assets and textures of Skyrim on the Switch is on par with the remastered versions, albeit in lower resolution. The game runs on a steady 30 frames per second at 720p in portable mode and 900p when docked. I’d say this version of Skyrim is in the middle of the first Skyrim release on PS3/Xbox 360 and the PS4/Xbox One, with the upgraded shaders and textures of the remastered ones.

However, Skyrim is a six-year old game and it shows visually. That doesn’t mean the experience is dull. The game is still as gorgeous as it used to be. At night, the sky lights up with the stars, sometimes even showing bright dancing lights, the aurora borealis. The dragons, giants, and all the other monsters move like how they’re supposed to. However, the human characters’ faces still look weird, sometimes ugly, and they stare at you with their soulless eyes as you interact with them. 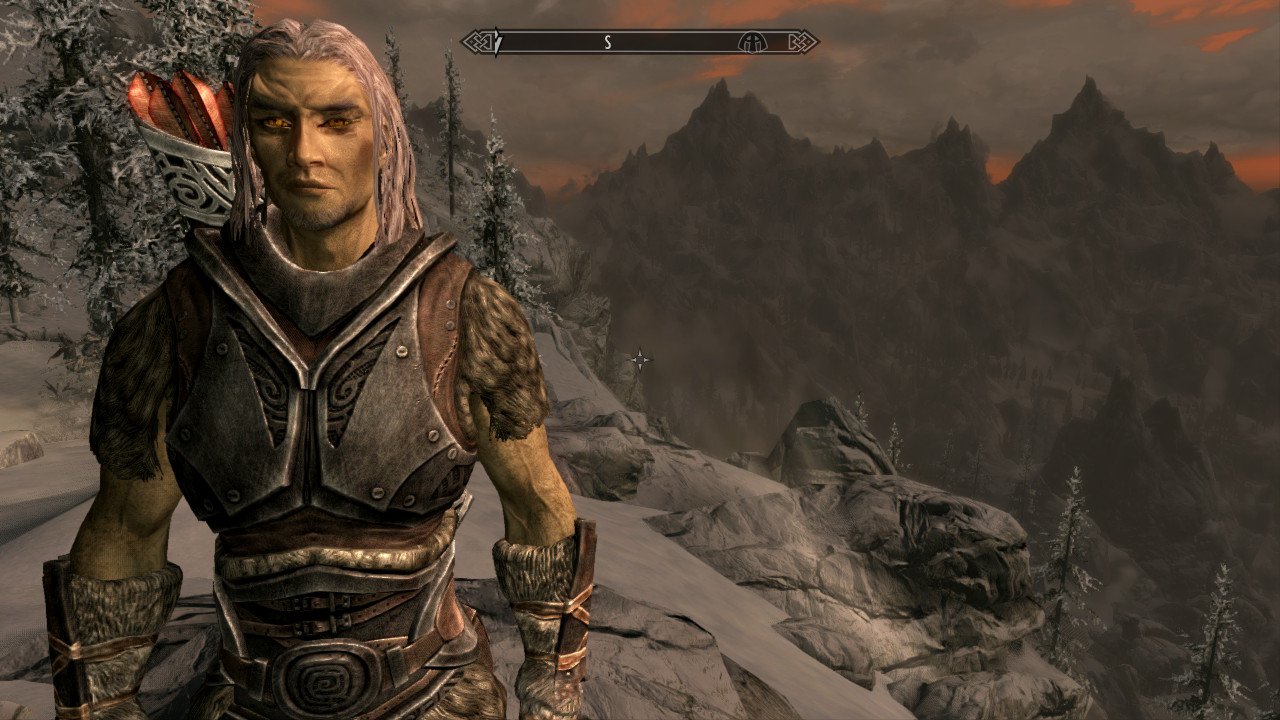 The game started with me travelling on a cart with a couple of dirtly-looking people. We were held as prisoners. The other people on the cart with me were talking about wars and rebellions and some other expositions I do not know about (this is my first Elder Scrolls game). We then entered a town named Helgen. The guards there ordered us to step down from our vehicle.

Three hours later, I finally decided on my character’s race and physical features. So, I tried to be the best looking High Elf I could make. After a bunch of talking my character then went to get beheaded, only for a dragon to come by and attack the town. The event led to my escape to the first peaceful town of Riverwood.

I went on a quest about a love triangle, told a girl a poisonous letter was being sent to her. I then killed her lover ACCIDENTALLY, making me end my supposedly first sidequest unfinished. Hmm, typical Skyrim.

I could just reload a save and get back to the mission, but I chose not to. I decided firsthand that I’ll play this game without regretting any decisions I made.

Such is the beauty of Skyrim. You play the game as the character you want, in any way you want. And for the first time on Switch, with its console/portable hybrid nature, you can even play anywhere you want.

Skyrim makes you own the game. The distractions when traversing its huge map makes you be the narrator to your own story. Well, it’s Skyrim. It’s immersing. However, such a great game still has its flaws.

Taking stuff out of your inventory is still wonky. Don’t get me started on that annoying weight management (!!!). Why can’t I carry as much as I can so I can sell them all to a merchant until their gold goes zero? Oh well. 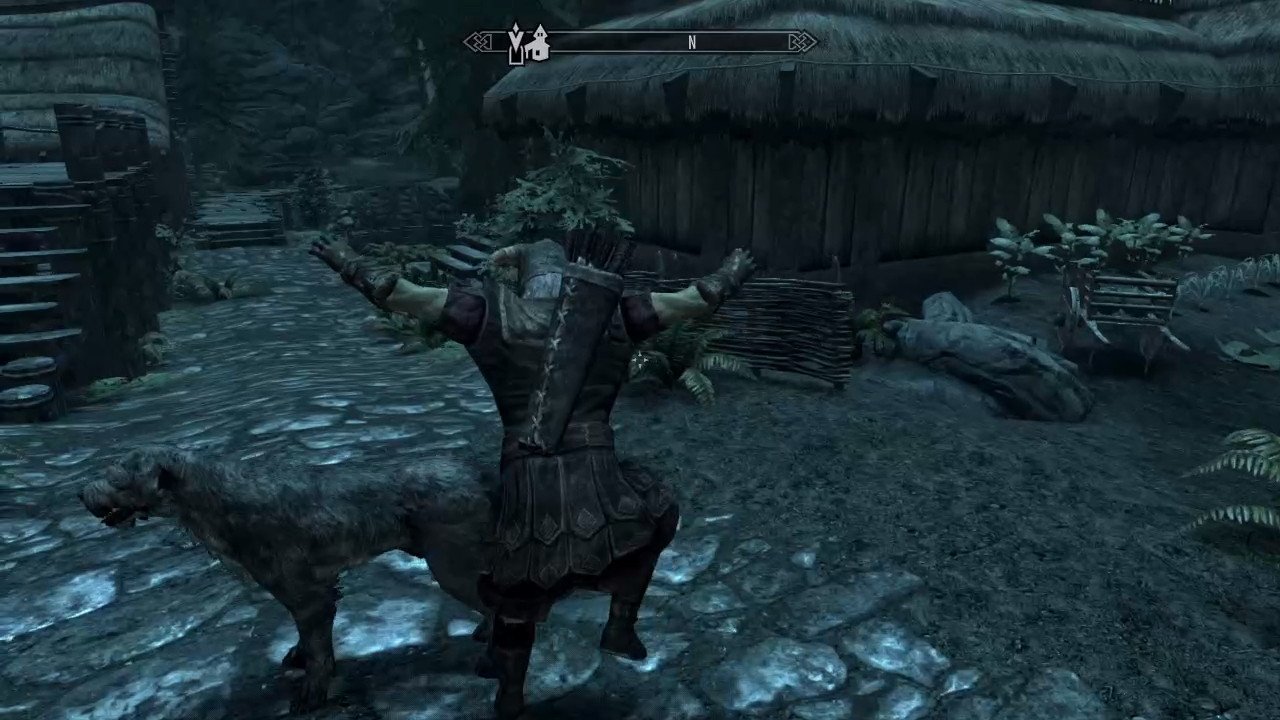 Anyway, Skyrim for the Nintendo Switch is still well,  Skyrim. It even has all the bugs and glitches in tact! I even found one right after the escape from Helgen. Endless falling animation even when I’m already on the ground? Check. Floating horse? Check. These bugs aren’t game-breaking though, and I still have yet to encounter the ones which make NPCs disappear, rendering a quest uncapable of being finished. Bugs like these make me hope mod support will be added to the Switch version soon. I can hope, can’t I?

Melee combat is weird with motion controls, reminding me of the early Wii games. My High Elf swings his axe a second or two after my slash in real life, making melee weapons feel floatier to use than they already are. Aiming, however, has never been easier. When shooting an arrow, you can shift your controller (or the whole tablet when in portable mode) slightly horizontally, vertically, and diagonally to perfect your aim. Makes me wonder when other games will incorporate this feature into their design. And don’t get me started on lockpicking.  I could make a whole new article on how twisting two joycons feels so good and satisfying. The HD rumble helps make the mechanic easier,  too.

The audio tracks and music in Skyrim is still goosebump-inducing. Encountering dragons are made more epic because of the music. Walking peacefully through a town with silence and footsteps at night is relaxing. Dungeons and caves with monsters are made even scarier. I’m not saying I’m a scaredy cat, but the music made it feel like a jump scare is about to happen.

When you’re done with the main quest, you can still go out and explore the map. You never know what you might find. Or, you can even choose to live like an NPC, walking around town for days on end, doing nothing but sleeping, drinking, and then work on a farm or things NPCs do. You can buy a house, fill the shelves with books, adopt a kid, be a good dad. Or you can be a tyrant, killing everyone on town. But who would do that, really? He-he. Excuse me while I load a save. 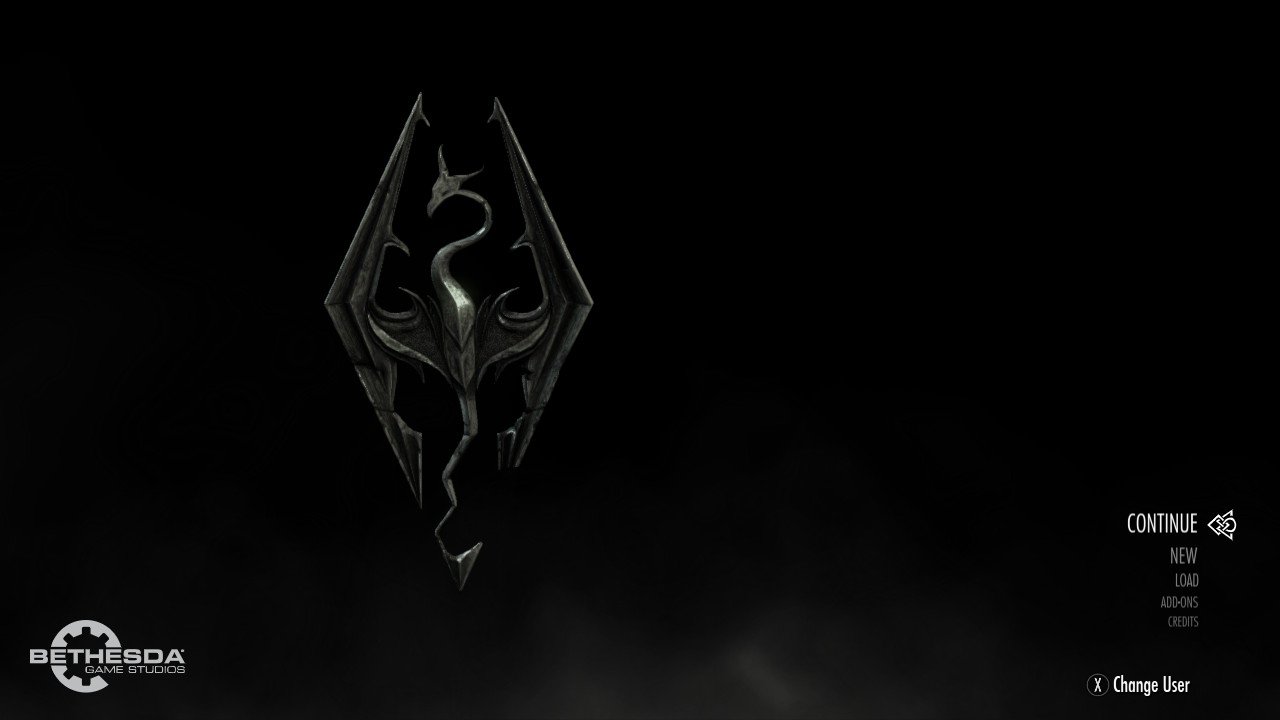 The Elder Scrolls V: Skyrim (Switch) - Review
Score Definition
May it be the likes of Shadow of the Colossus or Metal Gear Solid, if it’s quite there but not enough to push the boundaries, it’s still an awesome game.
Pros
Play Anywhere, Any Time
World Feels So Alive
Big Game On A Small Console
Fully voice Acted NPCs
Cons
Bugs and Glitches
No Mod Support
9.5
Excellent