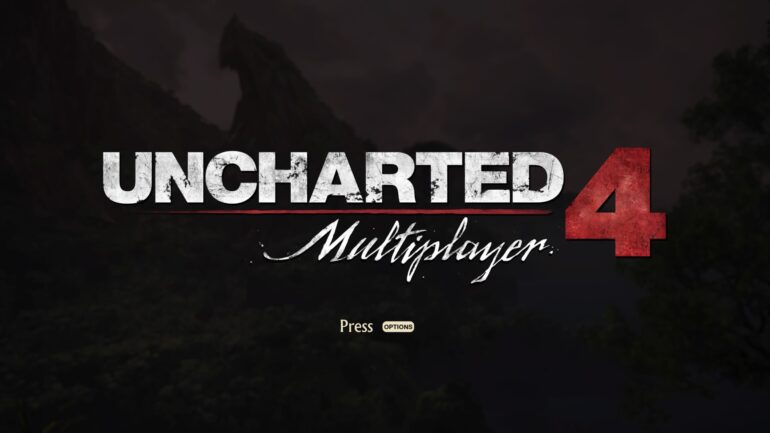 Since the recent news that Naughty Dog’s highly-anticipated exclusive, Uncharted 4: A Thief’s End, release date was moved to May 10, 2016; the PS4 fans gave mixed feedback… others said it was a good choice to optimize and finalize the game, while some said it was bad because the release date was already pushed back a lot of times. For me, it’s a good thing that ND is taking their time like what Rockstar Games did for Grand Theft Auto V to make sure the game will have a smooth release when it’s out.

Last March 4 9:00AM PST, it was the start of the stress test weekend of Uncharted 4’s servers for the game’s multiplayer side. For those who didn’t know, there’s a multiplayer mode for Uncharted. Multiplayer experience started in Uncharted 2: Among Thieves. This is the first time I actually played multiplayer since I started playing the series recently this year – because I didn’t have a PS3 last year and it made me interested of playing the series to know how good it was and frankly, it was worth my time and money.

Going back to the stress test, the sole purpose for this is for Naughty Dog to check how their servers are doing and it went pretty well for my experience. The gameplay was fun, a lot of good moments like when you get to kill a player with a melee attack. No lags or disconnects. It’s only the finding of a match/game that takes a while – this is because of the way Naughty Dog optimizes the best gameplay experience with no lag and filter those players with bad connection out to make the multiplayer experience great.

The stress test only have 1 game mode (Team Deathmatch), the characters available are the main protagonist and antagonist of the franchise, you can customize the skin of characters, unlock guns while you level up, use mystical items like the Cintamani Stone (Uncharted 2) and the El Dorado (Uncharted 1), and there are challenges for you to get points to unlock weapons/items for your custom loadout.

Playing the beta/stress test already gives you a glimpse of what you’re getting when the game is released graphically. It looks astonishing and so far one of the best looking game on the PS4 yet.

As I said, I never played the whole multiplayer experience on the PS3 with Uncharted 2 and Uncharted 3, but with my experience on Uncharted 4’s stress test weekend, the multiplayer mode is not an e-sports game but to just give some additional fun and experience for those players who loves the franchise and who just loves shooting people.

Overall, the stress test weekend with Uncharted 4 was an incredible and fun experience. If you still want to play Uncharted 4’s multiplayer, be sure to login to PlayStation Store and download the game (with a 7GB file), and hop in to enjoy the multiplayer experience. The Stress Test Weekend will end by March 6, 2016 11:59PM PST.

For more FAQ about the multiplayer, please visit here.

Uncharted 4: A Thief’s End will be released on May 10, 2016 for the Playstation 4. Our team also pre-ordered the Libertalia Edition and will be doing an unboxing when we get our hands on it.