The Great Ace Attorney Chronicles Out Now on Multiple Platforms

Get a purchase bonus for a limited time only. 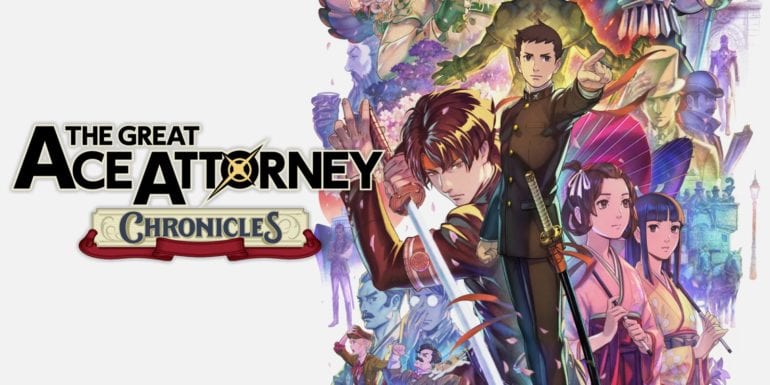 Set in the late 19th century during Japan’s Meiji Period and Britain’s Victorian era, The Great Ace Attorney Chronicles follows an aspiring Japanese lawyer named Ryunosuke Naruhodo, an ancestor of courtroom legend Phoenix Wright. With the help of his legal aid, Susato Mikotoba, and London’s great detective Herlock Sholmes, Ryunosuke must put his attorney skills to the test to unravel the mysteries behind 10 gripping cases.

In addition to the classic Courtroom and Investigation gameplay Ace Attorney fans love, The Great Ace Attorney Chronicles introduces new gameplay mechanics with “Dance of Deduction” and “Summation Examination”. During Investigations, players will engage in an exuberant “Dance of Deduction” with Herlock, where they must rein in the detective’s overzealous deductions to discover the true facts of the case. Courtroom Battles also return with a new twist. In addition to presenting evidence and questioning witnesses, players will partake in “Summation Examinations” where they must point out inconsistencies among jurors’ statements in order to move the case forward.

New to the Ace Attorney series is the Story Mode, which allows players to sit back and watch the game’s thrilling story unfold without having to perform any added detective work. The collection also features newly recorded English voices, giving players the option to experience the game’s audio in either English or Japanese with English subtitles.

The Great Ace Attorney Chronicles also offers a range of bonus content for fans looking to delve deeper into the lore of Ace Attorney. The expansive Art Gallery and Auditorium allows players to immerse themselves in the artwork, music and voice recordings from the games. The Great Ace Attorney Chronicles also includes bonus content in the form of “Escapades” – eight additional mini-episodes that are separate from the game’s main story.

Players who purchase The Great Ace Attorney Chronicles  on multiple platforms by Aug. 31, 2021 at 23:59 h BST / CEST will also receive the “From the Vaults” Early Purchase Bonus – a collection of 54 art and music pieces that contains some never-before-released content.