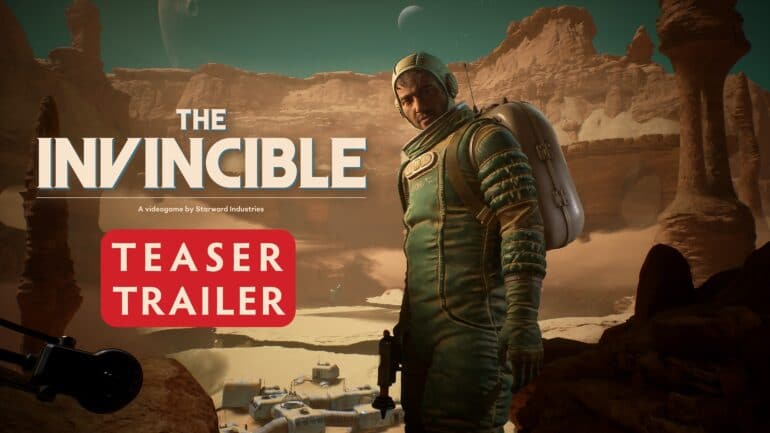 Developer Starward Industries have revealed the first teaser trailer for their single player sci-fi retro-future thriller, The Invincible. The game is inspired by the best-selling novel from the brilliant science fiction author, Stanislaw Lem.

The teaser introduces Dr. Yasna and Astrogator Novik, the game’s main cast, as they try to escape Regis III. Against the advice of the Astrogator, Yasna decides to take a bold step. Now she has to face the consequences of her actions.

Using Unreal Engine, The Invincible is currently in development for PC and PlayStation 5 and Xbox Series X. Set in a distant galaxy on the mysterious planet, Regis III, players will take on the role of scientist, Dr. Yasna, and can look forward to multiple story paths and endings in this cinematic adventure thriller.

The story takes place in an alternative retro-future timeline, where digital technology has not been invented. Although humanity uses analog technology, it has conquered vast amounts of planets and ventured into many other galaxies thanks to it. It will also introduce games firsthand to the idea that there are places in the Universe that are not only unwelcoming to humanity, but entirely forbidden.

You can find more information about the game through its official website. You can also wishlist the game right now on Steam.