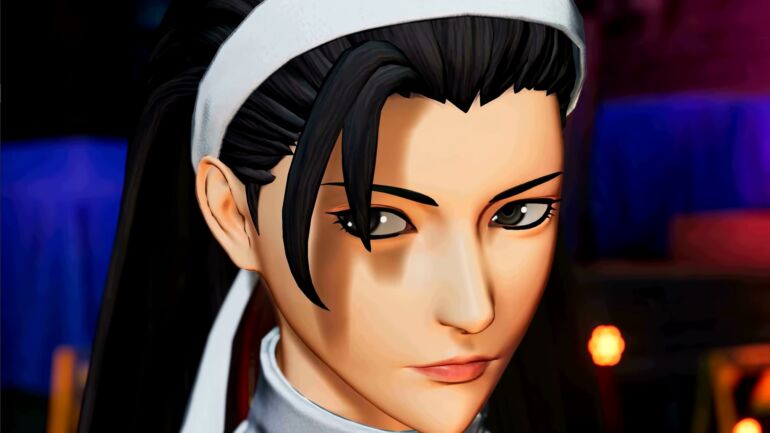 Game company SNK has finally revealed the newest character to be added to the roster of upcoming action fighting video game The King of Fighters XV.

The last character of Team Sacred Treasures is Chizuru Kagura. She is of the Yata clan, one of the three powerful clans entrusted with the Sacred Treasures capable of sealing away “Gaia’s Will” otherwise known as Orochi. Her fighting style resembles traditional Japanese dancing. She uses the Kagura Style of Ancient Martial Arts that allows her to seal away her opponent’s abilities.

Kagura joins up with Iori Yagami and Kyo Kusanagi to join the latest KOF tournament in the hopes of revealing the powers behind the appearance of the being known as Verse. She is also worried about the weakening of the seal on Orochi.

No other details yet revealed for The King of Fighters XV like platforms and release date.