And how Ogura tried to make him not to obvious, but failed. 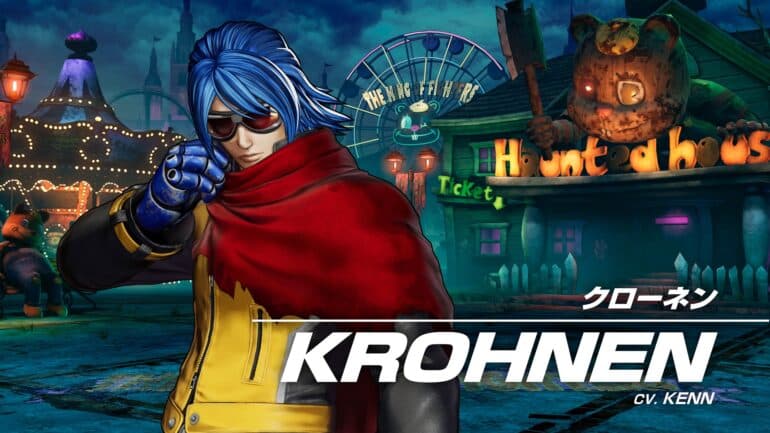 One of the biggest surprises that fans saw during the big reveals of The King of Fighters XV Team announcements were Team Krohnen because it seemed one character had a familiar look and powers.

Fans were confused of this Krohnen character because he was somewhat familiar. Hardcore fans easily recognized him as K9999 (pronounced as Kay Four-Nine) from The King of Fighters 2001. Others were skeptical because they knew it would not be K9999 due to a controversy back then, which was the reason for not bringing him back after KOF 2002. They were really more baffled after they saw Krohnen’s gameplay video as they were EXACTLY as K9999. Now they wanted answers.

Turns out, it was really K9999, but with a new name, new look, and new additional moves. Also, the controversy back then was actually false and they just did not want him back to the roster. Until now.

So, why did K9999, now Krohnen, come back to the chaos that is The King of Fighters and in XV? Why now?

You have Creative Director Eisuke Ogura to thank for that actually.

“I’ve had this thought in my head for many years now that if I were to make my own KOF, I’d find a way to get him in,” revealed Ogura in an interview with media outlet Siliconera. “Finally, for KOF XV, I was allowed control over the roster, so I was able to push my idea forward.”

Ogura also revealed what went into his head for designing this new Krohnen for KOFXV. He was going to hide the fact that it was K9999 and make sure it was not him at first glance, but he sort of failed at that. Fans easily figured it out at first glance.

“My first goal was to make sure it wasn’t apparent that it was him at first glance,” shared Ogura. “Though, I don’t think I did a good job here, haha. I wanted a throwback to his original design, and so I kept his glove but made sure that it’s heavily worn down and in need of repair in the story. (K’ and Kula’s gloves were renewed in KOF XIV.) There’s also the color scheme that I feel compliments him, and also, we decided to give him a bike because that also felt like a nice fit.”

It is all thanks to Ogura that K9999 came back to the KOF scene and got reborn as Krohnen. Now fans are satisfied that almost everyone is in this game and some are even praising it as the one to have due to its enormous and growing roster.