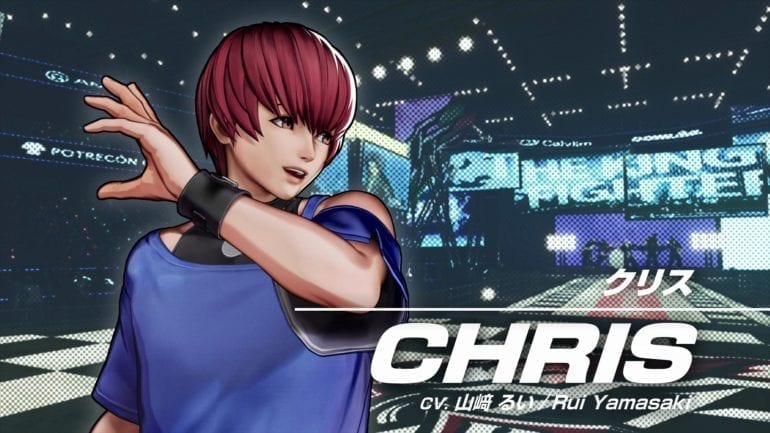 Game developer SNK Corporation is proud to announce that the three fighters Chris, Yashiro Nanakese, and Shermie are back in The King of Fighters XV for the first time in 19 years.

Chris is the final team member of Team Orochi and finally completes the trio that will join KOFXV. No one knows what their agenda now is, but it seems they are just in it for the fun. Or they might be going for Team Sacred Treasures. No one knows.

Team Orochi has not been part of the main KOF series since KOF 2002. They are finally back after 19 years.

Chris is the vocalist of the rock group C.Y.S. Like his bandmates Shermie and Yashiro, Chris is also a member of the Four Heavenly Kings of Orochi. Though he has no experience in martial arts, his attacks utilize his small frame and speed to overwhelm his opponents. At first glance, Chris seems like a well-mannered young boy, however his angelic smile hides his devilish demeanor.

Yashiro is the lead guitarist of the rock group C.Y.S. However, this is all a front as, for the past 660 years, he has undergone multiple reincarnations as a member of the Four Heavenly Kings of Orochi- who are the true enemies of the Three Sacred Treasures. He develops an interest in the mysterious powers wielded by the strange being known as Verse and sets out with his friends Shermie and Chris to join KOF.

Charming but dangerous, Shermie is both a fashion designer and the lead keyboardist for the band C.Y.S. Her true nature is the same as Yashiro and Chris, as she herself is a member of the Four Heavenly Kings of Orochi. She incorporates her love for pro wrestling into her attacks, where she relies on her flexibility to toss her opponents around. Shermie is very amicable to those around her, and though she seems quite laid back, nobody really knows if this, too, is an act.

The King of Fighters XV will launch within this year. No details yet which platforms it will come out, but surely on consoles and PC.