The Latest Chapter of Star Wars: The Old Republic – Knights of the Fallen Empire 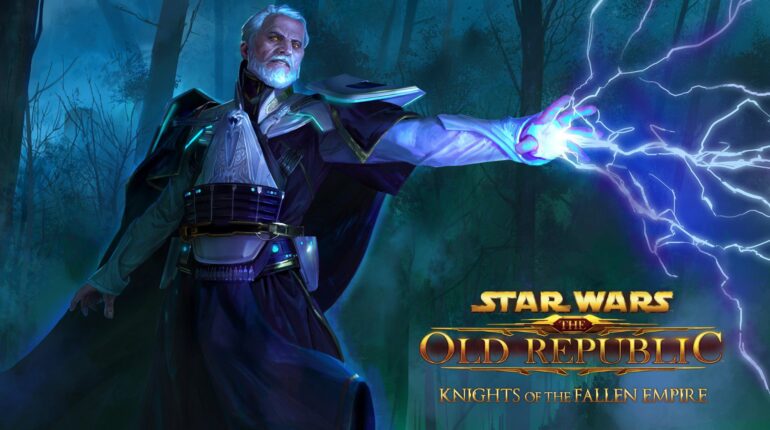 BioWare and Lucasfilm today announced details of the next chapter in the episodic adventure, Star Wars: The Old Republic – Knights of the Fallen Empire.

Get a First Look at Visions in the Dark Teaser Trailer here:

In Visions in the Dark, releasing April 7, players will venture deep into the savage wilderness of the planet Odessen to face the immortal Emperor Valkorion for the first time since becoming the Outlander. As part of the confrontation, you will uncover dangerous secrets about your destiny that bind you to your dark enemy. For those that can master the challenge, there is a great reward waiting – a powerful new weapon inspired by some of the greatest Force users in the galaxy. Meanwhile, your Alliance will risk everything in a life-and-death mission to strike at the very heart of the Eternal Empire – this intense battle offers the chance to shatter Arcann’s forces forever.

Subscribers of Star Wars: The Old Republic can play the Knights of the Fallen Empire story and unravel the truth of their destiny in Visions in the Dark for free* during their subscription period. Players subscribed by April 1 will receive added firepower with the bold new HK-55-inspired Weapon Set that includes in-game items such as HK-55’s Sniper Rifle, Blaster Pistol and Vibrosword.

It’s a great time to jump into Star Wars: The Old Republic to experience the entire Knights of the Fallen Empire story from the beginning of Chapter 1 and continuing your saga as new chapters release monthly. As the Outlander in Knights of the Fallen Empire, players are able to start a new Level 60 character to get right into the game and begin building their Alliance.