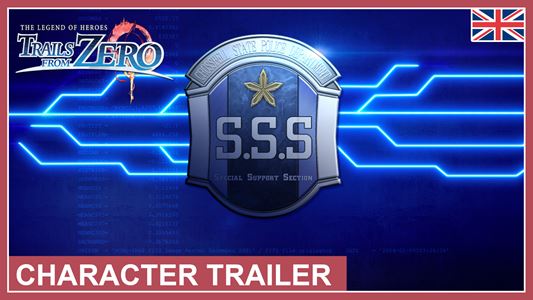 To commemorate the occasion, NIS America released a new character trailer introducing us to the members of the SSS. Let’s see just how much potential they’ve got!

Lloyd Bannings is assigned to Crossbell’s Special Support Section where he and his new teammates must prove themselves as they fight to overcome the injustice of a city gripped by corruption!

About The Legend of Heroes Trails from Zero

After three years away from his hometown, Lloyd Bannings returns in order to follow his late brother’s footsteps and join the Crossbell Police Department. However, when he arrives, he finds he’s been assigned to the Special Support Section, a new division that handles odd jobs and minor requests. He meets his new teammates, which include Elie MacDowell, the granddaughter of the city’s mayor; Randy Orlando, a womanizing ex-soldier; and Tio Plato, a young tech genius.

The Legend of Heroes Trails from Zero is set to release on PlayStation 4, Nintendo Switch, and PC (via Steam) on September 27th, 2022 in North America, September 30th, 2022 in Europe, and October 7th, 2022 in Oceania regions.

To learn more about the game, visit the game’s official website.