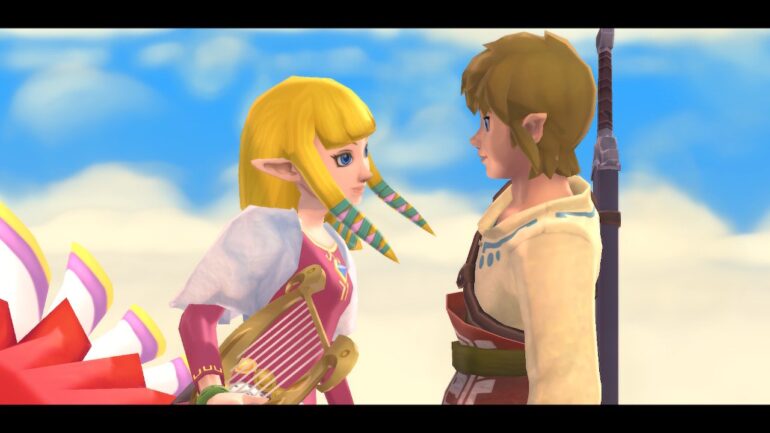 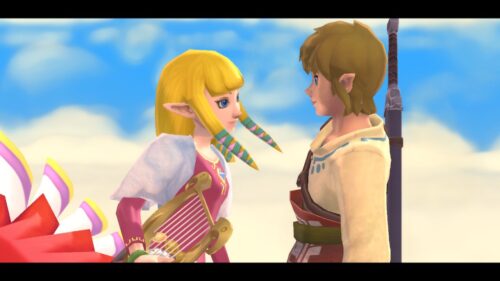 I’ve always preferred the more linear entries in to The Legend of Zelda franchise: Ocarina of Time, Twilight Princess, and etc. But somehow Skyward Sword passed me by when it was originally released for the Wii in 2011. The thing I loved most about entries such as Ocarina of Time was the dungeons and contained areas, each with different themes in which you worked your way through various puzzles and enemies that culminate in uniquely designed boss fights which test the player in different ways. As much as I loved Breath of the Wild and its open world freedom, I did miss this aspect of older Zelda games. So when I heard that Skyward Sword, which is similar to the entries I adore, was getting an HD remaster for the Switch, I was right on board.

The Legend of Zelda’s long running story has admittedly baffled me at times. I mostly take in the games on their own merit as self-contained stories but discovering Skyward Sword is chronologically the first entry in the overarching tale, even being called by some as the origin of the Zelda universe, presented a brilliant opportunity to try and better understand it as a whole. As is tradition, the player assumes the role of Link, this time as a knight in training in Skyloft, a city above the clouds. Link finds himself the wielder of a powerful, mythical sword and once more embarks on an adventure to save Zelda that sees him descend below the clouds to the surface world.

The start of the game introduces a lot of memorable characters, such as Groose, Skyloft’s resident jock and bully. He gives the game some humour which has often been attempted by Nintendo, but not often successfully. Also introduced is the villainous Lord Ghirahim. who is spine tinglingly creepy, seriously this guy is as weird as they come. A character who I don’t like as much is Fi, an entity within Link’s sword who acts as his guide. If you thought Navi was annoying in Ocarina of Time, then you are in for a horrible surprise. Fi consistently interrupts the flow of the game, her annoying voice is most unwelcome especially when she is telling the player mechanics that we have literally just watched unfold on screen. She might be the most annoying side character I’ve ever experienced, and not just in the Zelda series.

Skyward Sword has a very slow start. It takes a long time for things to actually get going and the opening hours are often tedious at best and mind numbingly boring at its worst. It feels like the longest tutorial in videogame history. It also features the most dialogue I’ve ever seen in a Zelda game. I can handle this in the likes of Metal Gear, where there are fully voice acted conversations, but when you’re literally reading text box after text box of pure filler dialogue, it becomes a chore and I found myself skipping a lot of it. The pace begins to pick up when you’re finally on the surface and make your way to the first temple but this excitement is short lived. Before tackling the temple, you are subject to more menial tasks to actually open it, which takes what little wind there was in the game’s sails completely out of it. The temples themselves are a highlight. Fans of Zelda can expect the usual puzzles, gadgets and a variety of enemies to defeat. The boss fights as usual are excellent, each requiring its own unique method to defeat.

My biggest gripe with Skyward Sword HD is the control system. I know this was originally a Wii title, so I gave it the benefit of the doubt and played with motion controls for the first few hours and it handles woefully. What motion the game wants you to do often doesn’t translate to the action that’s being described on screen. It’s incredibly frustrating and I would’ve thought any old issues from the game would have been ironed out in its HD re-release but I was mistaken. Sadly, switching to the analogue controls isn’t much better. Players use the right analogue stick as a means to swing Link’s sword, but it just doesn’t work well. You’ll find yourself swinging the sword aimlessly while taking damage from enemies. Another massive issue is the camera. In analogue mode you must hold in the L trigger while rotating the analogue stick to change the camera, I am not joking when I say this is one of the most annoying camera systems I’ve ever used in a game. I really don’t understand why they couldn’t have stuck with the traditional control system in almost all 3D Zelda titles, as what they have done seriously impacts the enjoyment of the game.

Thankfully, the HD release does have its highs to counter the lows. The graphics are great. You can tell it is a remaster, but the art style is unique enough that it stands out amongst some other Zelda games. Environments are familiar to the average fan, with fire, forest, water and desert areas which are stalwarts in the franchise being present. The story is compelling as well. I was fully invested in it and at times it was the only thing making me continue with the game through the frustration of the controls, because I wanted to see how things will play out.

Skyward Sword HD is enough of a Zelda game that fans of the series will still have a good time playing it. With a strong story and characters that stand out, there is still fun to be had despite the god awful controls that do their best to ruin what would’ve been an outstanding game had it adhered to traditional gameplay mechanics. 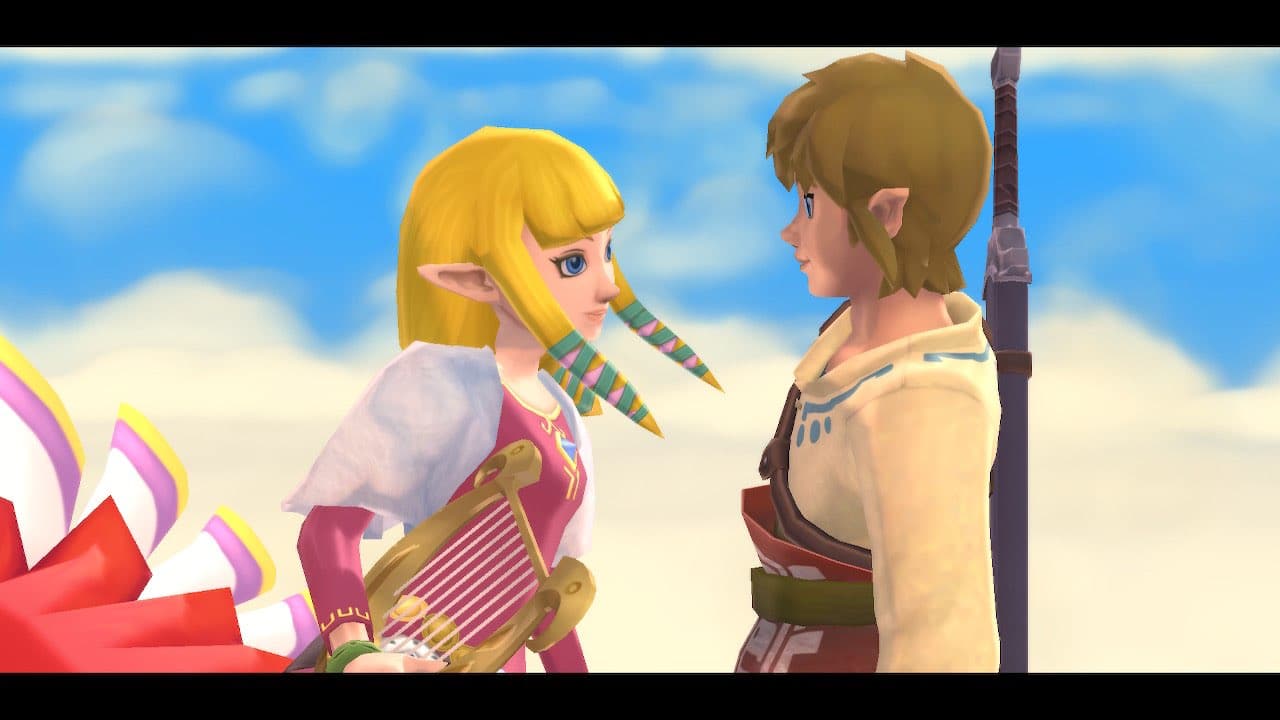 The Legend of Zelda: Skyward Sword HD – Review
Score Definition
You better have to choose if it’s worth spending your spare cash, because it might not be the game for you and it might be for others.
Pros
Great Characters
Compelling Story
Excellent graphics
Cons
Awful control scheme
Fi
Opening of the game
6
Justified