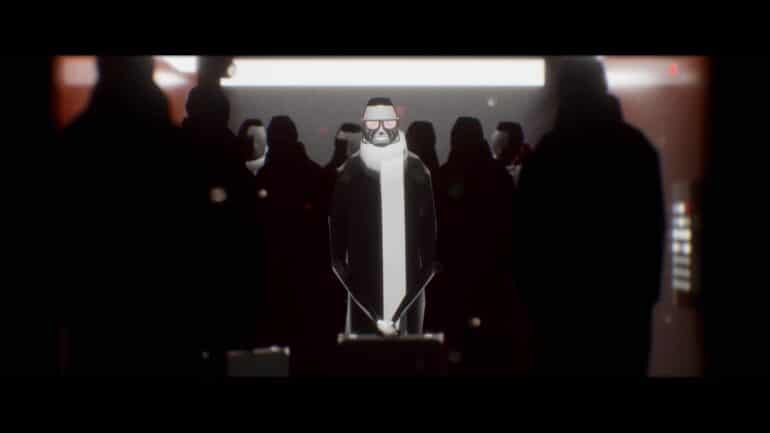 Solo is, by all accounts, an everyday man. He starts the day having breakfast with family. Commutes to his 9-5 job. And returns home… well, he would want to return home. But something strange is stopping him. Why? Who knows why. But getting home is the only thing pushing Solo forward. All that matters is that he gets home.

The Plane Effect is an isometric adventure game. In this game, players take control of Solo, a lonely officer worker who’s trying to get back home in the face of impossible odds. The game promises that it’ll be a remarkable journey expertly brought to life with gorgeous visuals, crafted, and tailored by VFX experts.

The demo starts with a look at Solo’s everyday life – everything from his morning routine to working all throughout the night. We start taking control of him the moment he clocks out. From the obvious lack of tutorials or hand holding, I already can tell it’s one of those figure-it-out kind of games. We don’t usually get these kind of games anymore. Not since telling the player where to go became the norm. But I digress.

The game does allow you to change difficulty in the form of a mode that turns on tooltip icons that show the player what they can interact with. There’s also a mode that allows you to receive hints at your leisure. I chose the tooltips. I believe it’s a fair compromise between the three. I could’ve gone without any assistance at all, but I’ll probably lose it due from the feeling of no progression.

The first puzzle, fittingly enough, required us to get out of the office. After searching around for a bit, I noticed that my options boiled down to picking up a paper air plane, a coat, and a fuse box. Initially, picking up the air plane makes it loop back to its starting position. But after you turn off the power, a device I assume is the heater, turns off too. I didn’t know what to do after that. I interacted with the paper plane again… and lo and behold. It did something different. It actually knocked a keycard off of a light fixture. I didn’t even notice the keycard at all.

So we’re dealing with that kind of game.

It seems like this game is going to do the whole WTF method of problem solving. You know, the ones where it shouldn’t make sense but… for some reason it does. At that moment, I remembered all the point-and-click games I’ve played before. And now, I get to experience them again, as an isometric adventure game.

The next segment of the demo is a bit more forgiving. I won’t be spoiling much beyond my WTF moment in the office, let’s just say that you’ll still need to perform certain actions in a particular sequence in order to progress. What I can say for right now is that you should be checking soda machines for loose change and follow the electrical cables.

To be fair to the game, solving puzzle after puzzle did motivate me to see what happens next. That’s all well and good, until things start dragging along. That’s where the third part of the demo comes in.

After boarding the subway, we see ourselves back on street level. I’ve already known going in that this is going to be some dystopian world we’re inhabiting, but what I saw next is nothing short of depressing. A red barrier activates in regular intervals on the road. I didn’t want to cross the barrier at first, out of fear of losing progress. But after going for so long without any progress, I made a mistake, just in time for drone to fly in off screen to shock me to death.

Why did it have to be drones???

Near the end of the level, there was another drone patrolling the walkway out. I don’t know why a drone would be doing that but that’s how it is. So, to get the drone to move, I had to do certain actions that’ll ensure that its attention lie elsewhere. What resulted was something that came out of left field. You’re just gonna have to find out for yourself. One thing I would say though, a bird can’t have caused that much damage unless the dominoes fell perfectly.

Getting to the end door trigged a new event that sees us back at the office. But with something amiss. Between the shadowy figure watching me from above and the floating furniture around… something is definitely wrong with this world. I needed to get the freakin’ heck out of there.

I passed through the door again. I found myself walking through a field of snow, following a bird as it goes from one location to another. Finally, we see the ghost of a woman who seemingly greets me in the middle of a field. This is the end. Just in time for a giant worm to swallow Solo whole. The Plane Effect demo ends with a message that Solo’s journey doesn’t end here…

I am mostly excited for this title to come out. I have mixed feelings when it comes to the illogical solutions to some of the puzzles. But after knowing more about the game, I think I see how it would play into the game’s overall narrative. We’re just going to have to wait and see.

You can find more about the game here.