Some first impressions on The Planet Crafter: Prologue and what it has in store in the future. 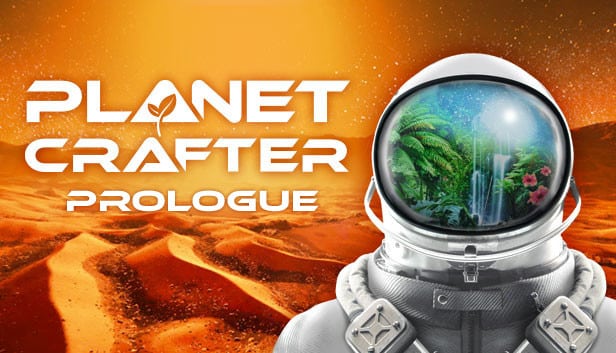 The Planet Crafter is an upcoming open world survival crafting game set on a hostile planet wherein your goal is to terraform it and make it habitable for humans. The full game is set to come out on Q1 of 2022, but players can already download its its demo version a.k.a. the Prologue.

The game immediately puts you inside the crashed drop pod on the planet with an almost inexistent tutorial, however the controls and mechanics are not unlike other survival crafting game. Assuming right now that this will be made easier on the full release, it may take a while to realize how the controls are mapped as the control guide can only be seen when pressing the escape key.

The first activity in any survival game is to gather materials to craft the first tools and build a shelter. In The Planet Crafter, so far in the prologue, the crafting mechanic is as simple as it gets. The player is given a multitool that can gather materials that are scattered across the land and can also instantly build whatever item that has been unlocked.

The players must also manage their food, water, and oxygen levels, or else they pass out. So far, it doesn’t appear that there are heavy repercussions for passing out as the player just gets magically transported back into the base. Food is limited, but there’s more than enough to survive until the farming technology can be unlocked. Water can be be thawed from ice, and oxygen can be replenished by simply entering a habitat or from crafting an oxygen can.

Not so much as a tech tree, but rather the machinery, its upgrades, and base furnishings are locked behind three terraforming stats: oxygen, heat, and pressure. These stats are mutually exclusive and the items are only locked behind one stat. Once a certain level has been reached, a new item becomes available to be crafted. As for the crafting complexity, it’s quite tame and it only gets slightly complicated after reaching the third tier of upgrades. There is also a separate crafting table for suit upgrades and consumables.

Players can also get loot from chests and from exploring crashed ships and abandoned bases. There are no hostiles in the game, at least no mention of adding hostiles as of this writing, and the main focus of the game really is to just give the players a peaceful and chill base building and world changing experience.

The size of the playable map, even in the prologue, is quite huge and arguably, players can benefit from the potential addition of vehicles in the full release, or even an implementation of a multiplayer server so that a lot more ground can be covered in a shorter amount of time. Some players might find the resource gathering part tedious and repetitive as it’s the only method of getting the needed materials so far. It’s yet to be known if automation will be a part of the game in the future.

Not much has been given about the story behind the game. Aside from the drop pod scene in the trailer, the only details that has been made known about the protagonist is that he/she is a convict that has been sent to work on terraforming the planet all alone as punishment. There are several crash sites and abandoned camps across the entire map, but no interactables such as logs or notes can be seen in them yet.

The Planet Crafter’s visuals overall lies somewhere just above average. It tries to achieve realistic visuals, however there are some elements that brings you back to remembering that this is still a game, such as the minerals and resources that are just jutting out of the ground and strewn about.

It does achieve setting its environmental ambience through its various lighting following the day and night cycle and through dust storms and meteor storms. Seeing the huge moons and planets in the open sky provides the feeling of awe and gives scale to the barren landscape.

The main selling point of The Plant Crafter is its terraforming mechanics. As players progress through the stages of terraforming, the environment also changes starting from the sky turning clear and more blue, to seeing more clouds, and eventually seeing the land flourishing with flora.

Personally, I did not even notice the sky gradually turning blue as my focus was mostly on the minerals on the ground and I did not realize that the changes would be that quick. But ever since the first time I noticed the change, it gave me a sense of satisfaction and got me motivated to progress more. To be honest, it was only then that I paid more attention to the terraforming progress and found out that there is a craftable item that lets you see the terraforming status.

The current state of The Planet Crafter in this prologue still needs polishing, though personally, I had a fun 5 hours until I reached the maximum progression that’s available in the demo. I still encountered some visual bugs such as assets disappearing upon installation which required me to rebuild a bunch of stuff in my base, and some slightly more serious bugs such as an item dropped on the ground can’t be picked back up.

The game is still inconsistent when it comes to its base building aspect; both fine-tuned placement and grid placement are present, however it differs from item to item, and there’s no way to toggle between them. It is quite a struggle, especially for people who are particular with placement and alignment like me.

Resource gathering definitely felt like a chore at times, especially because the mined ores do not regenerate, which required longer and longer trips as the area around the base gets cleared, not to mention inventory is limited. Hence, the suggestion of being able to invite friends to play and help out with base building is something that I personally find helpful, especially if the game decides to not delve into automation.

The Planet Crafter will definitely have a hard time competing in the genre, especially that it’s almost similar to games like No Man’s Sky, Astroneer, Surviving Mars, just to name a few. The only defining gimmick makes the game stand out right now is its first person immersion in a terraforming world. Despite that, it’s still a game worth checking, especially if you dig survival and building games. We’ll definitely take another look once we get our hands on the full release of the game.

The Planet Crafter: Prologue is available to download on Steam.