The Signal From Tölva – Review 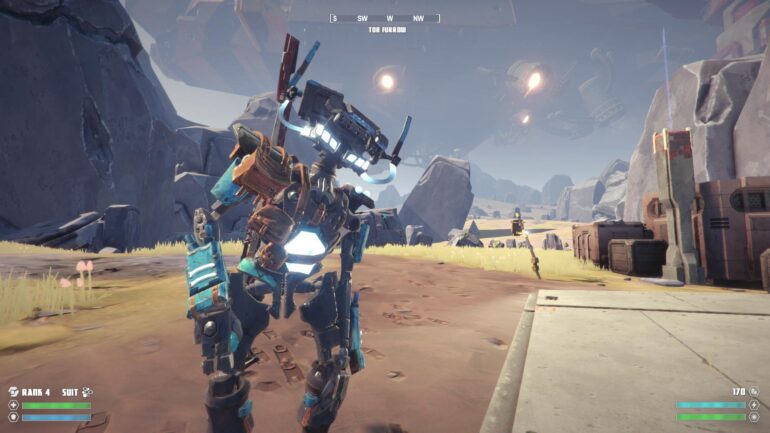 The Signal From Tölva starts with a very interesting premise.  A mining company discovered a strange signal from a planet people thought long dead. You are charged with finding out the source of the signal but you are not alone. There are other factions trying to solve the mystery first. As interesting as that pitch is, only the most basic of that comes off in the game. 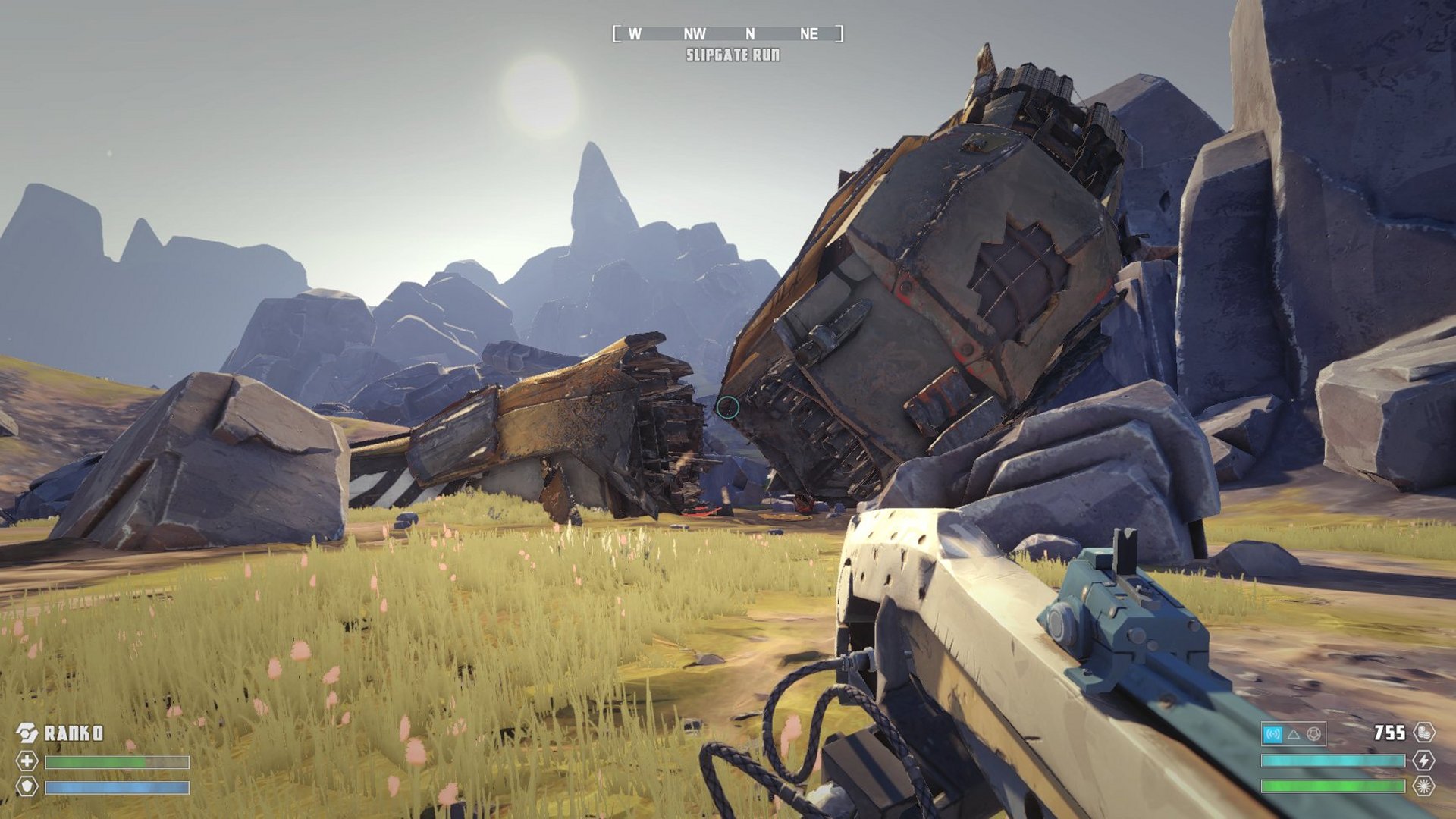 The Signal From Tölva is an FPS adventure game where you try to find the source of the signal from Tolva. It is set in strangely beautiful alien environment. The planet itself is mostly uninhabited except for a few small wildlife you see flying around. The main population of this place are the robots who you and some other faction control.

The environment design of this game is a mix of a whole lot of nothing with droplets of amazing set pieces scattered all around the environment. A particular favorite of mine that you can stumble on early in the game is the remnants of a huge robotic-endoskeleton that has merged with the landscape over time. There are similar set pieces scattered all around the game with varying size and parts but the first time I saw it was just awe-inspiring.

The problem I have with Tölva is that those jaw dropping landscapes are few and far between. Most of the time you are just running through open terrain with various rock formations scattered around. While controlling a surveyor bot is interesting and the robot’s weight as it runs feels heavy, it is just very uneventful for the majority of the time. This sense of emptiness is also highlighted by the sound design. Or should I say lack thereof. I understand that this game is set in a mostly inhabited world and is supposed to be tranquil but the lack of any sound just takes you out if it. No wind, no background noise, nothing. Even when you see other lifeforms around or insects the sound is just nothing.

Luckily walking around aimlessly is not something you do in this game. The map is riddled with bunkers, signal towers and all sort of interesting location that give you a sense of purpose in the game. There are the previously mentioned bunkers where you have to take control over. Ruins or wreckages that contain either items or signal fragments, and potential ambush areas. The bunkers also function as your base. Here you can turn in your missions to gain new rewards. Change equipment and eventually recruit A.Is. 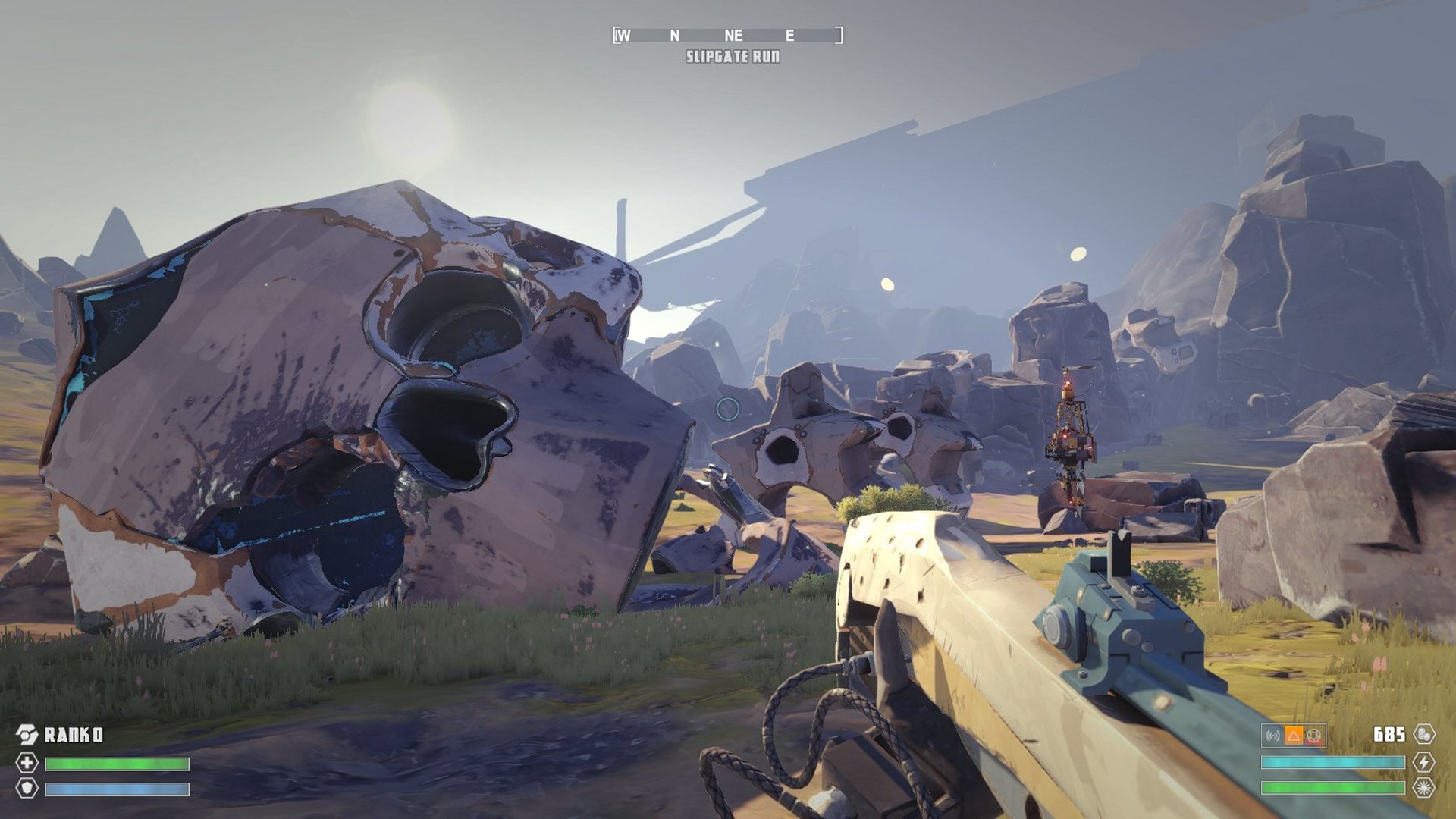 While we are still on the highlights of the map, I would like to talk about the clever way the game handles Fast Travel. The basic premise was that you hacked into a random surveyor bot and controlled it from outer space. This means that if you fast travel, all you have to do is hack a different robot from an area you control. It was smart, but I was saddened when I had always been unable to locate my previous body whenever I revisit a location.

Even if you are controlling surveyor bots, they are strangely well-armed surveyors. They are honestly more like robot scouts than surveyors. They have the ability to carry basic sidearm and two main weapons, both of which you can change at the bunkers. They also have an area attack module which can be modified to either harm or heal other robots. You start off with a standard pulse rifle and what appears to be a makeshift sniper rifle. You will eventually get access to stronger versions of the pulse rifle and the sniper rifle. You get access to other weapons later on as well like a beam rifles and the command module. The command module is how you can bring AI companions with you. Unfortunately it takes up one of your weapon slots. Since the AI companions are very fragile and have an innate desire to get turned into scrap metal, I have avoided this weapon for most of the game.

The design of each weapon is a blend of futuristic and rustic. This actually feeds into the idea of the abandoned futuristic world. A lot of the weapons, especially the sniper rifles, appear to be constructed with long pieces of steel or wood. 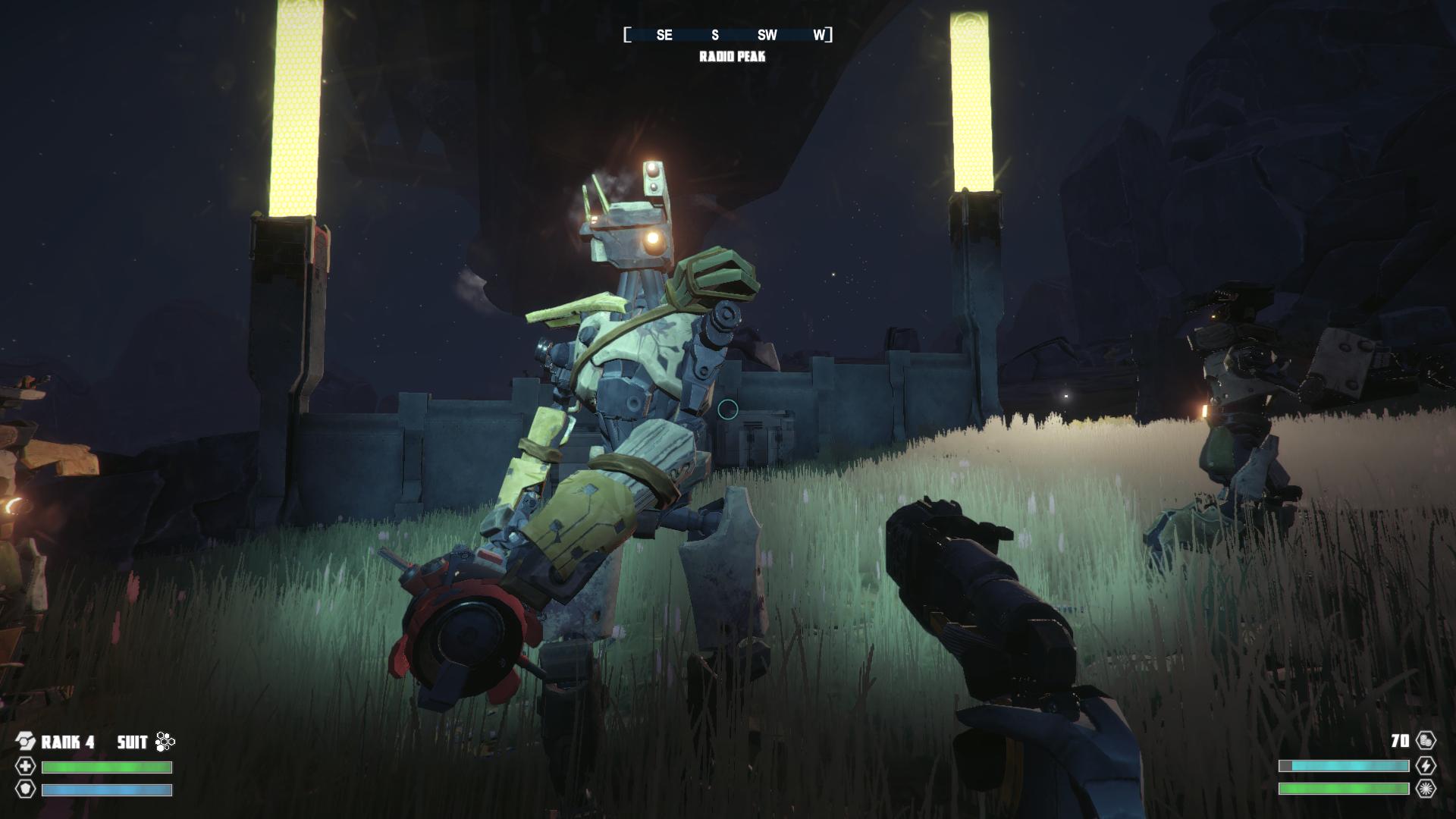 I am not a fan of how the game handles reloading though. All of the weapons in the game are energy based weapons. Based off the gun design and the reload animation, it would be safe to assume that the guns are powered by the same energy that powers the robot you are using. When you reload, you will see energy flow from you into the gun. The problem I have with it, is that it does not get translated in game. Say you have a gun with enough energy for 10 shots and a reload time of 10 seconds as well. You fire off 3 shots, this means that the gun still has 7 shots worth of energy. When you reload, that means you only need to reload 3 shots worth of energy which would take 3 of the 10 standard reload time. No, no. The gun for some reason has to be charged for the entire 10 seconds. This is a huge oversight in my book and a huge disconnect from design and gameplay.

The story of the game is lacking as well. It started strong with the build-up of intrigue but it does very little to keep the player interested. The pieces of information they give you are often too short to elicit any kind of response from the player. It is easy to see someone dropping the game a couple hours in as the limited objective types can get pretty repetitive very fast. While losing a bunker to some rival faction can sometimes give you motivation, it is not really related to the game’s story and I have often find myself just abandoning that bunker since it is in a location that is not that interesting to go back to. The progression system is also not varied enough to make you want to rank up any faster.

The Signal From Tölva has a lot of ideas but ultimately fails to follow through with a huge majority of them. While combat is fun, a huge part of why it is fun is because it is a break from how monotonous the game is. While the design for weapons and some parts of the terrain are interesting, the rest of the game just does not live up to it. The game, like the game-world you explore, is empty for the most part with some interesting pieces scattered here and there.

The game is a good buy depending on your preferences of what a “good buy” is.
Read our Review Policy to know how we go about our reviews.