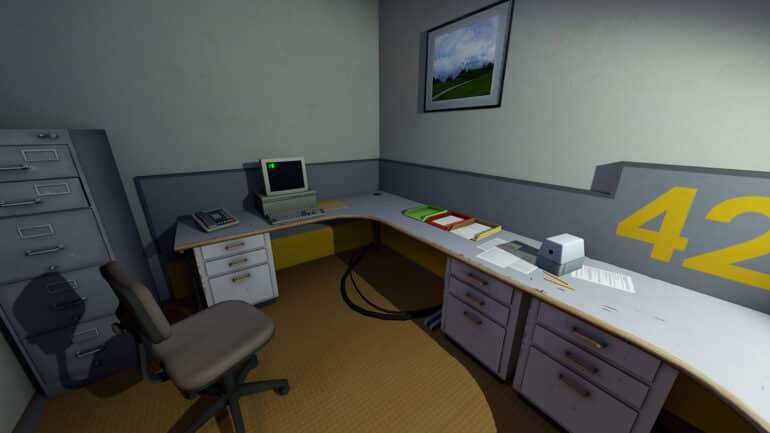 Crows Crows Crows has finally revealed The Stanley Parable Ultra Deluxe release date and the platforms it will be available on.

The Stanley Parable is a mysterious game where players take on the role as the unnamed employee numbered 427 who explores the office workspace. It offers multiple endings that range from sensible to the most ridiculous and sometimes controversial. Crows Crows Crows (no, you are not having a stroke) previously revealed the Ultra Deluxe Edition and said it would offer a lot more content in a big way. Now, the moment everyone has been waiting for is finally here, the release date.

The Stanley Parable Ultra Deluxe is the re-imagining of the original indie game and now it will come to PC via Steam, Nintendo Switch, PS4, PS5, Xbox One, and Xbox Series X/S this coming April 27, 2022. See? It matches the number of employee number 427!