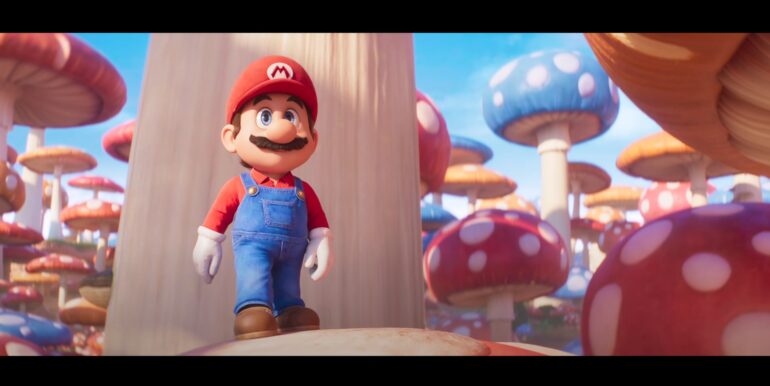 Nintendo has finally released The Super Mario Bros Movie Official Teaser Trailer together with some appearances of the voice actors.

The teaser trailer was revealed in its own awesome Nintendo Direct with Shigeru Miyamoto introducing it. He also introduced some important people behind this new endeavor like CEO of Illumination Chris Meledandri and the first two voice actors for the upcoming animated film, Chris Pratt as Mario and Jack Black as Bowser. Each introduced their roles in this film and after a bit of explanation, Miyamoto then pressed the button to start the trailer.

The teaser trailer first revealed the arrival of a huge levitating ship that Bowser and his legions of koopas drive into this country that seems to be in the north with lots of ice. As they depart the ship and prepare for the invasion, they are caught unaware by the occupants, which are penguins that can talk. They had the initiative but unfortunately, they were only throwing snowballs at their opponents, which looked hilarious. Bowser found that boring and quickly toasted their castles with his fire breath. He then captures a star.

The scene then cuts to the arrival of our lovable red plumber, Mario. At first, he was confused but then saw the mushrooms surrounding him and tried to touch a blue one. Toad then appeared out of nowhere to warn him not to touch the mushroom because it could be poisonous. He was then led to another area and was going to the Mushroom Kingdom.

There were some short scenes shown too in just a few seconds which featured Luigi running away from skeleton turtles.

The Super Mario Bros Movie will be in theaters on April 7, 2023.